Kent State fell short to Northern Illinois in the Golden Flashes' bid for a Mid-American Conference Championship, which would have been their first conference title since 1972. 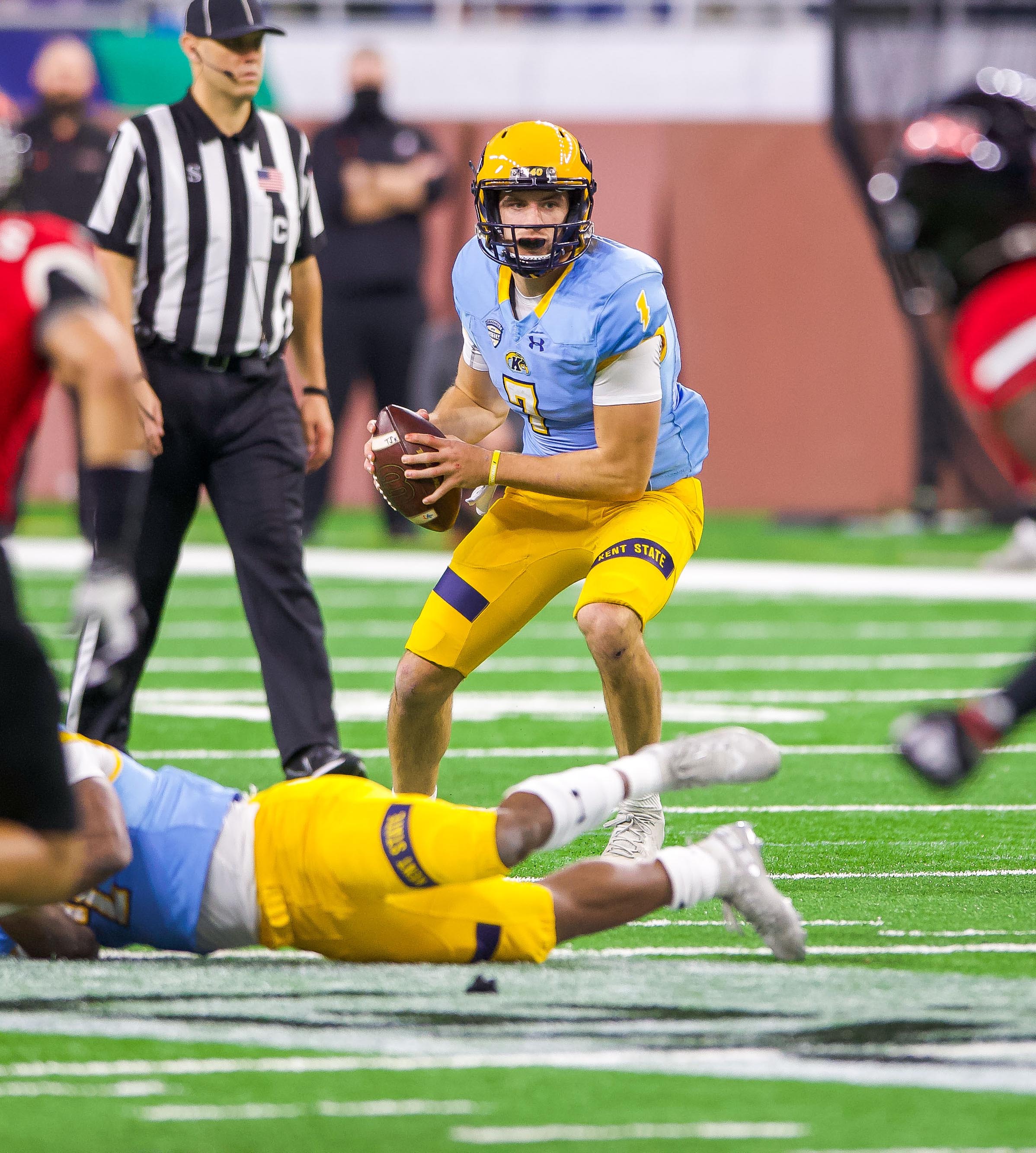 Dustin Crum Looks to Pass
The Huskies led 17-0 early in the second quarter and 24-10 at the end of the third quarter.

The Golden Flashes wore gold helmets with the logo of the 1972 team on Saturday. The 1972 squad had been the lone Mid-American Conference champion in program history; several members of that team attended this year's championship game.

The Mid-American Conference Eastern Division champion Golden Flashes (7-6) accepted a bid to take on Wyoming (6-6) in the Famous Idaho Potato Bowl on Tuesday, Dec. 21 at 3:30 p.m. Eastern and will air on ESPN and the Kent State Radio Network.