The first showdown of Kent State's offensive and defensive units ahead of Tuesday's bowl game came not in pads and helmets but in hairnets and aprons.

The two sides did battle in a competition to feed the needy by working together to package as many meals as they could in a one-hour period. Players and coaches spread out in the gymnasium of Bishop Kelly High School and worked as fast as they could to package rice and other ingredients to make jambalaya. 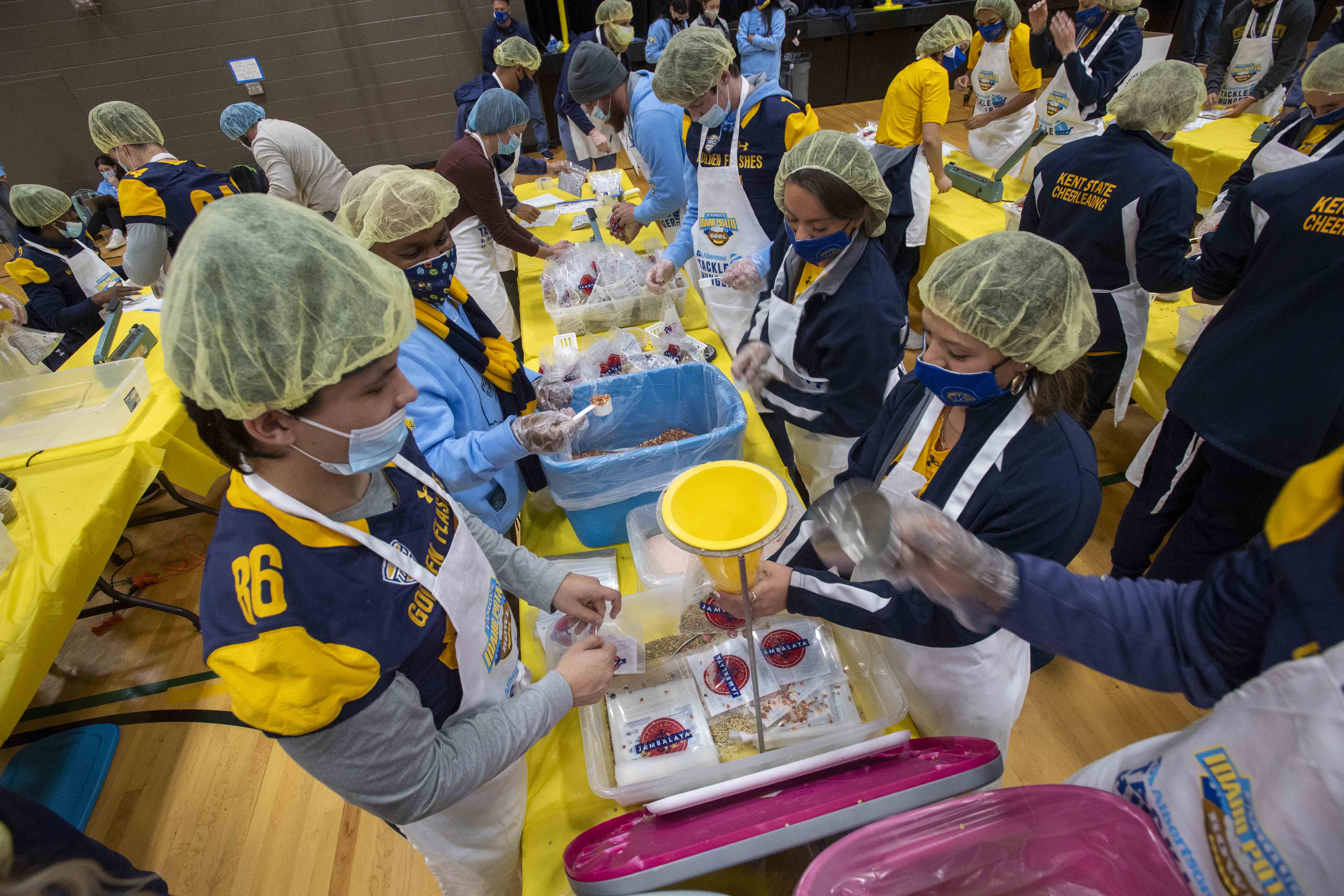 With blaring rock music creating an upbeat, competitive atmosphere that included a bell ringing each time a new box was filled, the two sides took it right down to the final seconds.

"We're over there packing food for the hungry, and we've got an assembly line and try to beat the defense like we do in everything," said Isaac Vance, receiver.

"It's a great team activity. There's a lot of competition between the offense and defense to pack the most boxes," said Sam Allan, center.

Head Coach Sean Lewis took part and packed meals for the defense. The final score was close, but the offense eked out the victory. Together, the assembly lines packed more than 40,000 meals that will be distributed throughout the Treasure Valley area of Idaho.

Feeding Children Everywhere provided volunteers to support the event, which was sponsored by Albertsons Grocery.