Governor Names Christian Palich to Kent State Board of Trustees

UPDATED 7/5/22: The below press release has been updated with Christian Palich’s new job.

Ohio Gov. Mike DeWine has appointed Christian Palich of Plain City, Ohio, to the Kent State University Board of Trustees. Palich will serve through May 16, 2031. He succeeds Virginia Addicott, who completed her nine-year term on the Board. 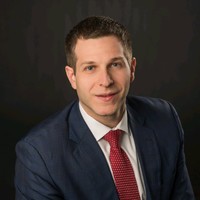 A Kent State alumnus, Palich is vice president of public affairs for the firm Taft, Stettinius & Hollister, where he advocates on behalf of clients in multiple sectors in Washington, D.C.; Columbus, Ohio; and states across the nation. He is a proud Northeast Ohio native, born and raised in Cortland, Ohio, where he attended Maplewood High School.

Palich earned a bachelor’s degree in political science in 2009 from Kent State. Upon graduation, he began his professional career on the first campaign for U.S. Rep. Bill Johnson. Palich served several years in a variety of roles on Capitol Hill as well as in the U.S. representative’s district office, gaining valuable experience in public policy and the legislative process.

In 2013, Palich was selected as president of the Ohio Coal Association, the state’s oldest energy trade association. He led that organization for nearly four years, advocating policymakers at both the state and federal levels. In 2016, he was named one of the “20 People to Know in Energy” by Columbus Business First.

Palich returned to public service in Washington, D.C., in 2017 as he was appointed by the president of the United States to serve as senior political staff at the Environmental Protection Agency. He served as a deputy associate administrator of congressional affairs for the EPA administrator, and his chief responsibility in this role was to interface with the U.S. Senate on confirmations and EPA legislative priorities.

Prior to joining Taft, Stettinius & Hollister, Palich worked in Columbus, Ohio, as vice president of government and external affairs for Eagle Forge Services Company LLC, an energy company operating in several states across the country.

“As a proud Kent State alum, I want to thank Gov. DeWine for appointing me to serve on the university’s Board of Trustees,” Palich said. “It is truly humbling to have the opportunity to serve my alma mater and contribute to the bright future of such a great institution.”

Photo Caption:
Christian Palich of Plain City, Ohio, has been appointed to the Kent State University Board of Trustees by Ohio Gov. Mike DeWine.