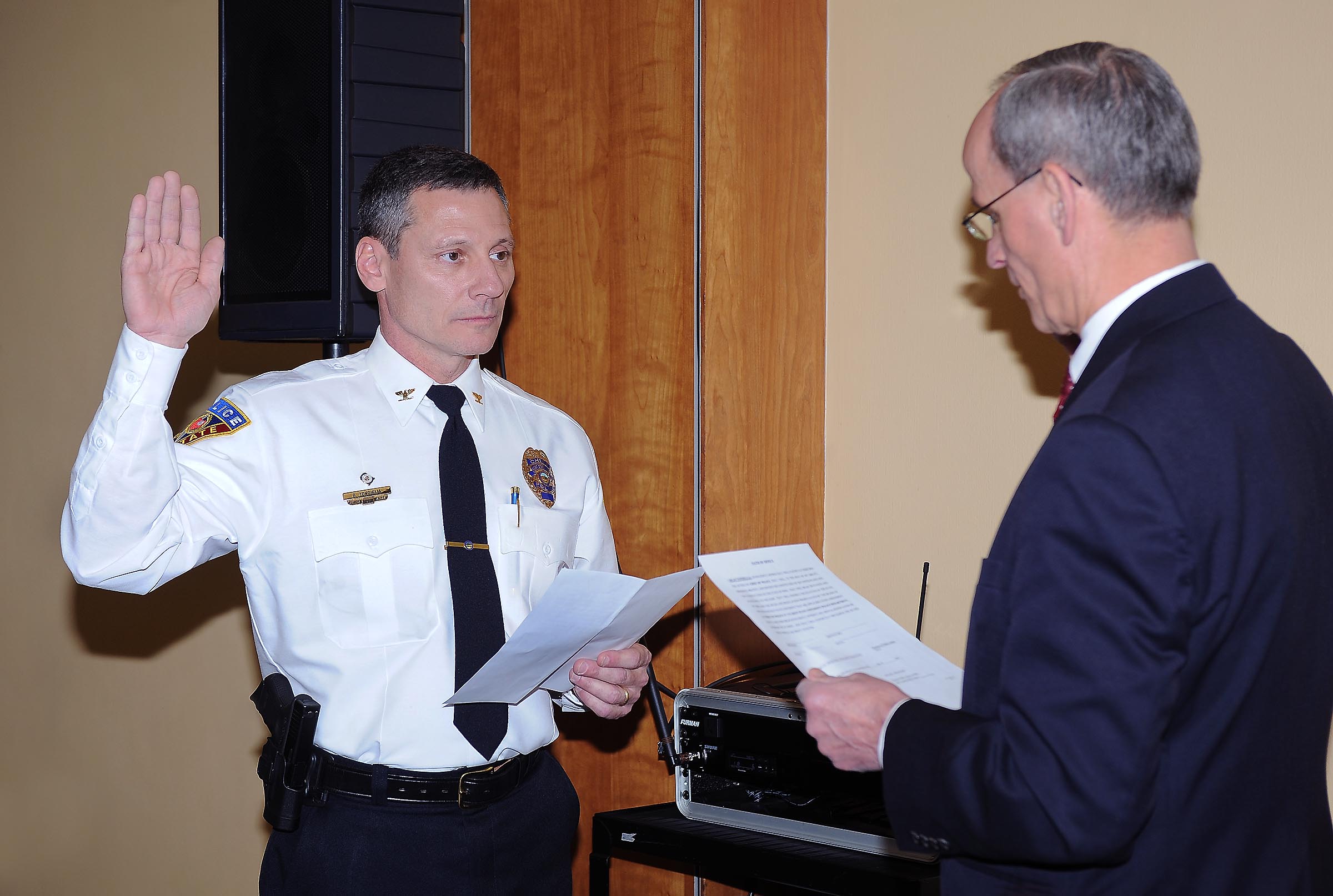 “I am honored to have the opportunity to lead the Kent State Police Department and consider myself fortunate to be working with such an outstanding and professional staff that is committed to providing the university community with the best law enforcement services possible,” Tondiglia said. “I have been part of the Kent State community for more than 30 years, and I am proud to be associated with a truly great university. As chief, I will continue to do everything in my power to keep this community safe and provide our community members with the outstanding police services they deserve.”

Tondiglia first joined Kent State in 1981 and has risen through the ranks in the police department. During his 30-plus years of service, he has held many positions including patrol sergeant and investigations lieutenant. In 2000, he was promoted to the position of assistant chief and associate director of public safety where he was responsible for the Police and Auxiliary Operations Unit. During his tenure, Tondiglia also has had the opportunity to manage all areas of the department and serve as the operations commander, accreditation manager and budget officer.

Tondiglia has received a number of awards and honors, including Kent State Police Department’s Officer of the Year and Kent State Business and Finance Leadership Award. He also was selected as a Gold Standard Assessment team leader for the Commission on Accreditation for Law Enforcement Agencies (CALEA). He is a member of the Fraternal Order of Police, Ohio Association of Chiefs of Police and the Association of Public Safety Communications Officials, and he has served as an instructor in the Ohio Peace Officer Basic Training Program.

Tondiglia received his bachelor’s degree in criminal justice studies and master’s degree in public administration from Kent State. He also is a graduate of the 178th session of the FBI National Academy and the Police Executive Leadership College, and he attended the Kent State Leadership Academy and the FBI Law Enforcement Development Association’s Great Lakes Leadership Command College. Tondiglia currently serves as an assessor and team leader for CALEA, evaluating other police agencies around the country. At Kent State, Tondiglia also served on the University Diversity Action Council.

Peach said he is very happy for Tondiglia.

“I recommended Dean for this position, and I’m very happy for him and supportive of him,” Peach said. “This will be a natural transition since Dean is a longtime employee of the university and Police Services. The university community should not notice any change in its delivery of services.”

Tondiglia has the support of the university’s administration.

“As a longtime member of the Kent State police force, Dean knows the university well and is committed to keeping our community safe,” said Gregg Floyd, Kent State’s senior vice president for finance and administration. “I know he will serve in this new role as chief of police with the same level of excellence and dedication as his predecessor.”

Floyd also commended Peach for the many accomplishments during his tenure as chief, adding that he is pleased Peach will be continuing in his role as director of public safety.