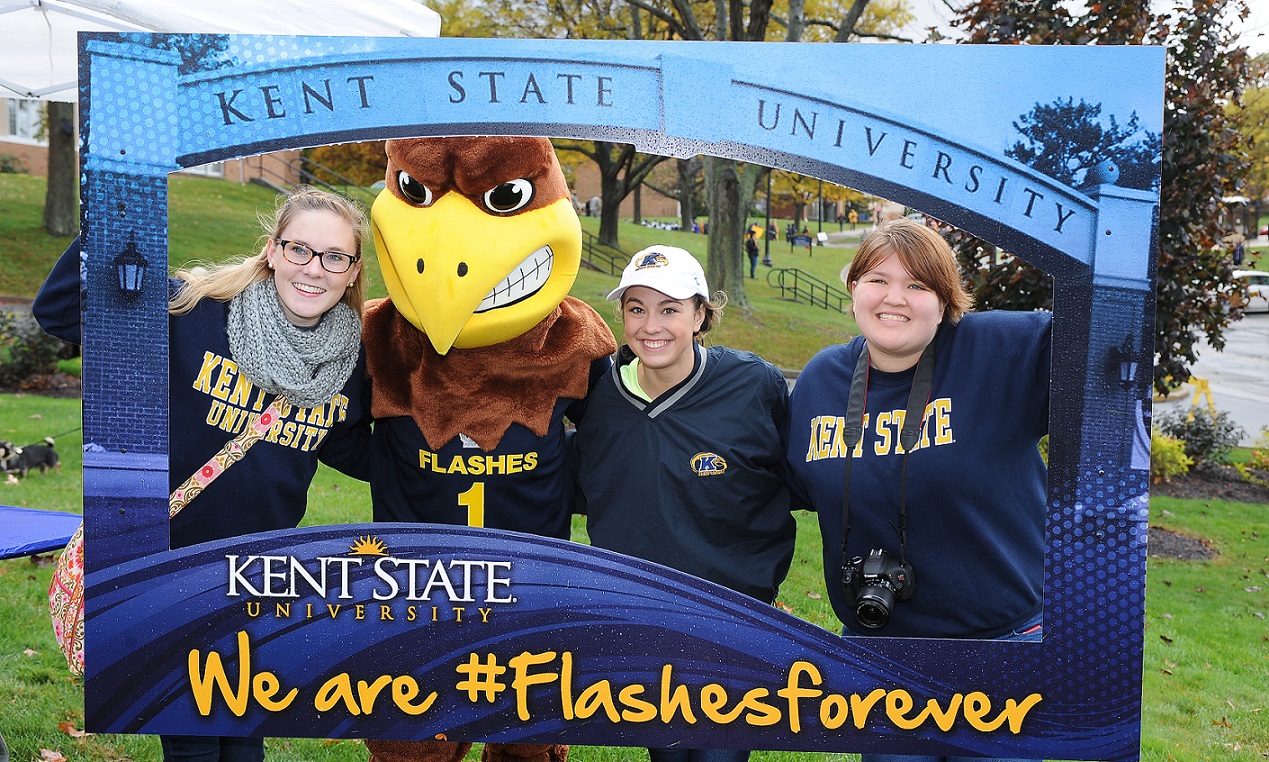 Kent State University will celebrate Homecoming on Saturday, Oct. 3. Kent State alumni, students, faculty, staff and the community are invited to come together to celebrate and enjoy a fun-filled weekend of events, including the Bowman Cup 5K Race, Homecoming Parade and football game against the Miami University RedHawks.

This year’s homecoming will feature Kent State alumnus and Super Bowl champion Julian Edelman as the Parade Grand Marshal. Edelman was a starting quarterback for the Kent State football team from 2006-2008. He is a wide receiver for the New England Patriots, and he helped the Patriots to a Super Bowl XLIX victory this past February.

The Kent State Homecoming Parade steps off at 11 a.m. The football game kicks off at 3:30 p.m. at Dix Stadium.

Before the football game, live music by Tricky Dick & the Cover-Ups will be featured at the new Tailgate Party at Dix Stadium starting at 1 p.m. A great event for any Kent State Golden Flash, the gathering will feature a food truck, face painting area, games and a chance to win prizes.

Other highlights of the day include open houses at the May 4 Visitors Center; new Center for the Visual Arts; the Student Recreation and Wellness Center; College of Education, Health and Human Services; College of Nursing; and tours of downtown aboard Lolly the Trolley, a Flash Photo Zone and a faculty lecture on the “Flapper Fashions of the 1920s.”

For more information about Kent State’s Homecoming 2015, including a full schedule of events, visit www.ksualumni.org/homecoming.

Kent State Celebrates the Return of Homecoming to Campus
Save the Date for Kent State’s Homecoming 2021
Join Us for Homecoming 2020 and Parents and Families Appreciation Week
Information
Mailing Address
P.O. Box 5190
Kent, OH 44242-0001