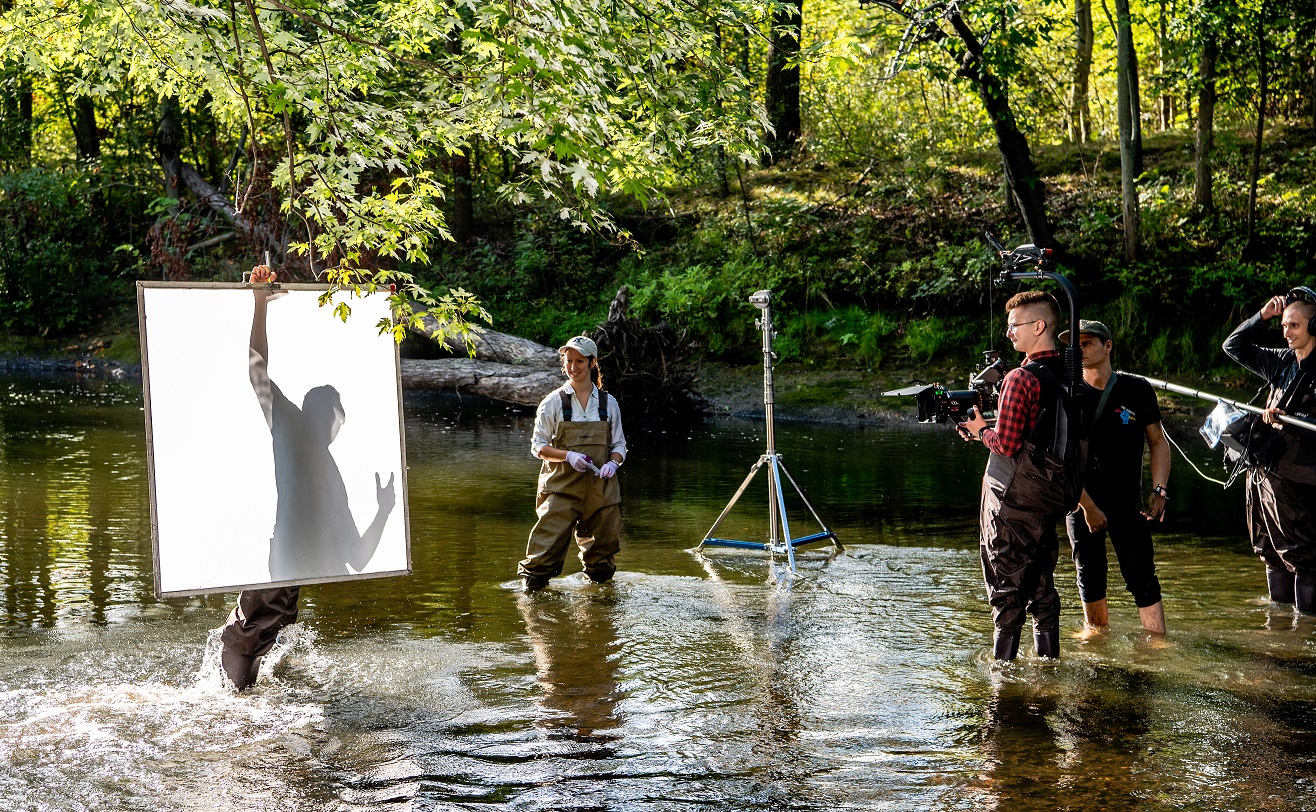 A video crew gets footage of a Kent State University nursing student for the new Kent State TV commercial. 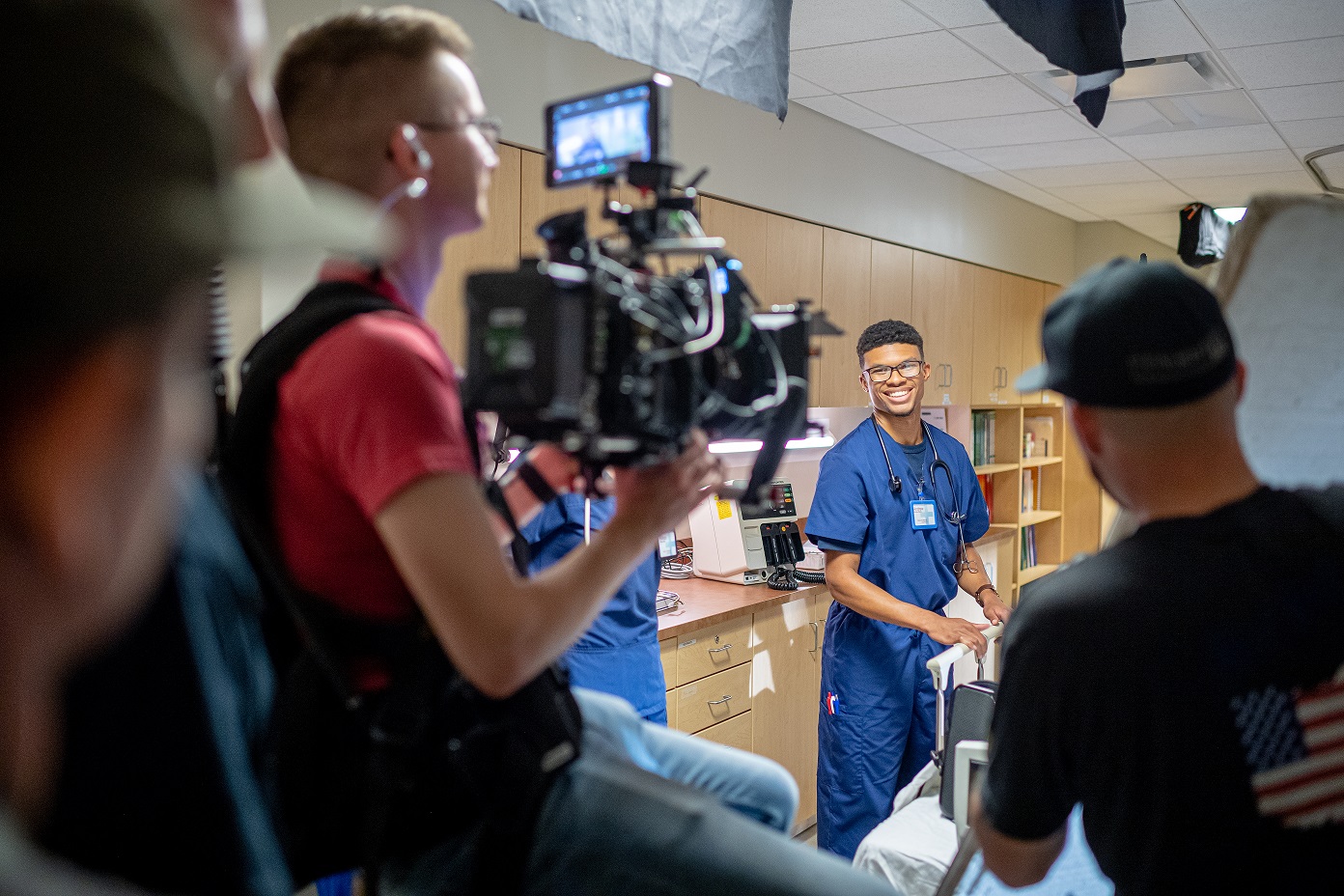 An ecology student testing water in a river. A nursing student assisting a patient. A music student performing onstage. These are just three of the 30 Kent State University students featured in the new Kent State TV commercial that was developed and produced entirely in-house by Kent State staff members who are all Kent State graduates.

The commercial illustrates the many paths students can take at Kent State to develop their definition of success and then pursue it with passion and purpose.

“We are fortunate to have such talented students who are real-life exemplars of Kent State’s brand promise of finding your purpose and making an impact on our world,” said Karen Clarke, Kent State’s senior vice president for strategic communications and external affairs. “We’re very proud of the Kent State team that created and produced the TV spot. It was a true Kent State effort.”

“We wanted to use real Kent State students to represent areas they are truly passionate about,” said Jon Jivan, new media specialist in University Communications and Marketing at Kent State. “I think that authenticity shows in the end result, giving this spot a much stronger and genuine emotional pull.”

“Typically, when a university wants to produce a high-end commercial, they will reach out to an advertising agency months in advance,” said Jivan, who served as the commercial’s director. “The ad agency will generate concepts, write scripts, storyboard and then ultimately will produce and edit the commercial. This process can be very expensive. At Kent State, we – communications staff members – generate the concepts, write the scripts, storyboard, hire a crew, rent video equipment, shoot and edit the commercial.”

In addition to the students who appeared in the commercial, Kent State students also were involved in the production staff, aligning with the university’s Students First priority. Three current Kent State students, who work on the University Communications and Marketing video team, engaged in hands-on experiential learning by working on the project.

“They are all current digital media production students who intend to produce videos professionally after graduation,” Jivan said. “Working on a professional set gives them a rare look into how a production works and allows them to meet and work alongside local industry professionals.”

The commercial also boasts a first for Kent State: This is the first commercial to feature custom music. Composer Terry Geer, a Kent State alumnus, produced the music for the commercial.

“Terry wrote a melody for a cello, which Viviana, the featured cello student, performed on set for us,” Jivan said. “Terry took that recording and mixed it into the final music you hear in the commercial, so when you hear a cello, you are actually hearing Viviana.”

Filming took place over five days at various sites on the university’s Kent and Salem campuses, as well as at Akron-Canton Airport, Munroe Falls Metro Park in Tallmadge and Tannery Park in Kent.

The new Kent State TV commercial will air in September to November in the Cleveland, Columbus, Pittsburgh and Cincinnati markets.

For more information about University Communications and Marketing at Kent State, visit www.kent.edu/ucm.