Kent State University’s Center for Applied Conflict Management is transforming into a new School of Peace and Conflict Studies this month. The change better reflects Kent State’s reputation as a leading institution of research, teaching and practice in constructive conflict management, and elevates the center from a unit within the Department of Political Science to a school in the College of Arts and Sciences. 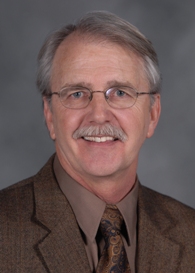 The original center was established in 1971 as the university’s “living memorial” to the four Kent State students who were killed by the Ohio National Guard on May 4, 1970, during a demonstration against the U.S. war in Vietnam and Cambodia. Throughout its history, the center’s mission has been to promote constructive and peaceful mechanisms of social and political change.

The new School of Peace and Conflict Studies will have seven full-time faculty members, two of whom were recently hired for the start of the school on Aug. 21. The school will initially be headed by Patrick G. Coy, Ph.D., Kent State professor of political science and longtime director of the Center for Applied Conflict Management. A national search for a new director will be conducted this fall, which will bring the school’s faculty total to eight in 2018.

“Establishing a School of Peace and Conflict Studies is the logical next step for Kent State, which had the foresight to make a substantial leadership commitment to this field back in 1971,” Coy said. “We have a vibrant, award-winning faculty researching and teaching about the critical issues facing our communities in the 21st century, including violence, conflicts and peace with justice. With the higher profile and increased resources of a school, even more can and will be done in these important areas, further cementing Kent State’s leadership role.”

Faculty members from the new School of Peace and Conflict Studies will oversee the College of Arts and Sciences’ popular undergraduate Applied Conflict Management major and minor, teaching courses in mediation, cross-cultural conflict management, nonviolence, negotiation, conflict in the workplace, environmental conflict resolution, gender, power and conflict, and international conflict resolution among others.

In cooperation with Kent State’s Division of Student Affairs, the school will support and staff the campus-based Student Mediation Services program, and continue to house Research in Social Movements, Conflicts and Change, a peer-reviewed series published since 1977 by Emerald Publishing of the U.K.

Kent State’s peace and conflict studies undergraduate program is one of the country’s oldest and largest, enrolling more than 1,000 students in its classes each year. Students are taught applied skills in the constructive management of conflicts on the international, community, workplace and relationship levels. School faculty also will teach in the political science doctoral program, which offers a track in conflict analysis and management.

The school also will promote working groups centered on constructive conflict themes that faculty and students can affiliate with. For example, a faculty research group on identity-based conflicts is already forming to spur research, external grant applications and impactful publications.

Four Years Ahead: An 18-Year-Old Kent Student Will Graduate From Kent State This Spring
Kent State Ranks in Top 20 in the Nation for Library and Information Studies Program in U.S. News 2022 Best Graduate Schools Rankings
E. Timothy Moore’s Life, Legacy to Be Honored With Scholarship