UPDATE 4/26/17 - The public lecture by Don Witkowski that was scheduled for April 28 at noon has been canceled. Read more here. 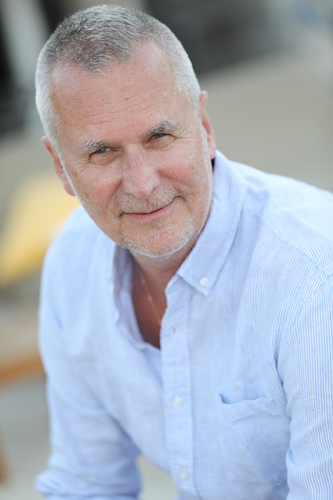 “Don Witkowski is a humble yet amazingly impactful force in menswear,” said J.R. Campbell, director of Kent State’s Fashion School. “His leadership roles at Donna Karan, Nautica, John Varvatos and Michael Kors prove that he is an active and much-sought contributor to successful brands. Those who have worked with Don speak about his ability to get things done in high-productivity, high-stress environments. He is an excellent example of the ethos of Kent State University.”

Witkowski also will give a free, public lecture at noon on Friday, April 28, in the Rockwell Hall Auditorium on the university’s Kent Campus. The lecture precedes the annual fashion show’s 2 p.m. matinee and 7 p.m. awards show.

About Don Witkowski
Don Witkowski is the president of the Men’s division at Michael Kors, where he oversees the global expansion of the Michael Kors men’s business. He is an industry-recognized executive with more than 25 years of experience in fashion. Through his leadership and passion for merchandising, he has built and guided several of the world’s largest retail and wholesale enterprises.

Witkowski is a native of Cleveland and was a psychology major at Kent State. While at Kent State, he worked seasonally for May Company Department Stores, and upon graduation was offered a position in the buyer training program. After five years at May Company, news of his talent traveled to Barneys New York. The famed New York department store approached him to move to New York and become a buyer. He remained there for several years, working under the Pressman family, gaining a vast knowledge of the fashion merchandising and retail business. Following his career at Barneys, he left the retail side of the industry to learn the wholesale business. He served as vice president of Men’s Sales and Merchandising at Calvin Klein for three years before being asked to rejoin Barneys as the vice president and divisional merchandise manager of Men’s Sportswear and Tailored Clothing. While at Barneys, he helped with the expansion of the Madison Avenue and Beverly Hills locations.

Following his time at John Varvatos, Witkowski was asked to rejoin Michael Kors as president of Men’s. Working closely with his team of designers, merchandisers, sourcing and sales experts, Witkowski is helping to lead the global growth of the Michael Kors Men’s Division.

Photo Caption:
Kent State University’s School of Fashion Design and Merchandising has named Don Witkowski, a Kent State alumnus and president of Men’s at Michael Kors, as its 2017 Hall of Fame inductee.