Live Chat
Kalin Bennett (left) is congratulated Nov. 6, 2019 by his teammates for playing in his first college basketball game.

The Kent State University men’s basketball team started the 2019-20 season off on a high note with four players scoring in double figures for a 97-58 opening-night victory over the Division III Hiram Terriers at the Memorial Athletic and Convocation (MAC) Center on Nov. 6. 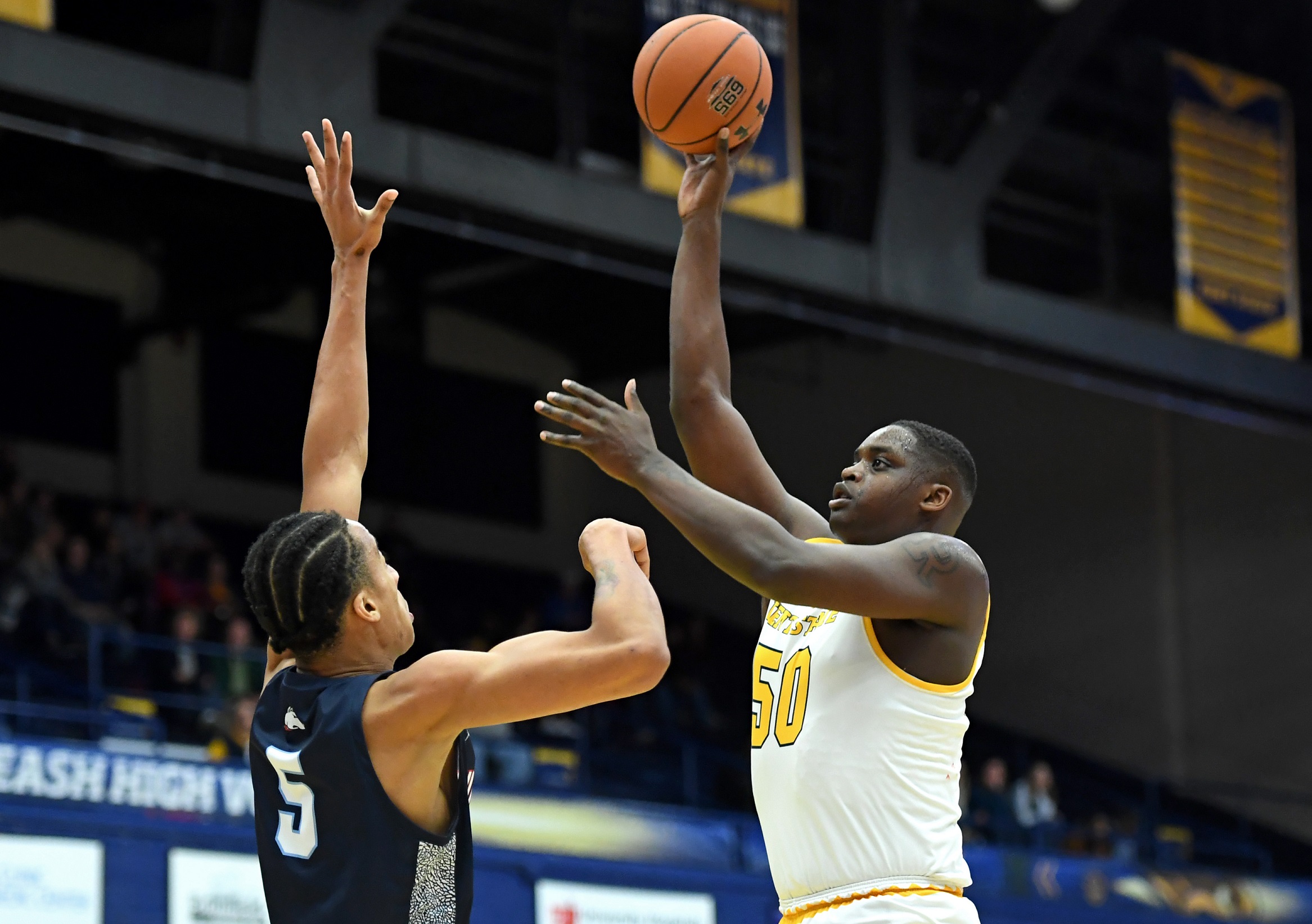 Freshman Kalin Bennett, the first true freshman diagnosed with autism to sign a letter of intent in Division I men’s basketball, made history when he checked into the contest. The Little Rock, Arkansas, native doubled down by hitting a hook shot in the lane for his first collegiate bucket.

Bennett finished with two points, two rebounds and a block in his near six minutes of action. He was one of 12 different Golden Flashes to score in what was a balanced scoring effort.

The Flashes had to fend off a feisty Hiram squad in a back-and-forth first half. The Terriers led 30-24 midway through the first half, thanks in part to Sherman Dean III’s 17 first-half points, Dean would lead all scorers with 19. But Kent State closed the half on a 16-1 run with five different players contributing to the run and led 40-31 at the half.

Senior Troy Simons, who made his debut, helped put the game out of reach right out of the halftime break. The New Mexico transfer scored nine points in just under 90 seconds and capped the overall Kent State run at 33-4 across both halves.

Simons finished with 17 points and was one of four Flashes in double figures. Sophomore Anthony Roberts led the team with 18 points while seniors Antonio “Booman” Williams added 17 points and four steals. Danny Pippen, playing in his first college game in 17 months, added a double-double with 11 points and a game-high 11 rebounds.

The Golden Flashes will look to build off the momentum as they head to Baltimore to take on the Towson Tigers on Monday, Nov. 11. Tip time is set for 7 p.m.

'Title IX not only changed my life, but literally saved my life'
At 50, Kent Student Center Is Still the Heartbeat of the Campus
Wanna be Confident as Boss? LaunchNET Has Just the Course for You
Information
Mailing Address
P.O. Box 5190
Kent, OH 44242-0001