The Kent State University community mourns the loss of former university president Brage Golding, Ph.D. Golding was appointed Kent State’s eighth president in 1977 and served in that role until his retirement in 1982.

Golding was born in 1920 in Chicago, Illinois. He earned his Bachelor of Arts and doctorate in chemical engineering. He also served in the military during World War II. 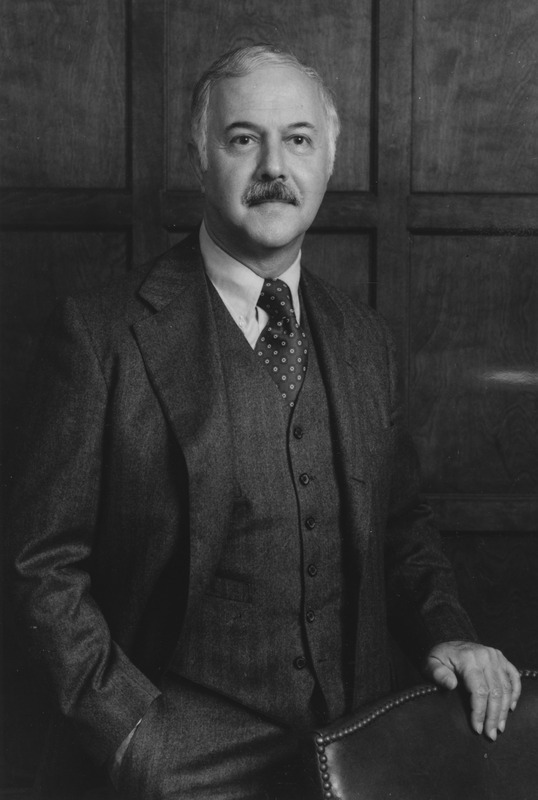 “On behalf of the Kent State University worldwide community, I express sympathy to the family and friends of President Emeritus Golding,” Kent State President Beverly Warren said. “Our university owes a debt of gratitude for his leadership and dedication to our core mission of graduating students to lead productive lives.”

Golding is responsible for establishing the Kent State University Museum, along with the Shannon Rodgers and Jerry Silverman School of Fashion Design and Merchandising. Golding, seeking a means to re-establish the relationship between the university and the community in the late 1970s, realized that the Jerry Silverman annual fashion show, held at the Kent Student Center, brought members of the Kent community to campus. At the same time, Silverman and Rogers were seeking a home for their extraordinary collection of fashion and decorative art. Golding saw the potential for a museum and offered not only a building to house the collections, but a curriculum in fashion design and merchandising.

In 1992, the Brage and Hinda Golding Endowed Scholarship was established by the Chestnut Society. The society supports major university programs in the arts and generously donated the funds for a scholarship in Golding’s honor. The scholarship is awarded to a fashion design and merchandising student who demonstrates academic achievement as well as financial need.

The Kent State Board of Trustees unanimously approved the resolution to confer the designation of President Emeritus to Golding on Sept. 30, 1982.