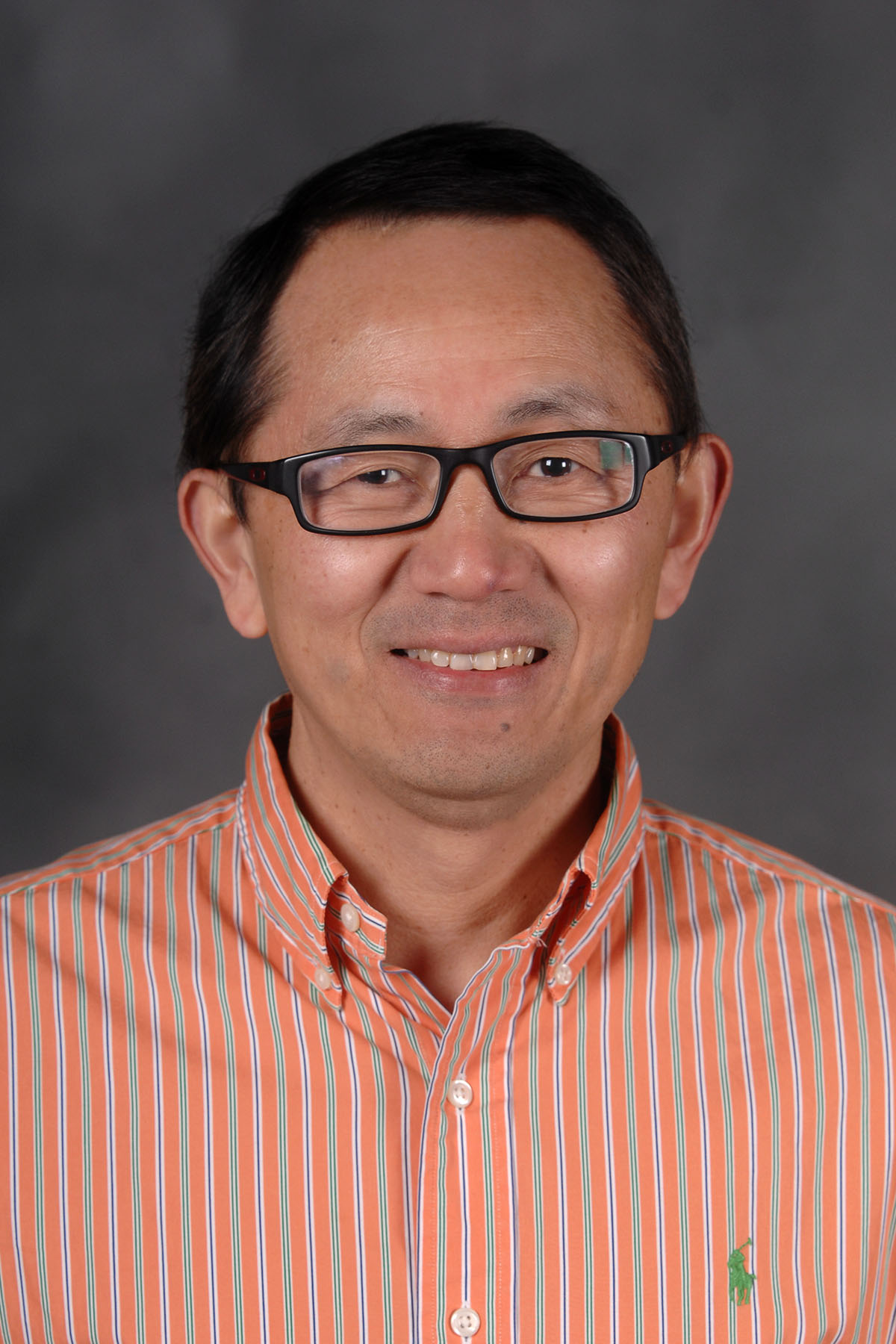 Senior Research Fellow Quan Li, Ph.D., and his research group at Kent State University’s Liquid Crystal Institute®, in the College of Arts and Sciences, have published a research article in the March 17 issue of Nature that could lead to a variety of breakthrough device applications and other industrial opportunities.

The publication is the result of close collaboration between Li’s team and his long-term collaborator Timothy J. Bunning, Ph.D., chief scientist of the Materials and Manufacturing Directorate at the Air Force Research Laboratory at the Wright-Patterson Air Force Base in Ohio.

“Dynamic, remote and three-dimensional control over the helical axis of CLCs is desirable, but challenging,” Li said.

Li, a 2014 Kent State Outstanding Research and Scholarship Award recipient, and his group have been working on this project since 2009, when he was awarded a five-year research grant from the Air Force Office of Scientific Research. He is “excited and honored” that, in close collaboration with Bunning, his team’s work has been disseminated by Nature, the leading and most highly cited, peer-reviewed interdisciplinary science journal in the world. For this Nature article, Li’s team includes Zhi-gang Zheng, Yannian Li, Hari Krishna Bisoyi and Ling Wang.

“The phenomena reported by Quan Li’s group is another example demonstrating the universality and the power of the concept born in the Liquid Crystal Institute and will add another lineage to the family,” Yokoyama said.

The potential applications of Li’s research are numerous. Apple devices, for example, already utilize some of these concepts like photo alignment. Yokoyama believes that they have only scratched the surface of industrial applications for these discoveries.

“We believe there are much bigger industrial opportunities,” Yokoyama said. “The strength of the Liquid Crystal Institute is its breadth of expertise covering basic and applied research. We will see applied devices to come utilizing the scientific breakthroughs made here.”

Li sees his research as potentially opening doors and may provide the impetus for many other discoveries and applications.

“The material can potentially be employed in non-mechanical, two-dimensional beam steering, spectrum scanning, free-space optical communication, adaptive-optics systems and phased-array radar, and other photonic devices,” Li said. “This work is a step toward the realization of complex, light-activated smart systems and dynamic, reconfigurable three-dimensional architectures in self-organized materials and beyond.”

In 2015, Kent State’s Liquid Crystal Institute celebrated its 50th year, and it will host the International Liquid Crystal Conference, the largest academic meeting in the field of liquid crystals, from July 31-Aug. 5, 2016.

Photo Caption:
Senior Research Fellow Quan Li, Ph.D., and his research group at Kent State University’s Liquid Crystal Institute® have published a research article in Nature that could lead to a variety of breakthrough device applications and other industrial opportunities.