President Barack Obama’s recent decision to chart a new course in our country’s relationship with Cuba focuses on creating a new ally while empowering the Cuban people. Obama ordered the restoration of full diplomatic relations with Cuba and the opening of an embassy in Havana for the first time in more than 50 years. The United States also is opening diplomatic exchanges and easing financial restrictions. 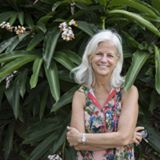 Anne Morrison, a professor at Kent State University’s School of Lifespan Development and Educational Sciences, has been studying Cuba’s education system with visits to the country several times each year over the last decade.

“I had a sense something was coming, but it still took me by surprise,” Morrison said. “My feelings are mostly positive about this news. I do have some concerns that things might change too drastically or too fast. My concern is for the Cuban people.”

Morrison sees hope and opportunities with the policy change.

“My hope and my excitement is that we are finally deconstructing that shadow of secrecy and the divisive relationships that don’t need to exist anymore. What we’ve done has not worked, so it was time for a change.”

While there will be challenges, Morrison said both countries would benefit from the new relationship.

“Financially, the fact that we’re opening up diplomacy, trade and exchanges has potential for great positive outcomes for Cuba as well as the United States,” Morrison said.

Healthcare and urban planning provide a special opportunity for future exchange, she said.

“I’m excited about the opportunities of partnerships when it comes to healthcare in Cuba,” Morrison said. “They have made tremendous advances in research, but it’s very difficult for them to take their findings to fruition. With Kent State’s College of Public Health and the university’s connections to top area hospitals, we are well positioned to be more connected with Cuba. We can be useful, while our students could learn so much.”

Morrison helped organize an educational exchange trip in March for a group of Kent State administrators, faculty and university supporters. The group engaged in a unique opportunity to develop an insider’s view of Cuba’s healthcare system, with a special focus on urban planning, culture and health. Participants engaged in activities and dialogue with Cuban professionals including professor and architect, Miguel Coyula. The group delivered professional books and journals addressing urban planning and design requested by Coyula in a previous visit.

Dennis Eckart, Kent State Board of Trustees chair and a former U.S. congressman, was part of that trip.

“Having followed the political issues in Cuba for 35 years, first as a member of Congress and then heading the Cleveland chamber of commerce, it became abundantly clear to me that our current policy was not working,” Eckart said. “In fact, when I visited Cuba earlier this year, it also was clear to me that the only victims of our policy were the people of Cuba. So I am delighted having seen first hand the expectations of access to greater freedoms and great economic activity can mean to people of that island nation.”

Eckhart said our previous policy no longer made sense.

“The cold war is long over,” Eckart said. “Most nations that have been adversaries of the United States now have significant political and economic relationships with us, whether it’s Vietnam or China. We now know there is more to be gained by having direct relationships.”

Eckhart said the timing is good.

“Fidel and Raul Castro are now in their middle to high 80s,” Eckart said. “So the time to make this significant change is when they are still in a position of respect and authority but there will be a new generation of leadership in Cuba soon. “

Morrison and Eckart see great potential with the new policy, including the areas of urban planning and improving agricultural infrastructure.

Morrison is also also excited that Obama and Castro may participate in the Summit of the Americas in Panama in April of 2015.

“I don’t think we’ve ever had a U.S. president and a Cuban president together at that summit, so that’s big news,” Morrison said.