Student organization sings for the president and first lady 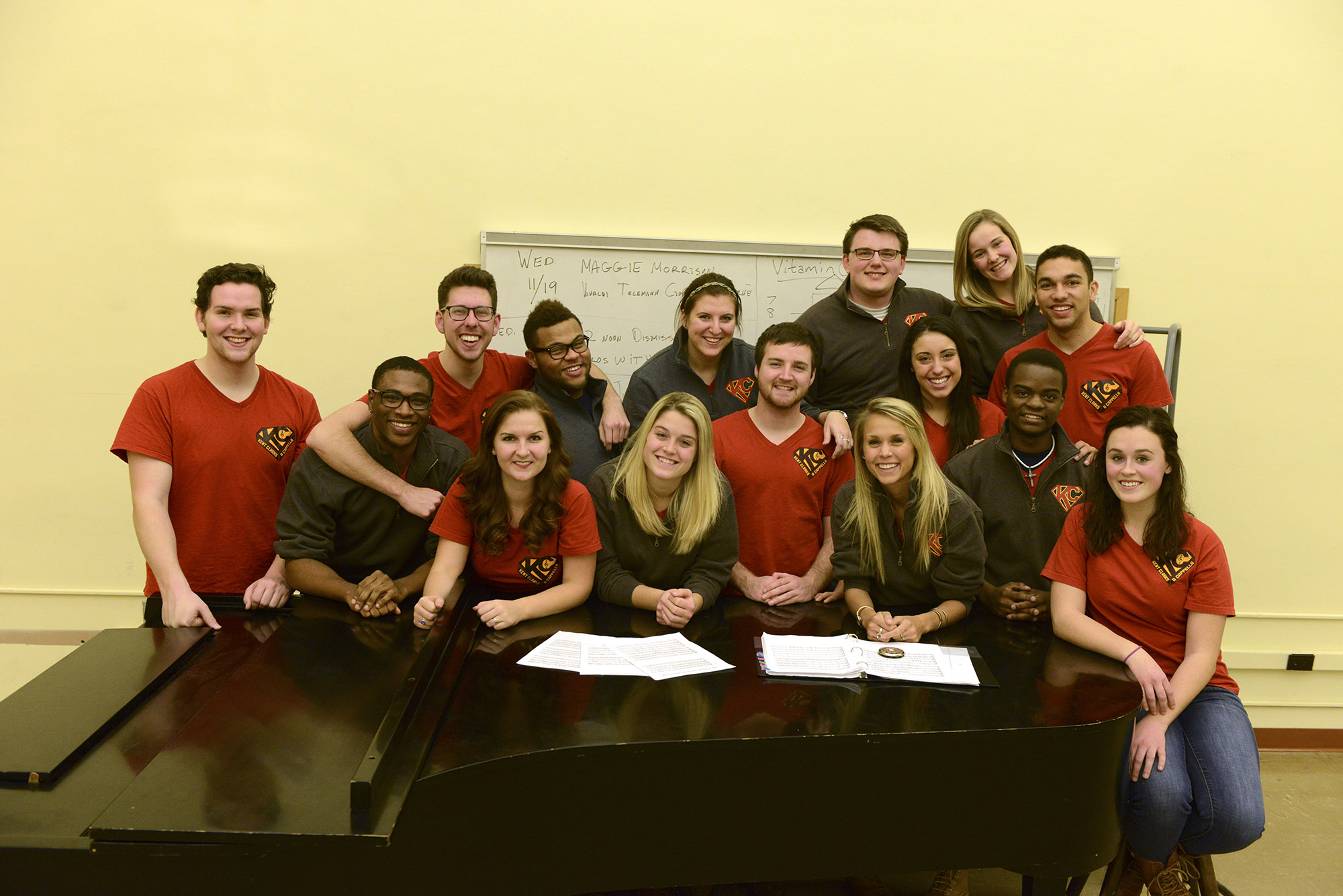 A Kent State University student a cappella singing group spent part of their holiday break traveling to Washington, D.C., to perform for President Barack Obama and first lady Michelle Obama. The Kent Clarks, an organization made up of students pursuing all types of majors who share the desire to create and perform, sang at the White House last night (Dec. 16).

Meagan Eishen, a senior theatre studies major from Fremont, Ohio, and music director of the Kent Clarks, said the members of the Kent Clarks were excited to perform at the White House and explore the national’s capital. “It’s such an honor,” she said.

On their Facebook page, they said, “Tonight we had the amazing opportunity to perform at the White House for the President of the United States and the First Lady. We are so honored and grateful for the experience we just had as a family. Along with the President and First Lady, we were graciously welcomed and commended by everyone in attendance. This will be a night none of us will ever forget; and it really just goes to show that anything is possible. #KentClarksTakeDC”

Their repertoire was based primarily around holiday songs. The Kent Clarks have not traditionally performed holiday music, preferring to focus on contemporary pop.

“Our target audience is primarily college students, so we focus on Top 40 songs because we don’t want to bore them,” said Matt Gilkerson, a senior advertising major from Fayetteville, Ohio, who handles public relations for the group. “But we do pepper our set lists with accessible tunes, such as Motown hits.”

“We typically rehearse three times a week, in 90-minute sessions,” said Jason Watkins, an athletic training major from Reynoldsburg, Ohio, and president of the Kent Clarks. “But with the White House gig, we’ve been rehearsing more often and for up to two-and-a-half hours at a time.”

Watkins is an original member of the 16-member group, which formed in spring 2011. The group’s name is a takeoff on Clark Kent, the alter ego of Superman, and its logo also is a nod to the classic Superman graphic.

When notified of the White House invitation, the members of the Kent Clarks almost always use the word “surreal.”

“When you go visit Washington, D.C., you see the monuments and the museums and the White House from a distance,” Gilkerson said. “And you see the White House on TV and in movies, but very few people get to experience what we did on this trip. It’s quite humbling for all of us.”

Things don’t slow down much after their White House appearance. After some time off over the holidays, the group will be preparing for another important performance. The busy students will compete in January in the International Championship of Collegiate A Cappella (ICCA), a competition that attracts hundreds of college a cappella groups each year.

For information about the wealth of student organizations at Kent State, visit www.kent.edu/csi.