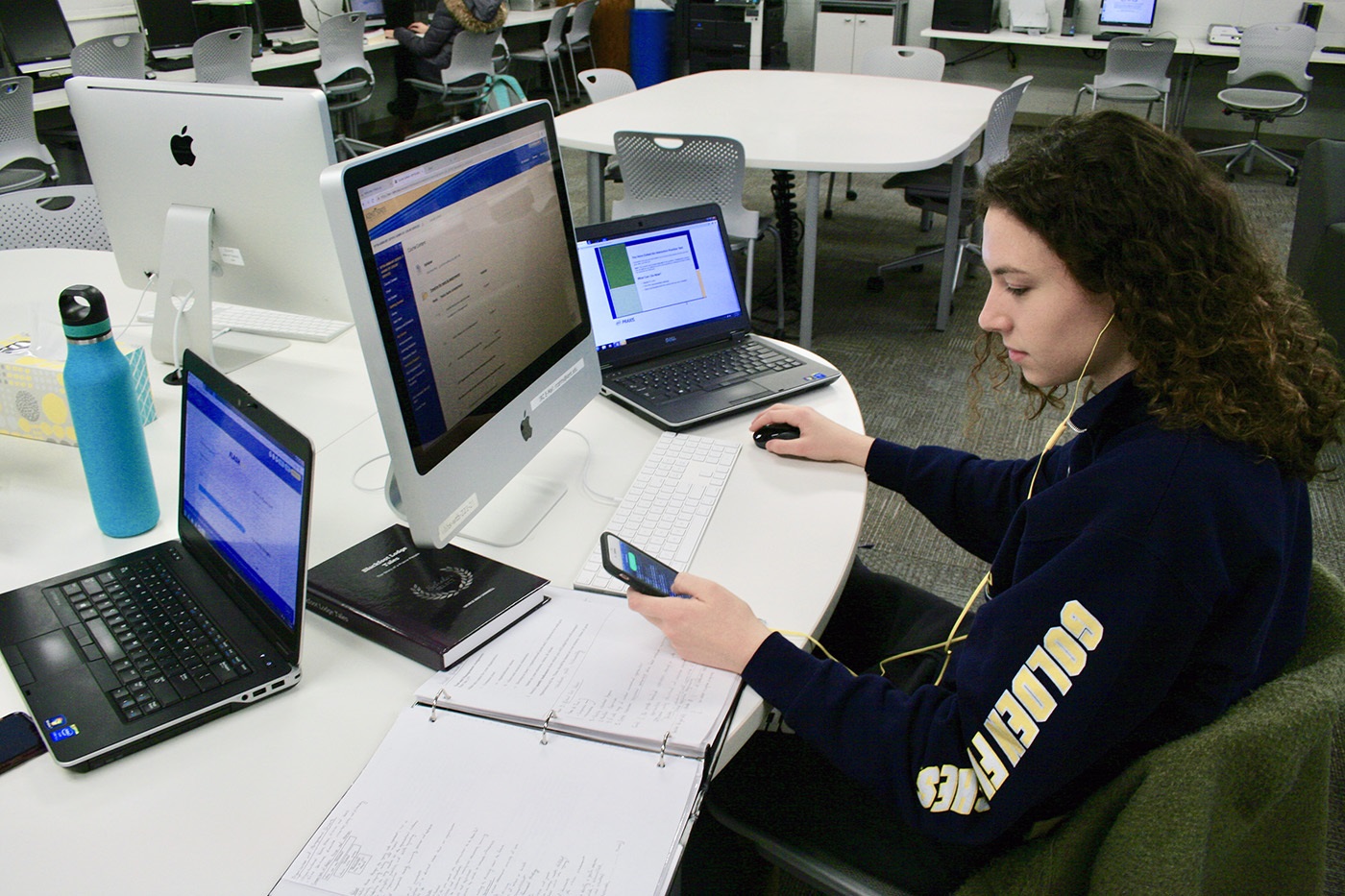 This phenomenon of multitasking across three or four internet-connected devices simultaneously is increasingly common. Dr. Lepp and his colleagues Jacob Barkley, Ph.D., and Aryn Karpinski, Ph.D., of Kent State’s College of Education, Health and Human Services were curious to know how often this happens during online education, a method of delivering college and even high school courses entirely via an internet-connected computer as opposed to a traditional face-to-face course with a teacher physically present.

Nationwide, millions of students take online courses each year, and the trend is increasing rapidly. Dr. Lepp and his colleagues wondered if students multitask more frequently in online courses compared to face-to-face courses.

“This question is important to ask because an abundance of research demonstrates that multitasking during educational activities significantly reduces learning,” Dr. Lepp said.

Dr. Lepp, Dr. Barkley and Dr. Karpinski, along with the help of Kent State graduate student Shweta Singh, surveyed 296 college students. Each student surveyed had recently completed an online, for-credit college course and a traditional face-to-face college course. The survey asked students how often they participated in common multitasking behaviors during their previously taken online courses as well as their previous face-to-face courses. These behaviors included texting, using social networking apps, emailing, off-task internet surfing, talking, doodling and other distracting behaviors. The survey also measured students’ preference for multitasking and their belief in their ability to self-regulate their behavior.

“This is likely because in face-to-face courses, a physically present teacher and the presence of conscientious students help to enforce classroom policies and behavioral norms against multitasking,” Dr. Lepp said.

“This suggests that how we teach students to self-regulate for learning applies well to traditional face-to-face courses, but perhaps it does not apply well to online learning,” Dr. Barkley said. “Because multitasking during educational activities has a negative impact on learning, it is important to develop methods for reducing this academically disadvantageous behavior, particularly in the increasingly common online learning environment.”

The researchers say that students can learn to be more singularly focused and to minimize multitasking.

“For example, during online learning and any other educational activity, put all distractions away, including smartphones and tablets,” Dr. Lepp said. “This should become habit. This can even be practiced during leisure. For example, when watching a favorite TV show or sporting event, focus on the show and don’t get distracted by texting friends and posting to social media.”

For students struggling with multitasking in required online courses, Dr. Karpinski suggested that students try taking the course on a computer in a quiet part of the library where there are already norms in place which discourage many distracting behaviors.

“Additionally, as universities increase their online course offerings, even for students already living on or near campus, these same universities might consider computer labs dedicated to online learning that are proctored in an effort to keep students on task,” Dr. Karpinski said.