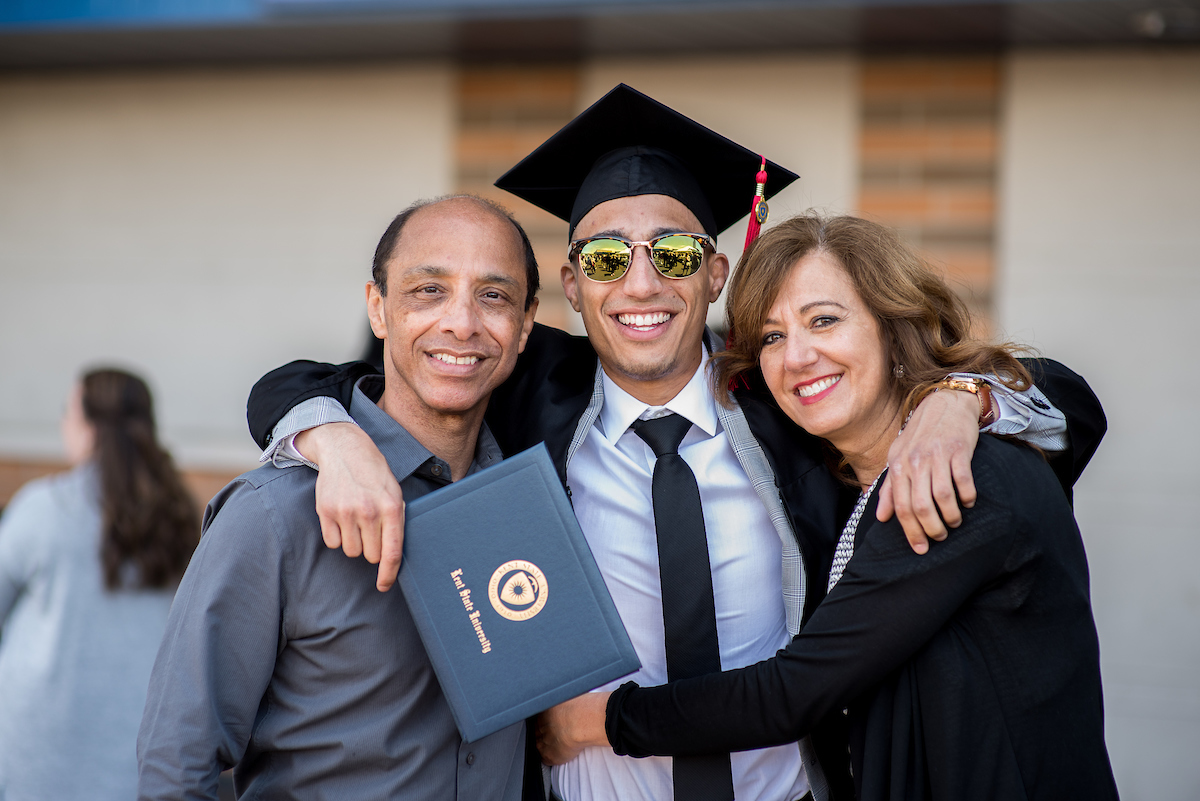 Supporters give more than $1.6 million during monthlong campaign

Kent State University’s Giving Tuesday 2019 raised more than $1.6 million when it ended on Dec. 3 at 11:59 p.m., shattering the previous year’s record of $1.03 million. Supporters were able to choose from more than 40 featured giving options throughout the Kent State system, including student scholarships, educational programs, athletic teams and more.

“Our Kent State family has once again come together from all over the world this month to support the programs that mean the most to them – and in doing so, have not only set a record, but also made a deep and lasting impact on our students,” Kent State President Todd Diacon said. “We are incredibly grateful for this showing of support and look forward to putting the funds to immediate use across our campuses, colleges and programs.”

While Giving Tuesday is officially recognized as the Tuesday following Thanksgiving, Kent State put its own spin on this international day of philanthropy by kicking off the season of giving on Nov. 1. This is the third year for the monthlong campaign and the university’s sixth year celebrating Giving Tuesday.

Individual donors provided various matching incentives while the Kent State University Foundation provided $150,000 for participation boosts leading up to Giving Tuesday and then for one-to-one matching on Dec. 3. Members of the Kent State University Foundation Board and Kent State Board of Trustees joined to pledge their private support as well, which was distributed as completion bonuses, rewarding funds that met their stated goal and helping other funds that were within $300 of their goal meet it.

These incentives encouraged supporters to give at a time when their gifts would have the most impact on students, scholarships and programs. More than $350,000 was available in matching funds during this year’s campaign.

The Giving Tuesday campaign also featured a donor dollar challenge incentive to reward the fund that brought in the most donors and the fund that raised the most dollars from Nov. 10-16. Kent State Golden Flashes Golf won the dollar challenge with more than $27,074 raised during that week. The Last Dollar Scholarship at Stark Campus attained the largest number of donors with 51 unique supporters.

“We are overwhelmed by the support from our donors this year,” said Stephen Sokany, vice president for institutional advancement and executive director of the Kent State University Foundation. “This kind of collective impact leaves a lasting imprint on students who will be supported by these gifts to study at Kent State, complete their degrees, participate in research projects, study abroad and more. The generosity of Kent State supporters allows us to offer a stellar experience for our deserving students.”

For a complete list of all the funds that were featured in the 2019 Giving Tuesday campaign, please visit www.kent.edu/givingtuesday.