This year’s return of in-person events to commemorate the Kent State shootings will include the dedication of bronze markers placed on the spots where nine students were wounded by the Ohio National Guard during a student anti-war protest on May 4, 1970.

Markers designating the locations of each of the four students killed – Allison Krause, Jeffrey Miller, Sandra Scheuer and William Schroeder – were installed in 1999. 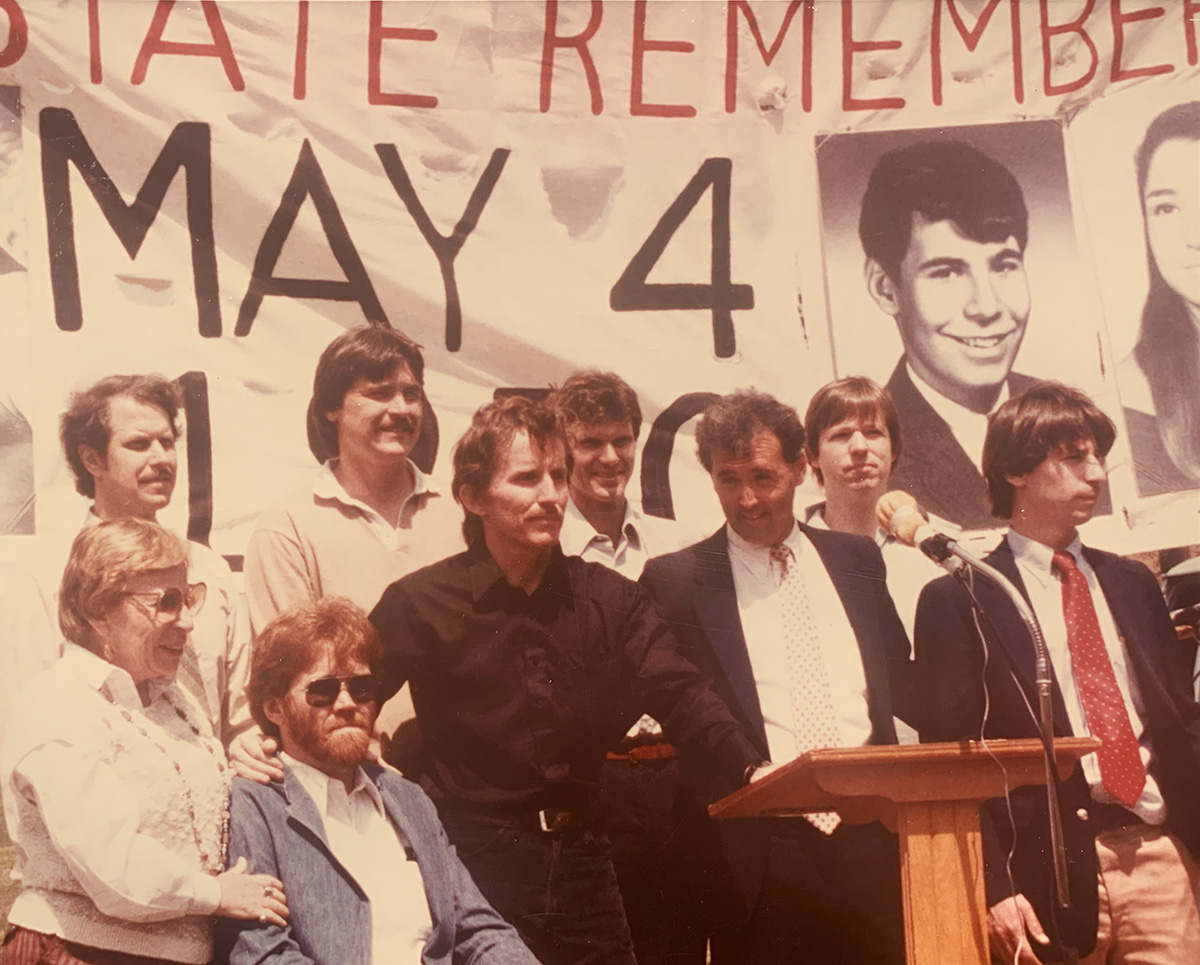 Due to the ongoing COVID-19 pandemic, a video unveiling the new markers premiered during the 51st Commemoration on May 4, 2021.

The in-person dedication will take place at 2 p.m. May 3, in the Taylor Hall parking lot. The engraved bronze plaques are 11 inches in diameter and recessed into limestone bases.

Kent State Professor Emeritus Jerry M. Lewis, Ph.D., was serving as a faculty marshal in 1970, when he witnessed the May 4 shootings. He has since devoted much time to researching, memorializing and lecturing on the events of May 4 and was part of the team that worked to make the markers a reality. 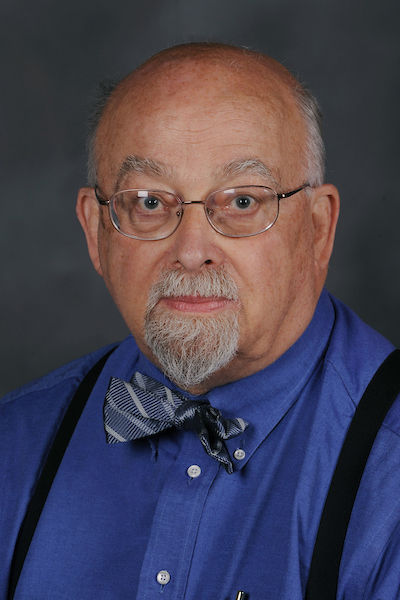 While the markers have been in place for a year, Lewis said the in-person dedication is important because it recognizes the significance of what each represents.

“The markers, first, recognize the sacrifice of the wounded students,” Lewis said, noting how Kahler was paralyzed from the waist down from his wound, and other students have had lasting physical ailments from their injuries.
“Second, it answers one of the basic questions we are always asked, those of us who are researchers or who give tours, which is, ‘How far were the students from the guard?’,” Lewis said.

Placement of the markers has been a point of research for some time, Lewis said. The initial report of the President’s Commission on Campus Unrest, which investigated the Kent State shootings, made assumptions about the distances of the wounded students from guardsmen based on information provided by the FBI, Lewis explained. The commission came to be known as the Scranton Commission for the former Pennsylvania Gov. William Scranton, who chaired it.

The locations of the nine markers were determined based on many sources of information, including photographs and the personal accounts of the nine wounded, and provide a more accurate answer to the question of how far the students were from the Guard, he said.

Lewis praised the work of Canfora, who was the leading advocate for the placement of the markers and who died on Dec. 20, 2020, at age 71, just months before the markers were unveiled. Two of the other students wounded that day have also passed away – Russell in 2007 and Stamps in 2009.

Having the markers in place is particularly meaningful since three of the nine have already passed, Lewis said.

The locations of the new markers on the May 4 site are in the grass or in the parking area level with the pavement, except for Russell’s, which is mounted on an exterior wall of the MACC Annex. Russell’s location during the shooting was inside of where the annex now sits.

Lewis, who taught sociology at Kent State from 1966 until 2013, said another important lesson from the markers is that it shows how difficult it is to manage conflict and crowds.

“How do you control that crowd? You don’t do it with M1 rifles,” he said.

Perhaps the most important feature of the markers, Lewis said, is that they will stimulate research.

“You can’t look at them without wondering why the hell the guard fired,” he said. “Each of those markers links people who are real human beings to the tragedy. The slain student markers do that. Now we can stand on 13 different spots, rather than four different spots. Every one of those markers is a story in response to M1 fire.”

Provoking those thoughts, and stimulating interest, conversation and more research into May 4 should always be the goal and is the reason Kent State maintains the May 4 Visitors Center and such extensive May 4 archives, he said.

“That’s the fundamental responsibility of Kent State – to teach about May 4,” Lewis said.

Visit the May 4, 52nd Commemoration, for more information on upcoming events.