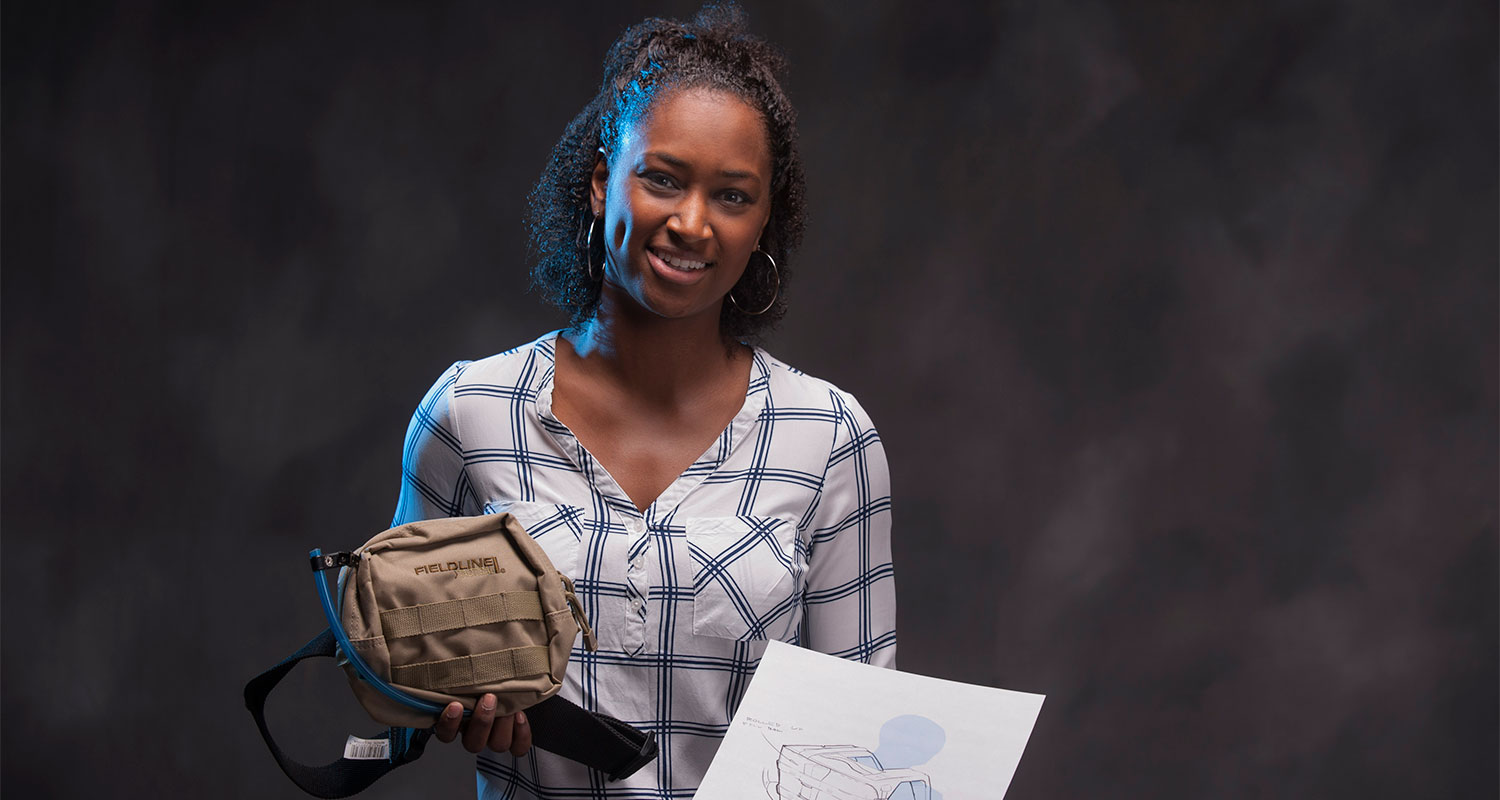 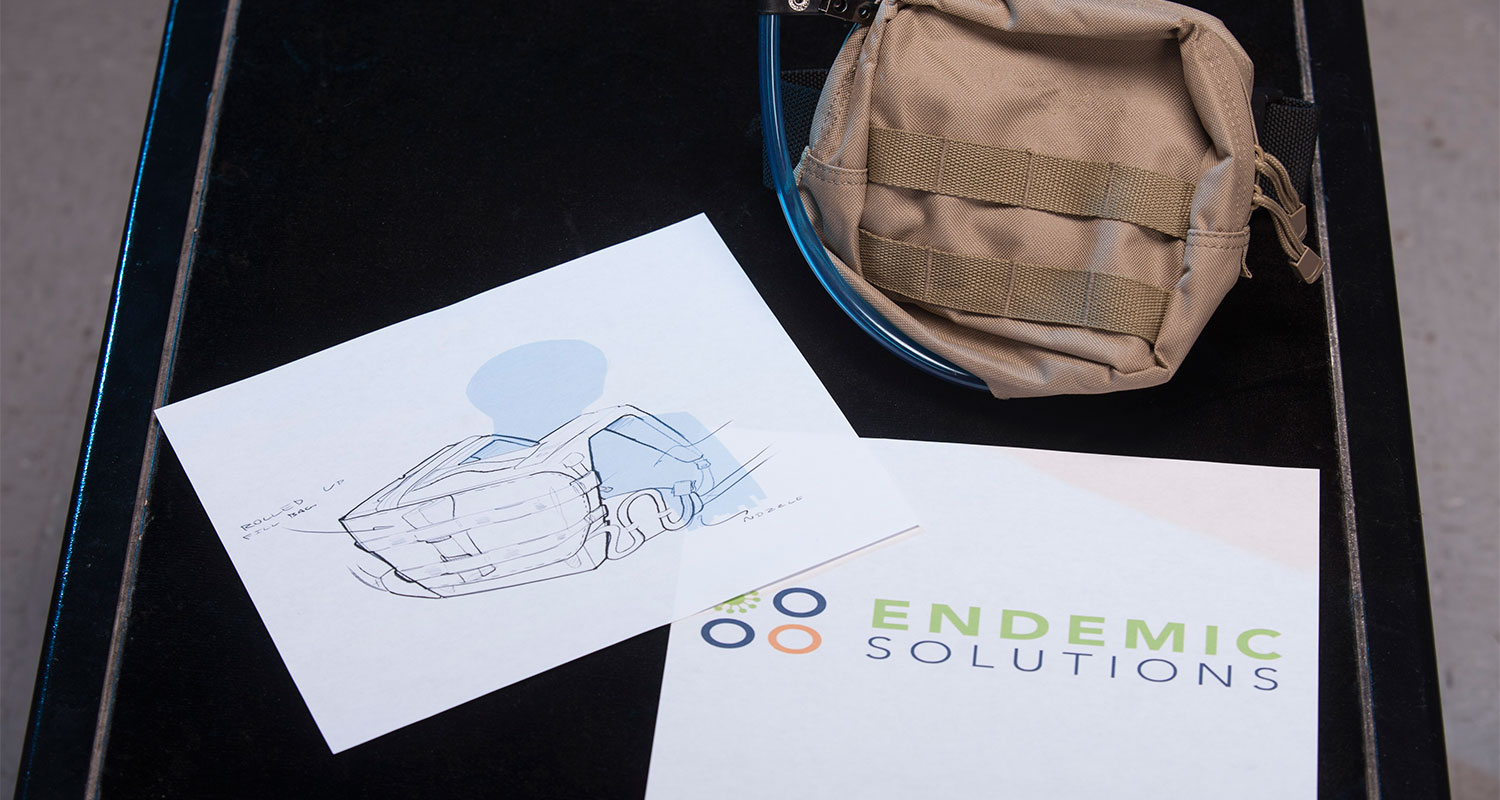 In 2009, Shanice Cheatham, who received her bachelor’s degree from Kent State University in 2013 and is pursuing a graduate degree in environmental health sciences at Kent State, was told that her father had a 10 percent chance of living after being infected with MRSA, methicillin-resistant Staphylococcus aureus. MRSA is a type of staph bacteria resistant to antibiotics used to treat general staph infections, according to the Mayo Clinic website.

Cheatham’s father became infected when a nurse touched his IV injection site with MRSA-contaminated hands. Prior to starting his IV, the nurse dropped a needle on the ground. She replaced the soiled needle but failed to wash her hands, Cheatham explains.

Cheatham, who studied molecular and cellular biology as an undergraduate at Kent State, initially wanted to become an orthopedic surgeon. However, her father’s illness inspired her to create Endemic Solutions, a biotechnology company focused on solutions to fight infectious disease. The company is a client of LaunchNET Kent State, which helps Kent State students, employees and alumni transform their ideas into thriving business, successful projects or innovative collaborations.

Cheatham’s father spent nine months recovering in the hospital as a result of the nurse’s negligence.

“That event kind of changed the course of my life,” she said.

The young entrepreneur says her background in the medical field also influenced her career path. In the past, she worked as a medical assistant and a nursing home admissions director. Cheatham explains she has seen a lack of infectious control protocols and high rate of infections in numerous healthcare facilities.

After seeing the high infection rates in the U.S., she knew underdeveloped countries required her attention. According to Cheatham, more than 60,000 health care facilities worldwide do not have anywhere to wash their hands due to inadequate water systems.

“Our vision is aimed at prevention, diagnostics and treatment of infectious diseases with the highest quality products and services, both at home and abroad,” Cheatham said.

Endemic Solutions is currently in the development phases for its Endemic Filtration Portable Handwashing System. Healthcare professionals treating patients in countries with undeveloped water sources can use the backpack-style filtration system. Cheatham says her company is also researching marketing strategies to build strong awareness and demand for preventing the spread of infectious disease.

Getting Attention and Giving Thanks

Cheatham’s business venture has already been awarded with a 2015 Kent State Elevator Pitch Competition award, sponsored by LaunchNET Kent State. She was also recognized this past January as a ProtoTech: PITCH finalist, a competition held by The Incubator at MAGNET in Cleveland.

She credits Kent State’s College of Public Health and LaunchNET Kent State with her continued success. Cheatham specifically acknowledges Mark James, Ph.D., professor and chair of the Department of Environmental Health Sciences, for introducing her to the college and Tara Smith, Ph.D., associate professor in the Department of Biostatistics, Environmental Health Sciences and Epidemiology, for giving her the opportunity to study MRSA in Smith’s lab.

“Kent State has opened so many doors for me,” she explained. “If I hadn’t chosen this school, I wouldn’t be where I am today. I am who I am because of my science professors.”

Cheatham eventually plans to establish a facility that focuses on diagnosing, preventing and monitoring infectious disease.

“I want to encourage others that it’s not always about the money,” she said. “It’s about the cause you believe in. At the end of the day, if you don’t believe in yourself, no one else will.”

Read more about the College of Public HealthLearn more about LaunchNET