A group of researchers in Kent State University's College of Arts and Sciences have published a breakthrough article on new properties of liquid crystals in the May 27 issue of Physical Review Letters. The article, which describes some recent surprising results involving nematic liquid crystals induced by a high magnetic field, is currently featured on the American Physical Society website as an “Editors’ Suggestion.” 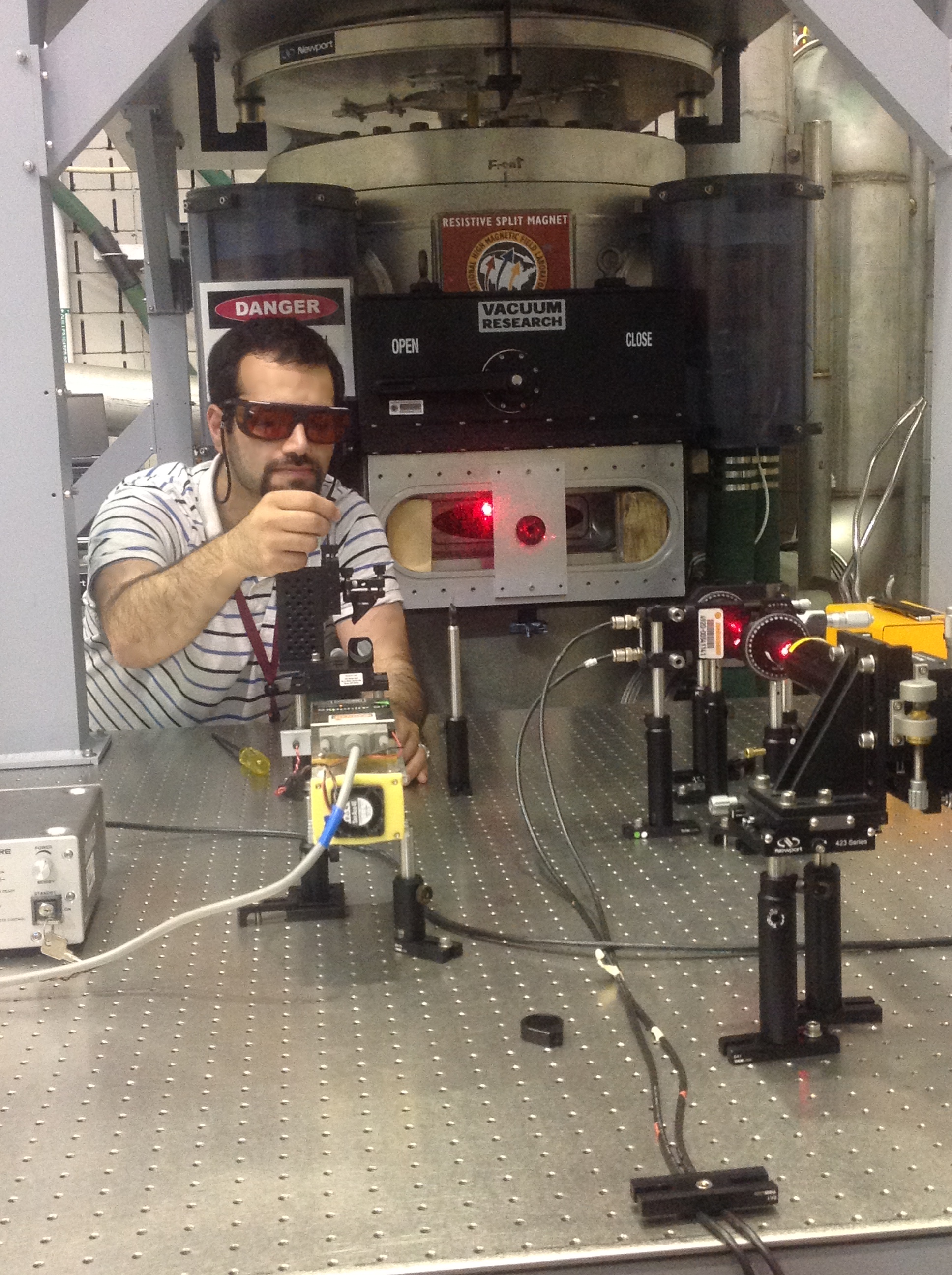 The article, titled “Anomalous Increase in Nematic-Isotropic Transition Temperature in Dimer Molecules Induced by a Magnetic Field,” details how they observed a large elevation in the nematic to isotropic phase transition temperature in various thermotropic liquid crystal dimers. Dimers are molecules consisting of two identical rigid rod-shaped molecules linked together, and resemble nunchuck fighting sticks. The researchers attribute this unprecedented shift to a magnetic field-induced straightening in the average conformation of the dimers.

“This is the first example showing that a magnetic field can change the shape of the molecule,” Jakli said.

The publication is the result of close collaboration between Kent State’s Jakli, Jim Gleeson, Ph.D., professor and chair of Kent State's Department of Physics, Samuel Sprunt, Ph.D., professor of physics, and Muhammad Salili, a Chemical Physics Interdisciplinary Program doctoral student. Other co-authors on the article are Georg H. Mehl and Chris Welch of the Department of Chemistry at University of Hull (UK) and M. Gabriela Tamba of the Department of Nonlinear Phenomena at the Institute for Experimental Physics at the Otto von Guericke University in Magdeburg, Germany, who synthesized the materials used in the experiment.

The experiments and measurements were performed at the National High Magnetic Field Laboratory in Florida. The researchers loaded each compound in a 10×10mm planar glass cell into a Teflon-insulated temperature-controlled oven with optical access and temperature sensor probes. The oven is inserted into the bore of the 38 megawatt magnet at the lab, which has an optical access perpendicular to the field direction.

“With a magnet you can change the phase transition by 10 degrees, which is really astonishing, Jakli said. "We can shift the phase transition temperature 100 times more than a normal liquid crystal material. No one predicted this. We really hope it will trigger some theoretical work because we have a plausible explanation but it’s not really a theory."

In 2015, Kent State’s Liquid Crystal Institute celebrated its 50th year, and it will host the International Liquid Crystal Conference, the largest academic meeting in the field of liquid crystals, from July 31-Aug. 5.

For more information about the Department of Physics at Kent State, visit www.kent.edu/physics.