Live Chat
Neil Cooper, Ph.D., of the University of Bradford in the U.K. has been selected as the inaugural director of Kent State University’s School of Peace and Conflict Studies.

Kent State University has chosen an international expert to lead the university’s new School of Peace and Conflict Studies within the College of Arts and Sciences, known for its study of nonviolent conflict management. 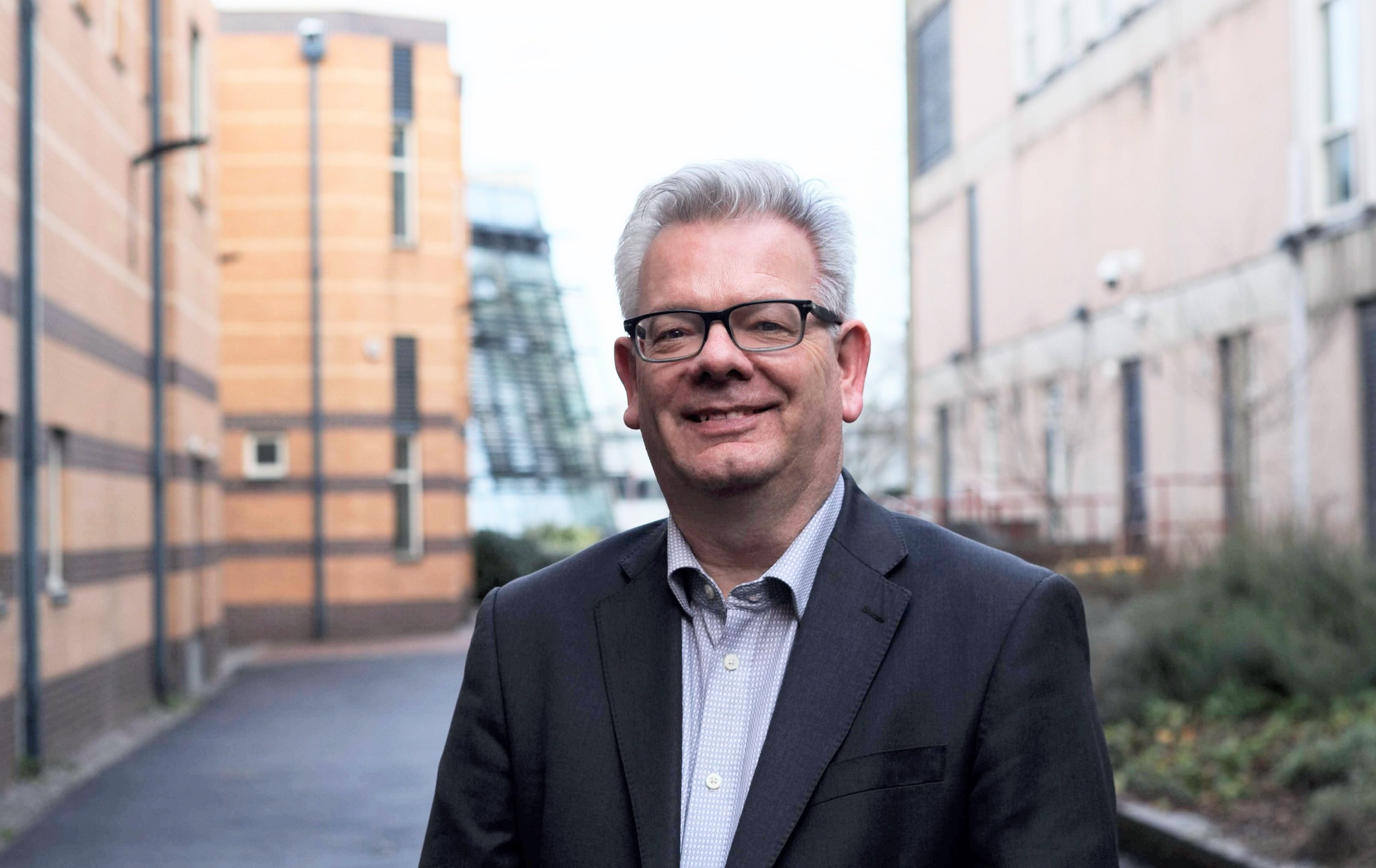 Dr. Cooper said he is honored and delighted to have been selected to lead such a prestigious center of expertise in the field of peace and conflict research.

“The school has a rich history of academic work in this field and a teaching program that is internationally respected,” Dr. Cooper said. “I am very aware that I will be building on a legacy created by other colleagues, in particular the previous director, Pat Coy, who has done so much to make the school one of the leading places for research and teaching on peace and conflict.”

“This is an opportunity to share the Kent State story as we elevate the importance of the peaceful resolution of conflict,” President Warren said.  “As we speak through the wound of the tragic shootings on our campus in 1970, we are committed to the necessary education and research that will support new commitments to peace and the prevention of violence in communities across the globe.”

As Kent State builds toward the 50th commemoration of May 4 and the 50th anniversary of the creation of the school, Dr. Cooper said he is looking forward to working with colleagues on the next phase of the school’s history, which will include new appointments and new courses.

“Today, we live in times that are just as challenging as those the U.S. and the world experienced in 1970,” Dr. Cooper said. “The aim of the school today, therefore, is to equip our students with the knowledge and skills to better understand and respond to those challenges, to provide expert advice to practitioners and to contribute the public debate on how to make our communities – local, national and global – more secure and more harmonious, rather than less secure and more divided.”

Prior to his current role, Dr. Cooper served at the University of Bradford as an associate dean for research and knowledge transfer and also as director of the Rotary Peace Centre and Research Director of Peace Studies.

Dr. Cooper’s research interests include the political economy of civil conflicts and peacebuilding, the politics of resource regulation, and the arms trade and arms control. He has published more than 50 articles and chapters on the aspects of war, peace and international relations. His co-authored book, “War Economies in a Regional Context,” has been cited more than 330 times and his co-edited book, “Whose Peace?” has been cited more than 200 times.

The Kent State School of Peace and Conflict Studies’ undergraduate program is one of the country’s oldest and largest, enrolling more than 1,000 students in its classes each year. Students learn applied skills in the constructive management of conflicts on the international, community, workplace and relationship levels.

Photo Caption:
Neil Cooper, Ph.D., of the University of Bradford in the U.K. has been selected as the inaugural director of Kent State University’s School of Peace and Conflict Studies. (Photo credit: Ulrike Immler)