John West Startup will be at Centennial Research Park

A new company formed by a Kent State University researcher and inventor will market a technological innovation – flexible, electrically conductive transparent films – that can be used in electronic devices, including smart phones and touchscreens, and in windows that switch from transparent to opaque to block light. 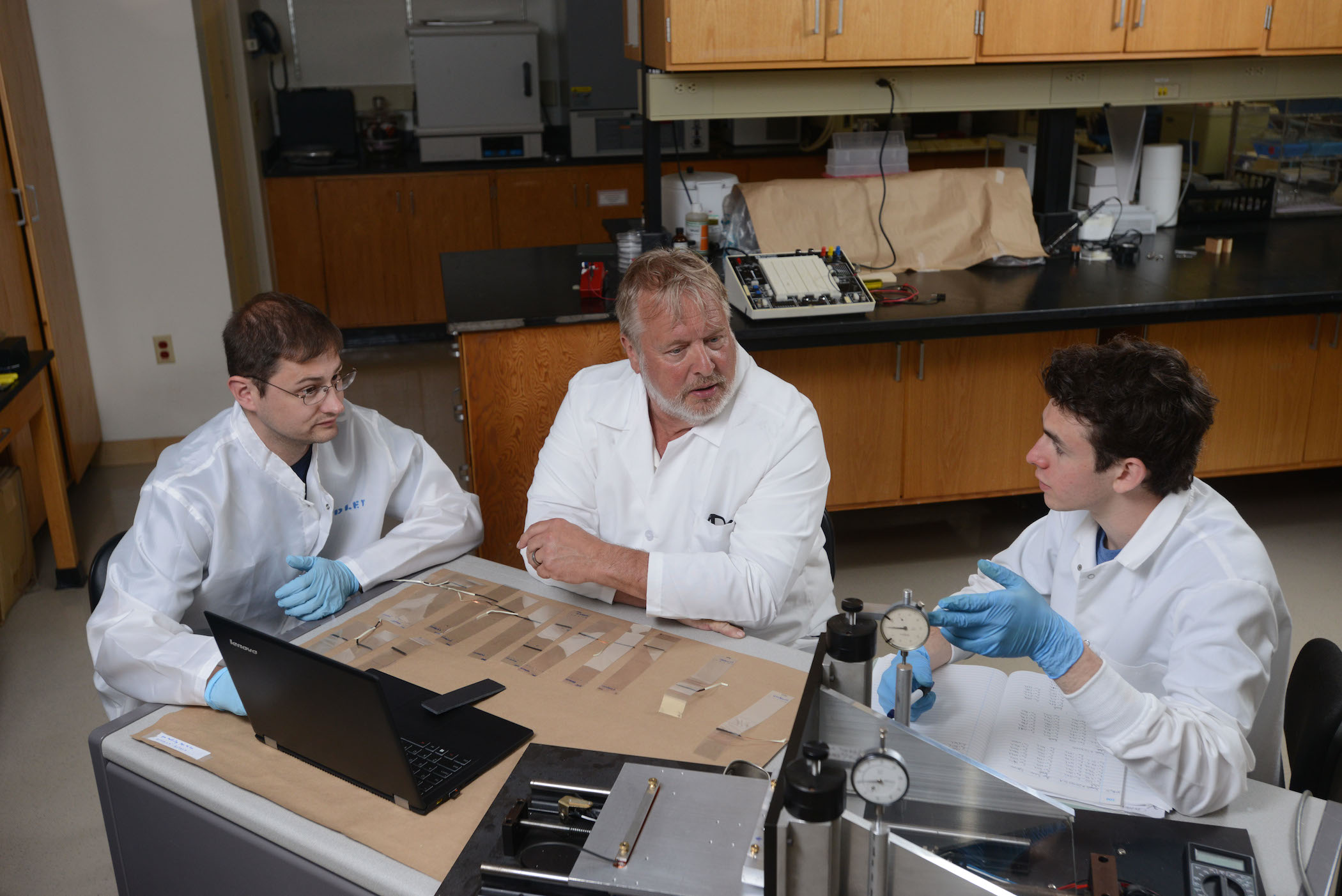 The company also was recently awarded $100,000 from an innovation fund administered by GLIDE, the Great Lakes Innovation and Development Enterprise, to assist technology startups in Northeast Ohio.

FITOS, or Flexible ITO Solutions, will produce its flexible films at Kent State’s Centennial Research Park, which houses other high-tech startup companies. The ITO in its name stands for indium tin oxide, which conducts electricity and is used in transparent thin layers in cell phones and other electronic devices. The FITOS technology controllably cracks ITO coatings by bending flexible films.

West and two students have three patent applications underway through Kent State on the new technology. Licensing arrangements are being finalized under which Kent State would receive royalties on product sales and would own a small stake in FITOS.

One application of the technology is in a responsive film that can fit between panes of glass and be electronically rolled up, like a venetian blind or shade. It does not show any cracks of light when switched to an opaque mode or scattering lines when switched to the clear mode.

FITOS is collaborating with a “smart” window manufacturer to provide films for high-end, privacy windows that can automatically block light. It also will also market its product for other electronics uses.

“My sole goal now is to get to market,” said West, who is the former director of Kent State’s Liquid Crystal Institute and who invented earlier versions of a switchable window, among other devices.

“By providing a fertile research environment at Kent State, the university helps inventors bring their ideas to market,” said Grant McGimpsey, Kent State’s vice president for research. “That contributes to the growth of high-technology manufacturing in Northeast Ohio.”

West’s latest invention “resulted from a surprise in my lab,” West said. While he was cutting a flexible plastic substrate with a razor, he saw under the microscope that perfect cracks had resulted. He turned aside from what he had been working on and investigated the cracks further. Eventually, he realized that they could be produced on a large flexible sheet, creating tiny electrode patterns that would not be seen by the naked eye.

Students who are named on the patent applications along with West are Da-Wei Lee, a graduate student in the Liquid Crystal Institute and the Chemical Physics Interdisciplinary Program, and Paul Olson, a sophomore mechanical engineering student at the University of Akron who interns in West’s lab and will work at FITOS.

West, who will continue as a professor and researcher at Kent State, is the chief executive officer of FITOS. Its chief operating officer, Cevin Cole, is not associated with the university.