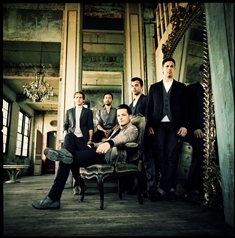 In addition, the Kent State University Foundation has announced a partnership with local Kent business leaders to present the Centennial Campaign Concert. The concert has been organized to celebrate the successful end of the Centennial Campaign, which raised $265 million toward the completion of university capital projects and secured nearly 300 endowed scholarships for Kent State students.

The festivities will begin with a tailgate event from 4 p.m. to 6 p.m. on the stadium grounds featuring food and local vendors. The concert, the first at Dix Stadium in more than 20 years, kicks off at 6 p.m. with Los Lonely Boys, whose debut single “Heaven” earned them a 2005 Grammy for Best Pop Performance. Next up will be O.A.R., a band that has transformed itself from local Ohio State University bandmates to Billboard chartbusters with songs like “Shattered (Turn the Car Around)” and “Love and Memories.” Topping off the evening is singer-songwriter Sheryl Crow, who has won nine Grammy Awards.

“The Centennial Campaign was an enormous success, and it was important to us to involve our donors, the community, students, faculty and staff in this milestone accomplishment,” says Gene Finn, vice president for institutional advancement at Kent State and executive director of the Kent State University Foundation. “We’re excited to announce O.A.R., a band that is very popular with our students, has been added to the concert. Also, our partnership with Acorn Alley and Main Street Kent is a perfect town-and-gown initiative.”
Michelle Hartman, vice president of RLB Phoenix Properties, which includes Acorn Alley, says, “We’re so excited to be a part of this event and bring visitors back to visit old favorites and new additions to downtown Kent. It is a great opportunity to show off downtown Kent and support scholarships.”

A portion of ticket sales for the Centennial Campaign Concert will benefit the Campaign for Change, a scholarship for Kent State students. Tickets are available for the general public ($35 and $50) at www.ticketmaster.com. Kent State student tickets ($20 and $30) can be purchased at the Kent State Ticket Office in the Memorial Athletic and Convocation Center with a valid Kent State student ID.

From now through Sept. 4, all Kent State University faculty, staff and alumni will have the opportunity to buy advance tickets at half price. See more information about the offer under the "News Briefs" section in today's e-Inside.

While serving only Kent State, the foundation is legally separate from it. Financial assets of the foundation will aid the university in ways we cannot even imagine today. The impact of these resources continues to grow over time. Private gifts enable Kent State and its students to achieve levels of excellence not possible through state assistance alone. The foundation is governed by a Board of Directors who safeguards and manages its assets. Many are leaders in the business and professional community. All serve without compensation, contributing their time and expertise to ensure a bright future for Kent State University.

About Acorn Alley
Discover Acorn Alley in historic downtown Kent and you'll discover a renewed retail and dining experience where there is something for everyone, including locally owned shops and boutiques and a variety of cafes and fine dining, which all make for a fun and unique experience.