Photos from May 4, 1970, Resurrected in New Book by Kent State Alumnus

On the morning of May 4, 1970, Kent State University student Howard Ruffner was hanging out in the office of the Daily Kent Stater in Taylor Hall when the phone rang.

The Midwest editor from Life magazine, based in Chicago, was calling to find out if there were any student photographers who had been taking photos over the weekend. Kent State had been the scene of student protests for several days, and more demonstrations were expected that day.

Ruffner was the only photographer who had taken pictures over the weekend, so Stater Editor Bill Armstrong handed him the phone.

“The Life editor asked if I could print up some pictures from the weekend that I thought were appropriate, and if anything happened that day to print some of those up and send them to the magazine,” Ruffner recalled.

He agreed to take the job.

Ruffner has compiled the photos he took those fateful days into a new book, “Moments of Truth: A Photographer’s Experience of Kent State 1970,” which recently was published by Kent State University Press.

He will be on the Kent Campus for a talk and book signing from 6:30 to 9 p.m. Sept. 19 in the Garden Room on the first floor of University Library, 1125 Risman Drive, Kent.

Ruffner, now 73 and living in California, vividly recalls the events of May 4 when the Ohio National Guard opened fire on Kent State students, killing four and wounding nine others. 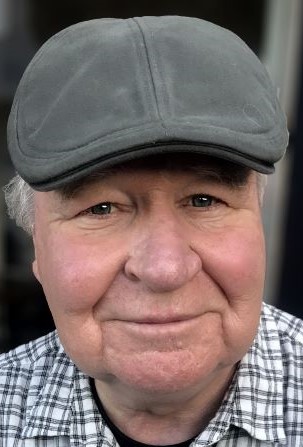 Students, he said, were expected to rally at noon near the Victory Bell after a tumultuous weekend in which the ROTC building burned to the ground and Ohio Gov. James Rhodes dispatched the National Guard to campus.

As Ruffner left Taylor Hall, he noticed a crowd gathering and began snapping photos, first a wide shot of everyone on the Commons to establish the scene, and then, continuing to take photos of the gathering students.

Ruffner was focused on the fact that he was there to cover the story for Life magazine and wanted to make sure he had all sides represented. He made his way back across the Commons, behind where the guardsmen were, to capture images from their perspective. 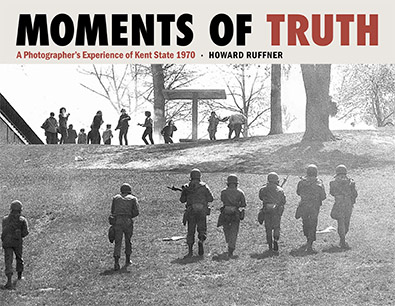 “Before you knew it, they had lined up,” Ruffner recalled. “They were announcing to disperse the area.”

Ruffner was surprised at the warnings because the crowd of students wasn’t doing anything other than standing about, gesturing at the guard and shouting at them. The students weren’t violent, he recalled.

As the guard moved up the hill, Ruffner said he stayed to their right. He watched as the soldiers looked back three or four times, yet Ruffner saw or heard nothing to make him think the guard would act.

Ruffner was sitting on some concrete near a drainage grate, watching the scene and taking photos when the guardsmen suddenly turned and fired on the students.

He was standing about 80 feet in front of the guardsmen when they turned and fired. He saw no evidence that they were in any danger. Ruffner saw no bottles, cans or even stones – nothing around that students were throwing as the guardsmen had claimed.

“They were taking aim,” he said. “I just rolled over the grill and stayed down. Then I heard all the screaming and yelling.”

At one point, someone yelled at him to stop taking pictures, but he felt strongly that he needed to get the job done for the magazine. For a moment, he thought perhaps the guard was firing blanks, but he soon realized that was not the case.

Ruffner continued taking photos throughout the day and into the evening, eventually contacting someone from Life magazine about his film. After learning of the shooting, the editor instructed him to take the film to the airport, buy a seat on a plane to Chicago for the film and send it off.

It was about 6 p.m. when Ruffner was able to have a friend with a car drive him to the Akron-Canton Regional Airport to send the film to Chicago.

When Ruffner left the airport, he hadn’t a clue what was on his film, let alone whether Life would decide to use any of the photographs.

In the May 15, 1970, issue of Life, four of Ruffner’s photos appear, including the cover photo of injured student John Cleary being attended to by other students.

Cleary, 68, who resides in Gibsonia, Pennsylvania, outside of Pittsburgh, doesn’t remember much from that day after the bullet struck him, but Ruffner’s photo has followed him for the past 50 years. 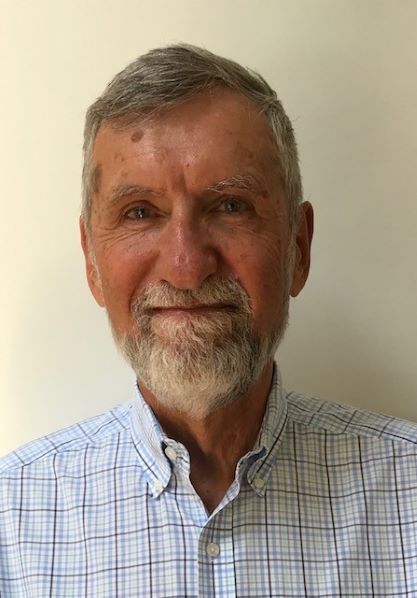 He never expected to be on the magazine’s cover, but he was grateful to the group of students who were tending to his injury.

“His shot shows a group of students who helped me and probably saved my life, by stopping the flow of blood,” Cleary said. “I was shot in the chest. A couple inches one way or the other, I wouldn’t be here. I was extremely lucky.”

Cleary, a native of Scotia, New York, came to Kent State to study architecture. Shortly after graduating, he moved to Pittsburgh, where he had a successful career as an architect, retiring in 2017.

Over the years, friends often would send him copies of the magazine.

“It’s funny, on the 25th anniversary, I got four or five magazines from friends,” Cleary said. “I have many copies, mostly from friends and relatives who kept it for many years and then felt it was time to pass it along.”

For many years, he stayed away from campus but later began returning for the annual May 4 commemorations.

“There was a period of time when I didn’t go back,” he said. “When I did start to go back, I found (the commemorations) very meaningful. It doesn’t always bring back fond memories, but I think it is good to understand the loss of those students.

“I was able to have a family and prosper and have a career, and they didn’t,” Cleary continued. “Every time I go back to the commemorations, it has more of an impact on me, I guess as I get older. We have grandchildren now – one and one on the way.”

The magazine eventually paid Ruffner $2,000 for his work, and, several months later, made the decision to transfer the copyright of the photos back to him, a move Ruffner believes was precipitated by the FBI asking questions about the photos. By signing the rights back over to Ruffner, the magazine could stay out of any legal battles over them, he theorizes. 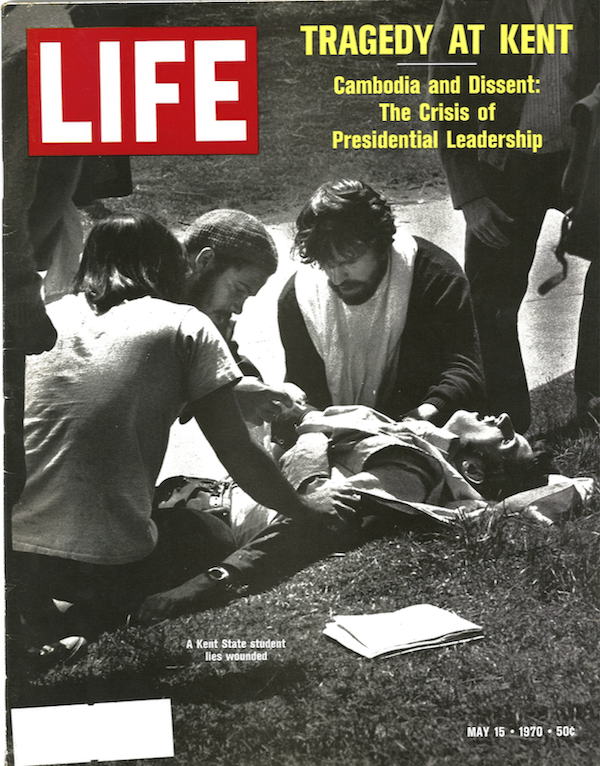 The magazine mailed Ruffner a box containing the negatives, contact sheets showing all the images and a printed copy of each photo.

A native of Lakewood, Ohio, Ruffner was 24 at the time, about five years older than most college freshmen because he had joined the U.S. Air Force a year after high school. It was in the Air Force where he first received photography and journalism training. After his discharge, he started at Kent State in 1969 on the G.I. Bill to study broadcasting but pursued his love of photography working for the yearbook and the Stater.

After a long career in corporate communications and later teaching high school media studies, Ruffner retired in 2014. In the nearly 50 years that have passed since May 4, Ruffner kept all the photos in the original box sent by the magazine.

The idea to write his own book came in 2015 while vacationing with his wife and friends at a cabin in Wyoming. The conversation turned to Kent State, and Ruffner’s friend, a retired history professor, suggested he compile a book.

“He said, ‘You witnessed all this stuff. You are a primary witness. You just need to do it,’” Ruffner said.

Ruffner decided that, not only did he have something to say, but plenty to show. Except for the four photos that appeared in Life, most of the images in the book have never been seen before.

Throughout the book, Ruffner uses a technique to darken certain subjects in crowd photos, so to accurately show their location in relation to other subjects and the guard. He believes it’s the first time any May 4 book has explained these logistical issues in such detail, and he believes it will offer the reader a new perspective on what really happened.

“I feel good about what I did because it’s more than just about May 4th,” he said. “I wanted to let them know that May 4th does not typify the kind of student that I saw when I entered Kent State University.”

Ruffner was careful to include plenty of photos of students taking part in their normal activities. His photos show students looking freshly scrubbed and wholesome, not the image of the hippie radicals as he believes the government tried to portray the students.

The photos show students attending a Sly and the Family Stone concert wearing dresses and jackets and ties.  There are shots of the homecoming queen and students splashing around in a mud fight, an annual spring ritual.

“These are the real students,” he said. “There’s nothing that shows out-and-out crazy radicals.”

Cleary is thankful that Ruffner was able to document what happened and hopes his book might help younger generations to understand May 4.

“I’d like people to understand what happened at Kent, maybe because of the mistakes that were made, the violence that occurred there, so that this never happens again if there is a time when there are protests on campus,” Cleary said. “There has to be other ways of dealing with it rather than bringing in the military.”

Ruffner said the project has given him some closure on May 4, and he hopes the book will help to spark a new generation of student activists.

“I hope this book gives them the passion to keep going and not to give up on their dream,” he said. “They can make a change. They can make a difference.”