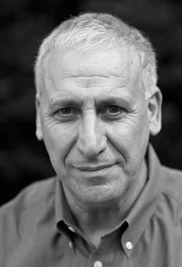 Hirsch, judge of the 2011 Stan and Tom Wick Poetry Prize, is the author of numerous books of poetry and prose. He has received many awards including fellowships from the Guggenheim and MacArthur foundations, the Rome Prize from the American Academy in Rome, an Ingram Merrill Foundation Award, a National Endowment for the Arts Fellowship, and an Academy of Arts and Letters Award. He is currently the president of the John Simon Guggenheim Memorial Foundation.

Creedon is the winner of the 2011 Stan and Tom Wick Poetry Prize for her book Wet. She is a writer, editor, and 15-year veteran of the waitress wars. Her poems have appeared in theMassachusetts Review, American Poetry Review, Ploughshares, Yale Review, Rattle, Best New Poets, Best of the Best American Poets, and elsewhere.

The prestigious annual Stan and Tom Wick Poetry Prize, published by the Kent State University Press, now in its eighteenth year, is a highlight of our reading series and one of the many ways that the Wick Center continues to encourage new voices regionally and nationally,” says Wick Poetry Center Director David Hassler. “This year's winner, Carolyn Creedon, will be reading from her book, Wet, along with contest judge, award-winning poet Edward Hirsch. We are thrilled for the praise Creedon has already received for her book, which Hirsch calls ‘fiery and fervent.’” 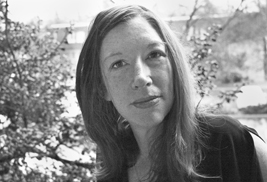 Yale literary critic Harold Bloom has said that Creedon "is not like anyone else now publishing in our country.  Her directness and immediacy make her a kind of legitimate granddaughter of the sublime Walt Whitman."