Religion and the Internet Is Subject of Oct. 22 Presentation 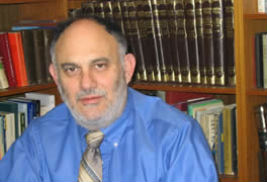 "The Ghost in the Machine: How the Internet Is Changing How We Do Religion” is the subject of the fall 2013 symposium hosted by Kent State University’s Center for the Study of Information and Religion in the School of Library and Information Science.

Religions historically have tended to be very local and congregationally based, says Haas. Scholars of religion thus have been trained to look at local culture and context. But what does this importance of place mean for religion on the Web? The Internet seems to make it possible for religious interaction to occur outside of any communal or shared religious space. What, then, do we learn about contemporary religion and its practice by observing its Internet manifestations?

Haas’s presentation is intended to begin a conversation about how we might rethink our definition of religion. To address this question, he will direct attention to the religious websites of three different religious communities: one Jewish, one Roman Catholic and one Islamic.

Haas received his doctorate in Jewish Studies from Brown University in 1980. Prior to enrolling at Brown, he attended Hebrew Union College in Cincinnati where he was ordained as a Reform rabbi in 1974. After ordination, he served on active duty as a U.S. Army chaplain for three years. He received his B.A. degree in Ancient Near East History in 1970 from the University of Michigan.

Haas joined the Department of Religious Studies at Case Western Reserve University in 2000, after serving on the faculty in Religious Studies at Vanderbilt University from 1980 to 1999. He has taught courses in Judaism, Jewish ethics, the Holocaust, and Western religion. He has published several books and articles dealing with moral discourse and has lectured in the United States, Germany and Israel. His most recent work is on the relationship between science and moral discourse.

The Center for the Study of Information and Religion (CSIR) is a research initiative of the School of Library and Information Science at Kent State. The center was founded in 2009 with the goal of facilitating research on the various institutions and agents of religion and their effect on social knowledge through the use, dissemination and diffusion of information.