Live Chat
Singer David Crosby points at a photo of the May 4, 1970, shootings that killed four Kent State students.

“It’s like getting hit in the face with a bucket of cold water.”

“It’s a shocker," he said. "You can’t walk through here and not be affected.” 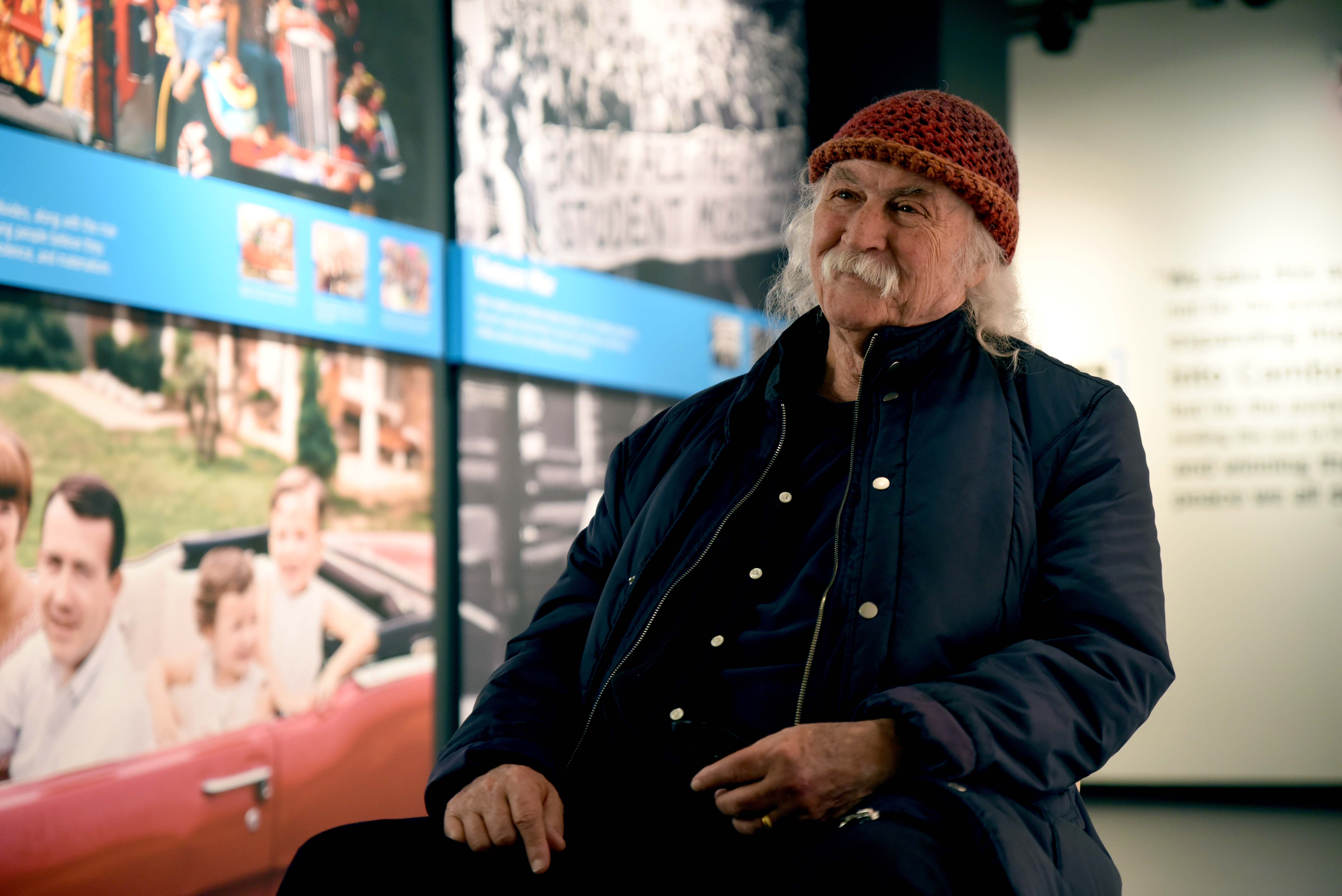 While Mr. Crosby’s presence is evident throughout the venue, which includes a picture of him as well as music from his group Crosby, Stills, Nash and Young, this is the first time the performer has visited the center.

“This is really good. Really effective. People who built it really care. They did it intelligently, and they did it skillfully and they did artfully,” Mr. Crosby said. “I am close to tears because (the shooting of 13 Kent State students, killing four and injuring nine, by the Ohio National Guard in 1970) shouldn't have happened.”

Mr. Crosby came to Kent on Nov. 5 for a planned musical performance at the Kent Stage. Prior to the concert, he scheduled a private tour of the center both to see the presentations for himself and to capture his thoughts and feelings with a documentary film crew.

Mr. Crosby, 76, was openly quiet and subdued for much of the hour-plus he spent in the center’s three galleries. He also spent time chatting with Laura Davis, Kent State Professor Emerita of English and founding director of Kent State’s May 4 Visitors Center.

Following his tour, Mr. Crosby took a few minutes to speak with student reporters and others about his memories of 1970 and the profound impact the events at Kent State had on his life and on his music.

“Shocked that four of America’s children had been gunned down on a campus doing something that they were legally allowed to do,” he said. “The single most important factor here is courage. So, if you want one word, it’s 'courage.'

“These people were brave,” he continued. “They were very brave, and they got shot to death for it, but they’re still inspiring us. To this day, when I walk into a demonstration or I walk out into the street I face cops, I think of these people.”

The May 4 Visitors Center offers an educational walking tour to anyone interested in learning more about the historical significance of the May 4 events. The tour includes stops at locations where key moments of the events took place. This blending of physical space with educational materials is part of what makes the center such a unique and memorable experience.

Mr. Crosby said that he expected to perform “Ohio,” the iconic song about the shootings at Kent State, during his Kent concert. Unlike his other music, which is meant to get the audience to “boogie,” Mr. Crosby said he has never been able to play “Ohio” and not be captivated by the moment.

“As soon as I hit that opening guitar riff, I’m in it,” he said. "It comes right back. I’m screaming 'four, why?' and I’m damn near in tears every time.”