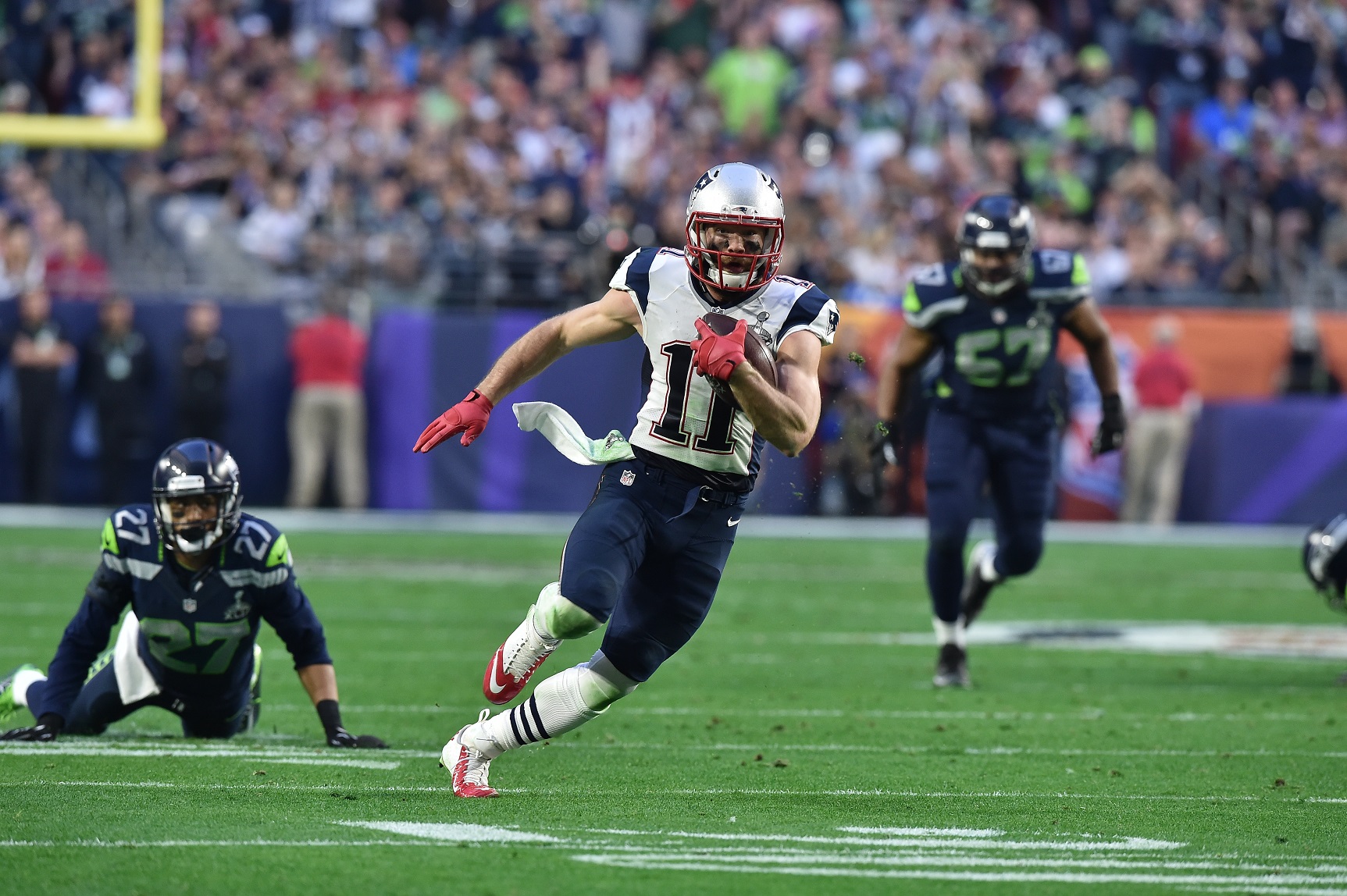 “Get ready, Kent State,” Edelman said. “I’m coming back! I am excited to be the Grand Marshal of this year’s Homecoming Parade. I want to see as many Golden Flashes’ fans – current students, graduates, community members and visitors – to come to this year’s festivities. I am a proud Golden Flash, and I can’t wait to see everyone and be back on campus.”

A native of Redwood City, California, Edelman played on Kent State’s football team from 2006-2008. He was a three-year starting quarterback at Kent State and a captain on the 2008 team. He still holds Kent State single-season record for total yards (3,190) and is among the Golden Flashes’ career leaders in both passing yards (4,997) and rushing yards (2,483).

The New England Patriots chose Edelman in the seventh round of the 2009 NFL Draft. Over the last two seasons, Edelman has caught 197 passes for the Patriots, helping New England to a Super Bowl XLIX victory this past February.

This year, Edelman will be inducted into the Kent State Varsity “K” Athletics Hall of Fame. He is one of eight new members in the 2015 class, which also includes Kent State alumnus and University of Alabama head coach Nick Saban. Due to the Patriots’ schedule, Edelman is unable to attend the induction ceremony on Sept. 26. However, Kent State’s Department of Athletics will honor Edelman as a Varsity “K” inductee during the Oct. 3 Homecoming football game against the Miami University RedHawks.

Prior to the parade, Kent State students, alumni and fans will have the opportunity for a meet and greet with Edelman at 10:15 a.m. at the Alumni Hospitality Tent by Williamson Alumni Center, located near the corner of East Main Street and Midway Drive in Kent.

The Kent State Homecoming Parade steps off at 11 a.m. Parade attendees will have the opportunity to catch mini footballs thrown by Edelman along the parade route. He’ll also attend the football game that kicks off at 3:30 p.m. at Dix Stadium.

For more information about Kent State’s Homecoming 2015, including a schedule of events, visit www.ksualumni.org/homecoming.

Kent State Celebrates the Return of Homecoming to Campus
Save the Date for Kent State’s Homecoming 2021
Join Us for Homecoming 2020 and Parents and Families Appreciation Week
Information
Mailing Address
P.O. Box 5190
Kent, OH 44242-0001