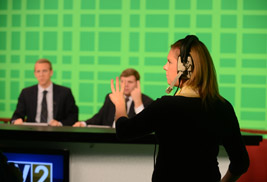 It was a big week in the Big Easy for independent student media of Kent State University’s School of Journalism and Mass Communication.

The ACP/CMA national convention is the largest gathering of college journalists and advisors in the world.