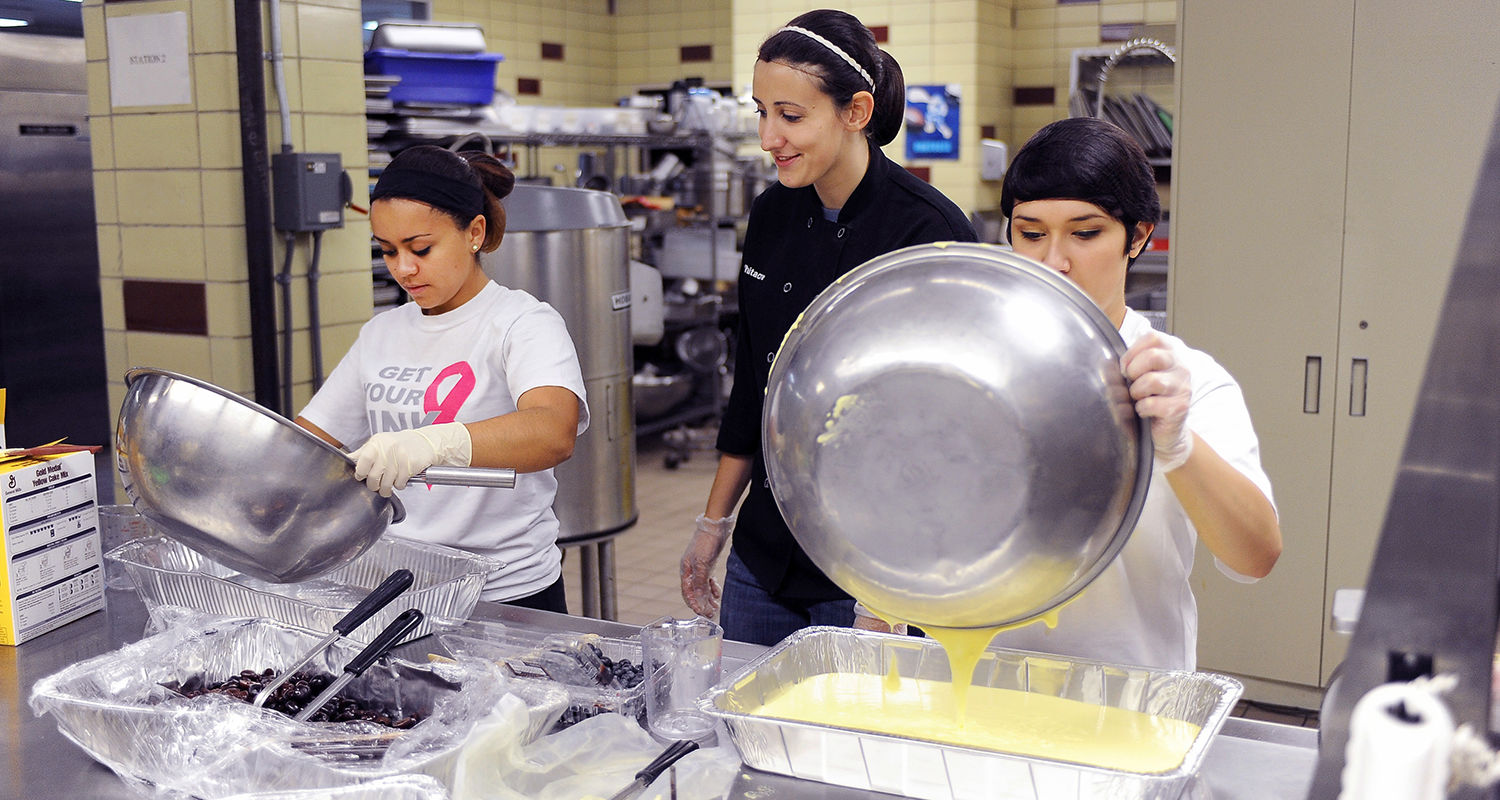 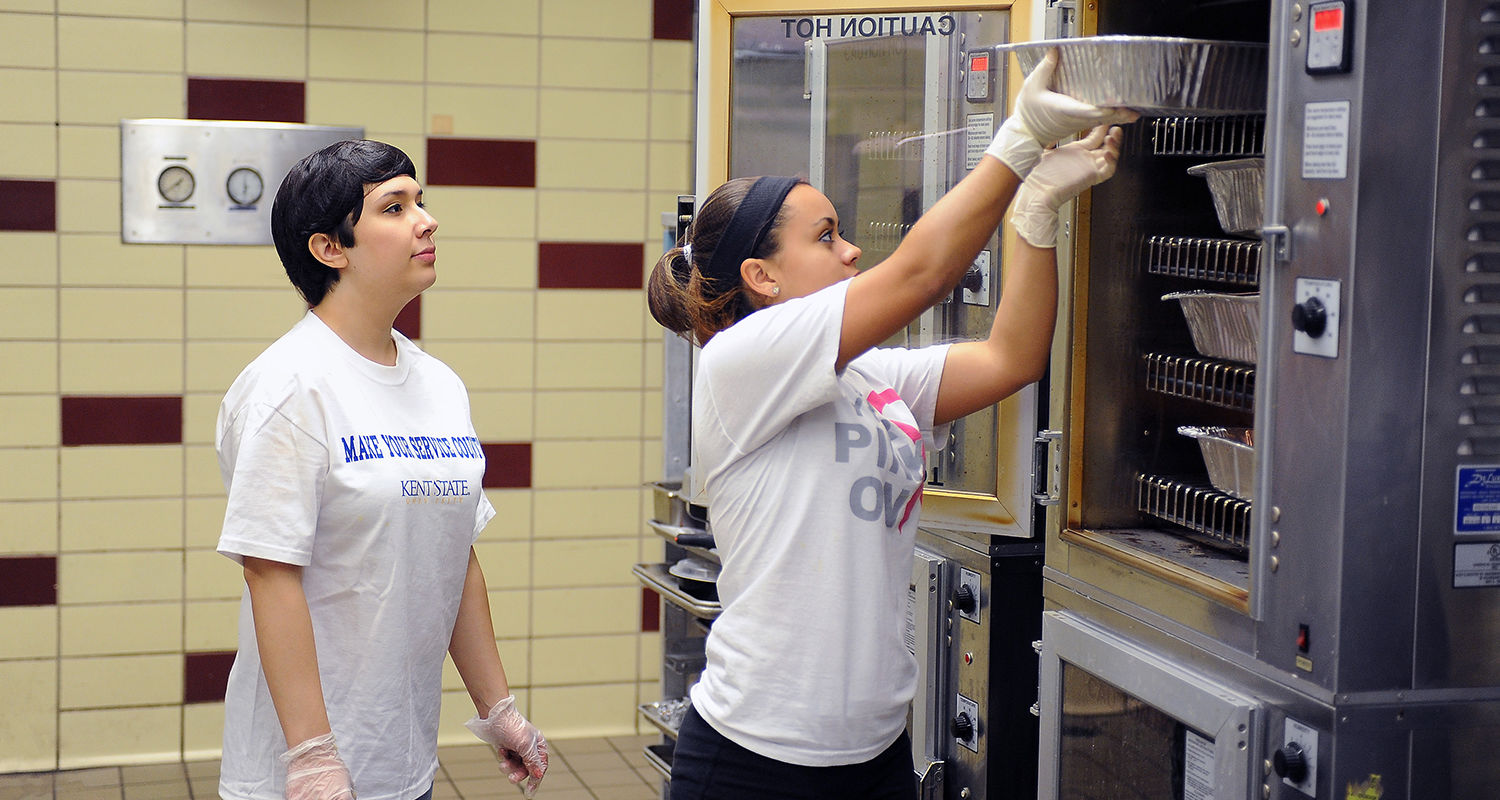 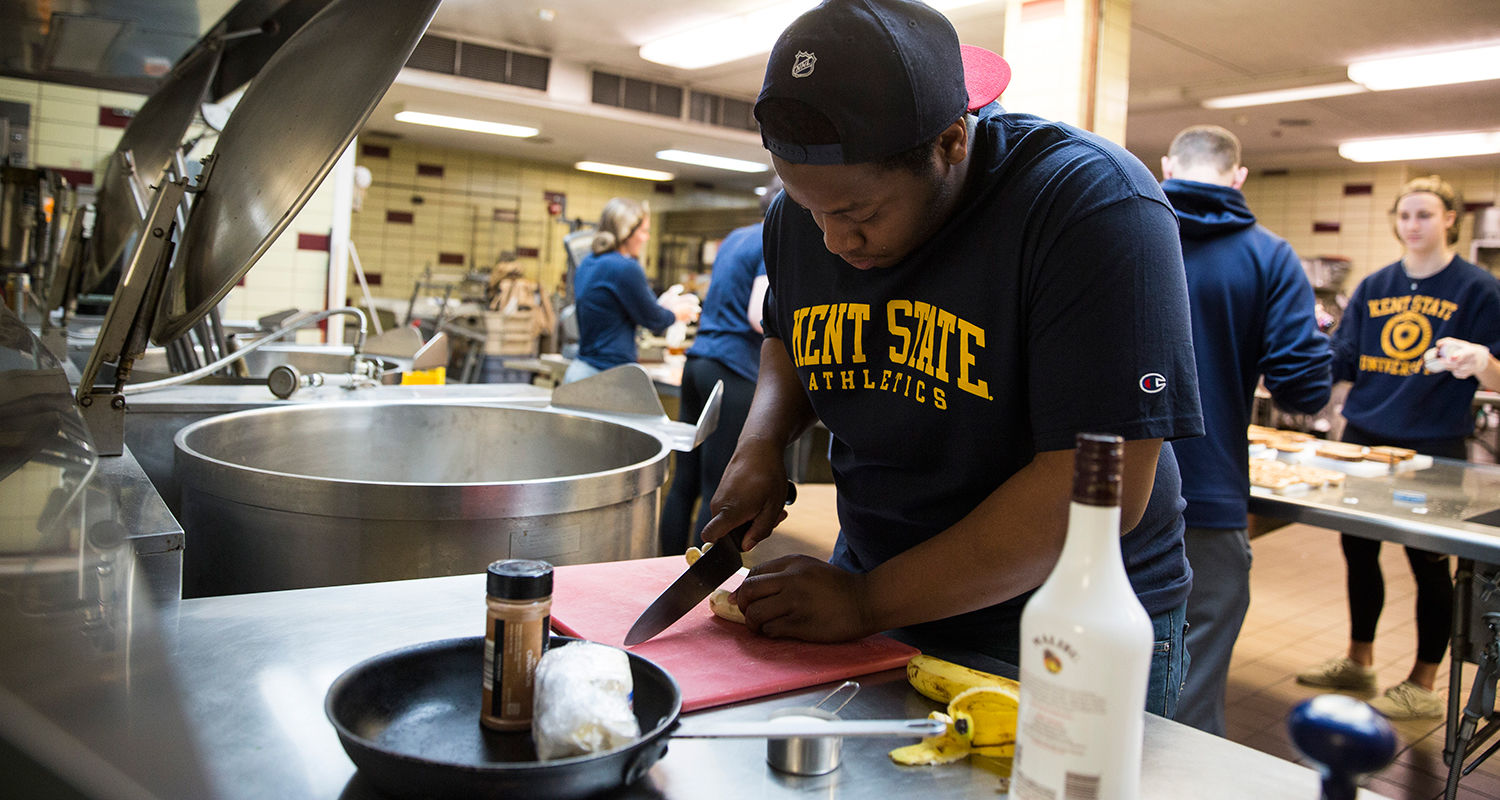 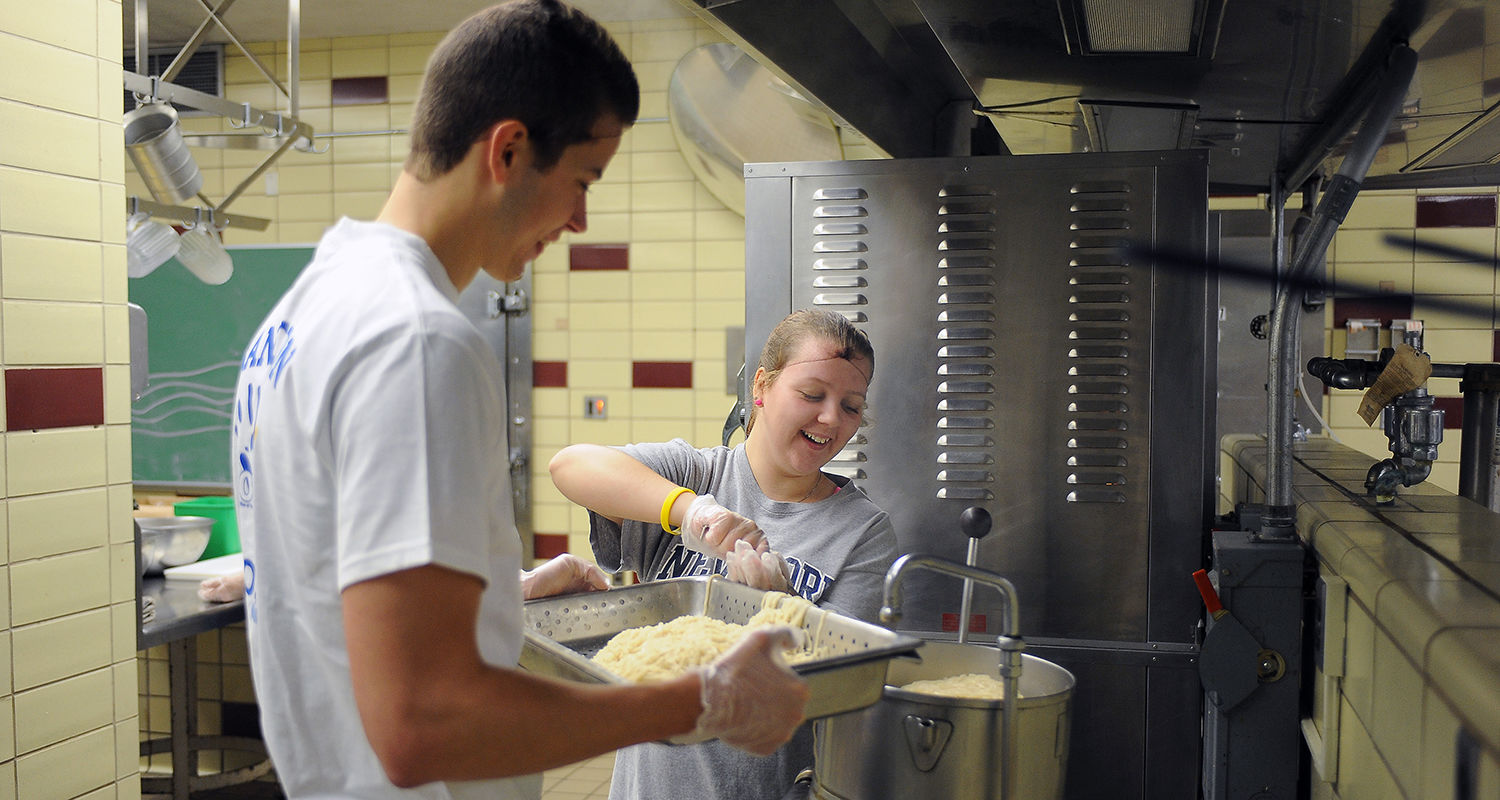 “At an alternative spring break in Washington, D.C., this past year, the Campus Kitchen volunteered at an organization called Martha’s Table,” said Ann Gosky, former director of Kent State’s Office of Experiential Learning and Civic Engagement, who now serves as the director of Kent State’s Office of Student Research. “The event we served at was a pop-up market where they go to local schools and provide an opportunity for families to shop for healthy produce and pantry items at no cost. We assisted with food demonstrations, nutrition lessons and other activities for children. Our students really enjoyed the activity and thought it would be a good response to address local food insecurity.”

“We received more than $300,000 worth of food product from Trader Joe’s,” Gosky said. “The store was moving locations and could not move products from one location to another, so it allowed organizations to come and recover some of their food. We were able to recruit nearly 60 volunteers to make that happen over the course of a week. Roughly two-thirds of what we recovered went directly to Center of Hope and Kent Social Services. We have used the rest to continue to provide our services throughout the year.”

“It’s important that students know food insecurity is a reality,” she said. “Some of our own students experience it, and it’s good other students are aware that that need exists. It also helps students develop life skills. If they’re a volunteer in the kitchen, they learn how to use a knife and create healthy dishes. And, hopefully, their views of the community are expanded.”

“The Campus Kitchen helped shape my career path,” Drungil said. “I studied nutrition as an undergraduate student, but after working with Campus Kitchen, I applied to graduate school for public health. That will give me more of the tools I need to fight hunger and deal with food insecurity. All of that was totally shaped by working with the Campus Kitchen.”

Learn more about the Campus Kitchen at Kent State