Andy Lovrak does not take “no” for an answer. The Kent State University senior advertising major in the College of Communication and Information was told that making a video to benefit children battling cancer might be too difficult. But with full support from Akron Children’s Hospital, Lovrak and his team got to work to overcome obstacles.

Their nearly four-minute-long dance video is on its way to going viral.

Lovrak and his team created and produced the video to serve as a launch pad to the third annual dance marathon put on by Flash-A-Thon, a nonprofit philanthropic organization on the Kent Campus that benefits Akron Children’s Hospital.

The video features 12 young patients, their families, 56 Kent State students and staff inside the hospital lip-synching to One Republic’s hit song, “I Lived.”

Lovrak chose it not only for the powerful words about living life to the fullest, but also with the hope of web surfers searching for the song and stumbling onto the video.

“I want them to understand how much these kids are fighting every day,” Lovrak said. “It can be so hard, but they’re so happy and they’re fighters. That’s how we should live, and it’s so inspiring to see them.”

After a few rehearsals, the video took nearly a day to shoot. Four separate takes later, Kent State students edited it all together. 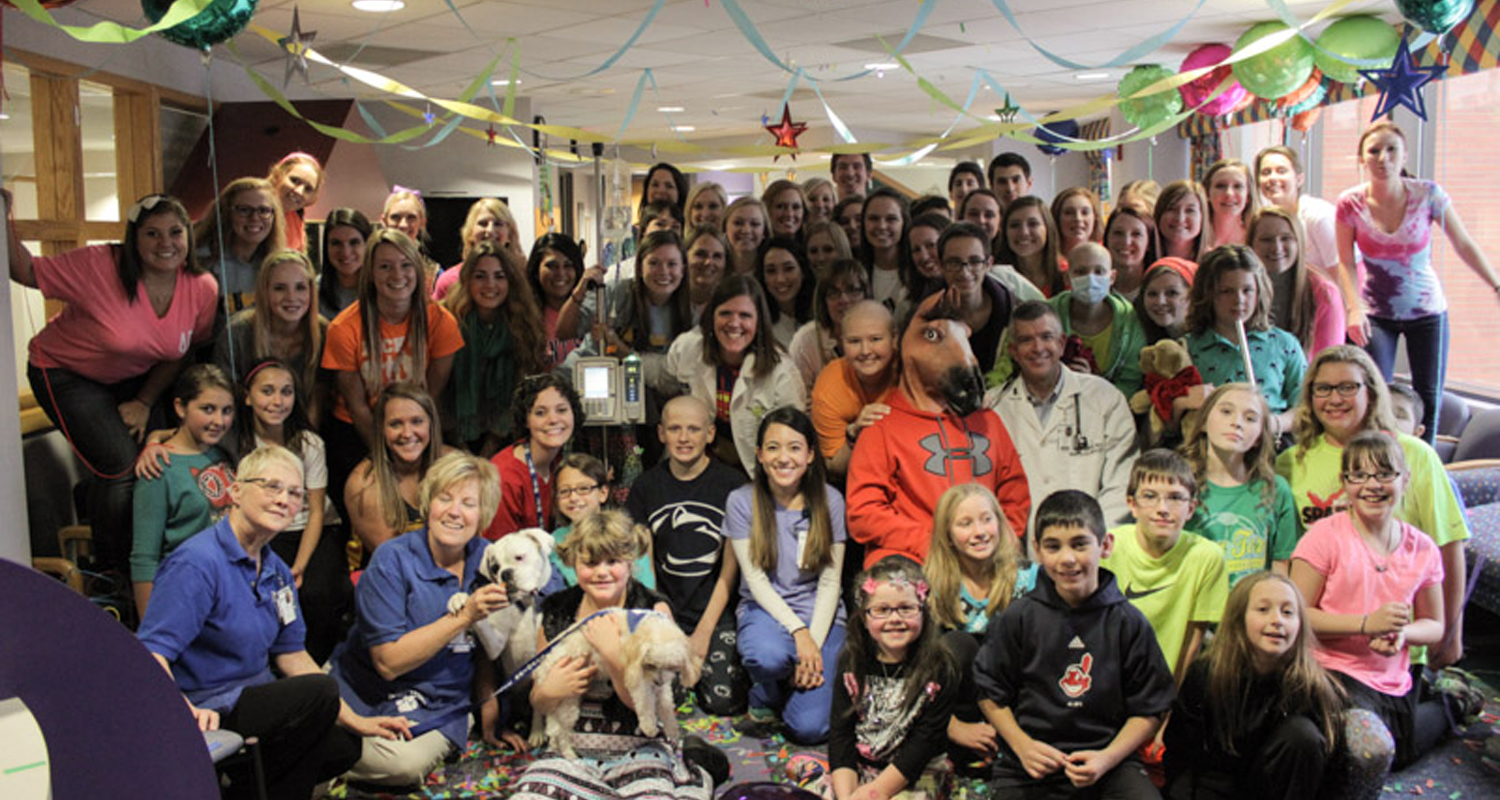 The video is one of many fundraising efforts that Flash-A-Thon uses all year-round to help patients financially and emotionally in the hospital’s pediatric hematology-oncology division.

“It was really exciting because I serve as the liaison between the hospital and Kent State,” said Kent State senior Abby Myers, who is majoring in human development and family studies in the College of Education, Health and Human Services. “It was a lot of work, but it was fun work. It was fun getting to know the children and their families.”

Myers and Lovrak have started a social media push on Facebook, Twitter, Tumblr and reddit. They’ve also shared it with various pediatric cancer support groups and dance marathons. It even aired on WKYC-TV, the NBC news affiliate in Cleveland, and WEWS-TV, the ABC affiliate in Cleveland. So far, the video has received more than 19,000 views on YouTube.

For 12 hours, students from all groups at Kent State campuses, as well as community members from Portage County, will dance for the kids who cannot.

“It’s going to one of the best children’s hospitals in the country and helping kids who are trying to live a normal life but are having a difficult time,” Myers said.

The dance marathon will take place April 25 from noon to midnight in Kent State’s Student Recreation and Wellness Center. The cost is $15 at the door. Click here to register.