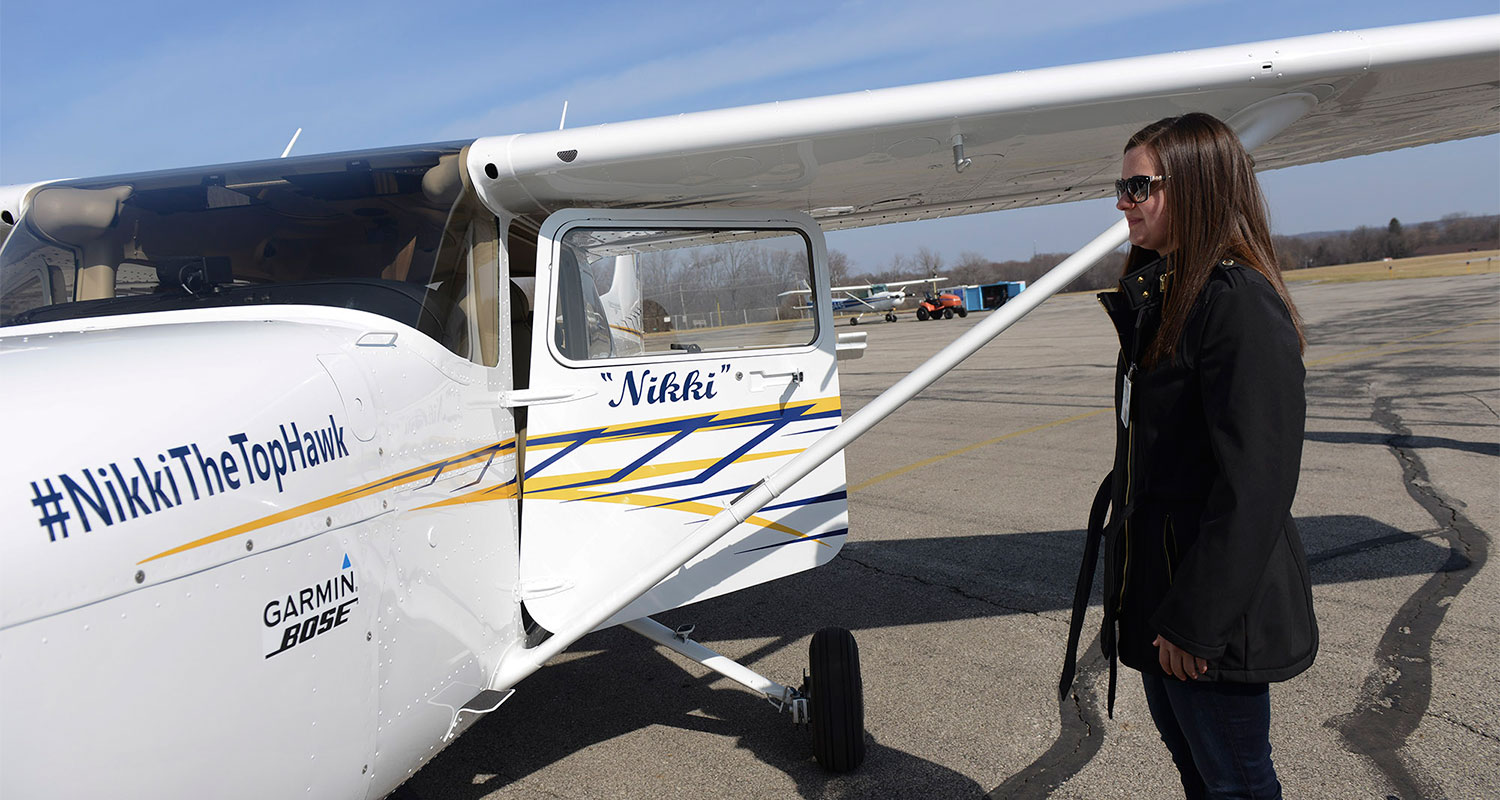 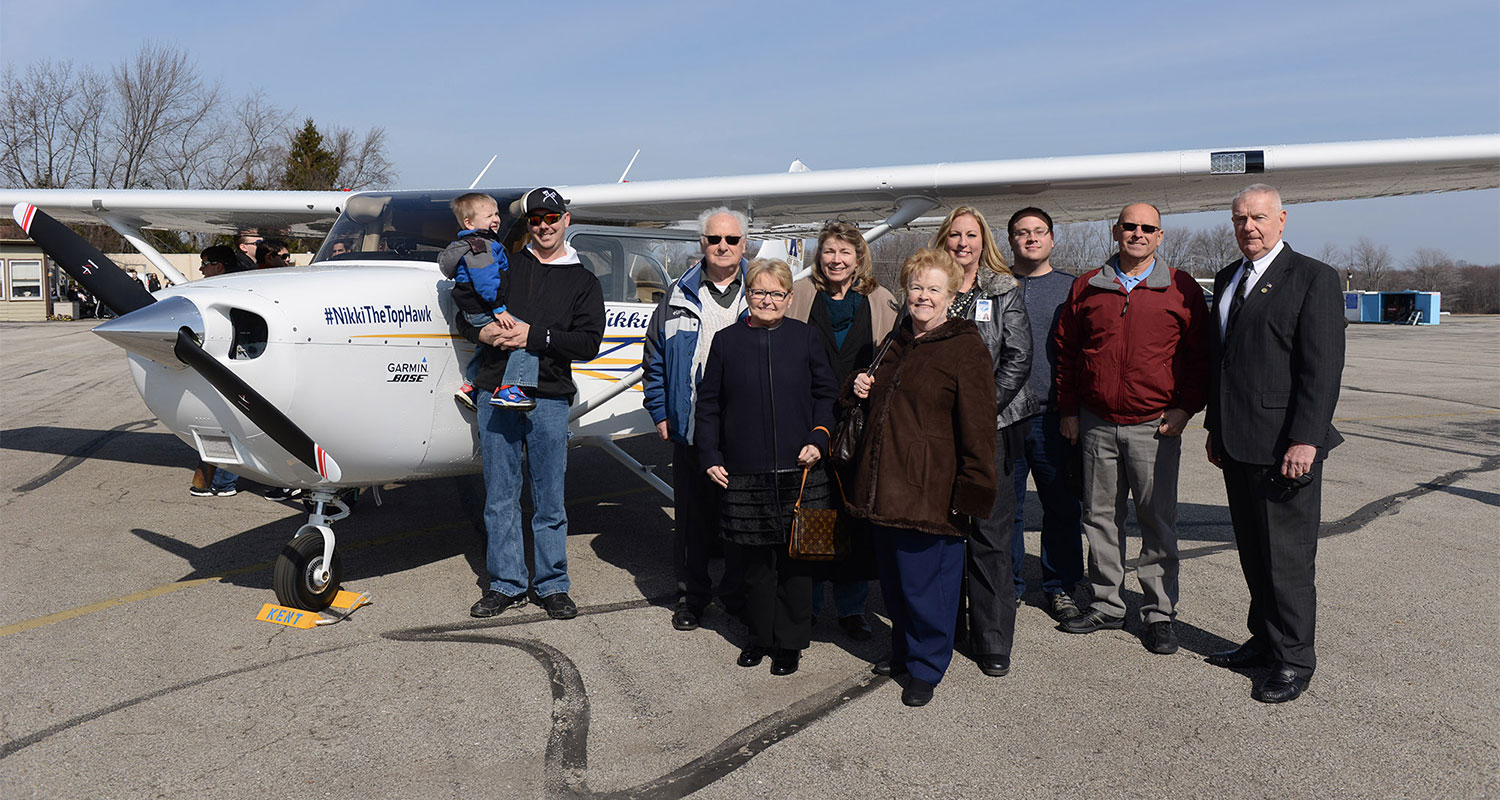 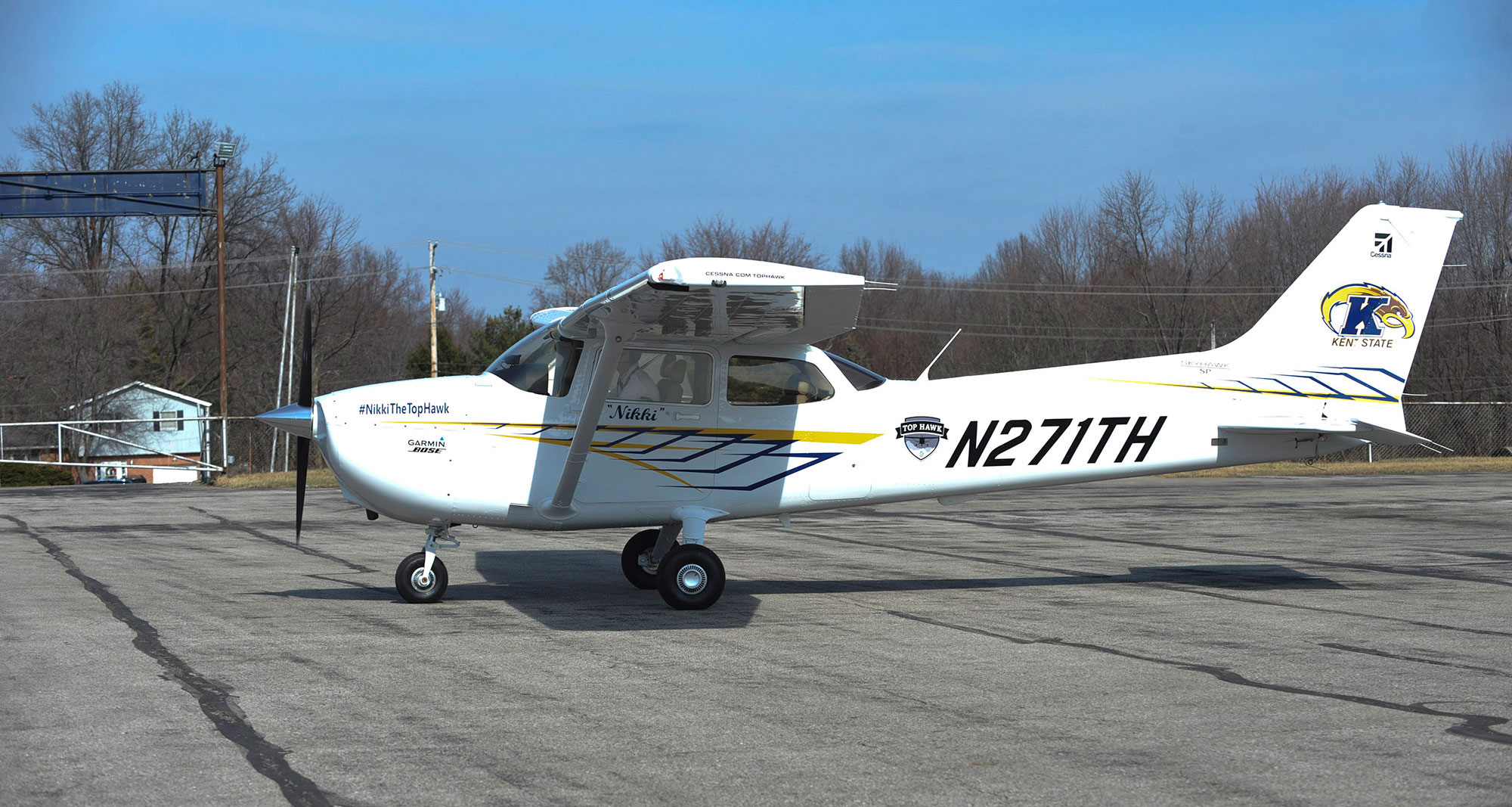 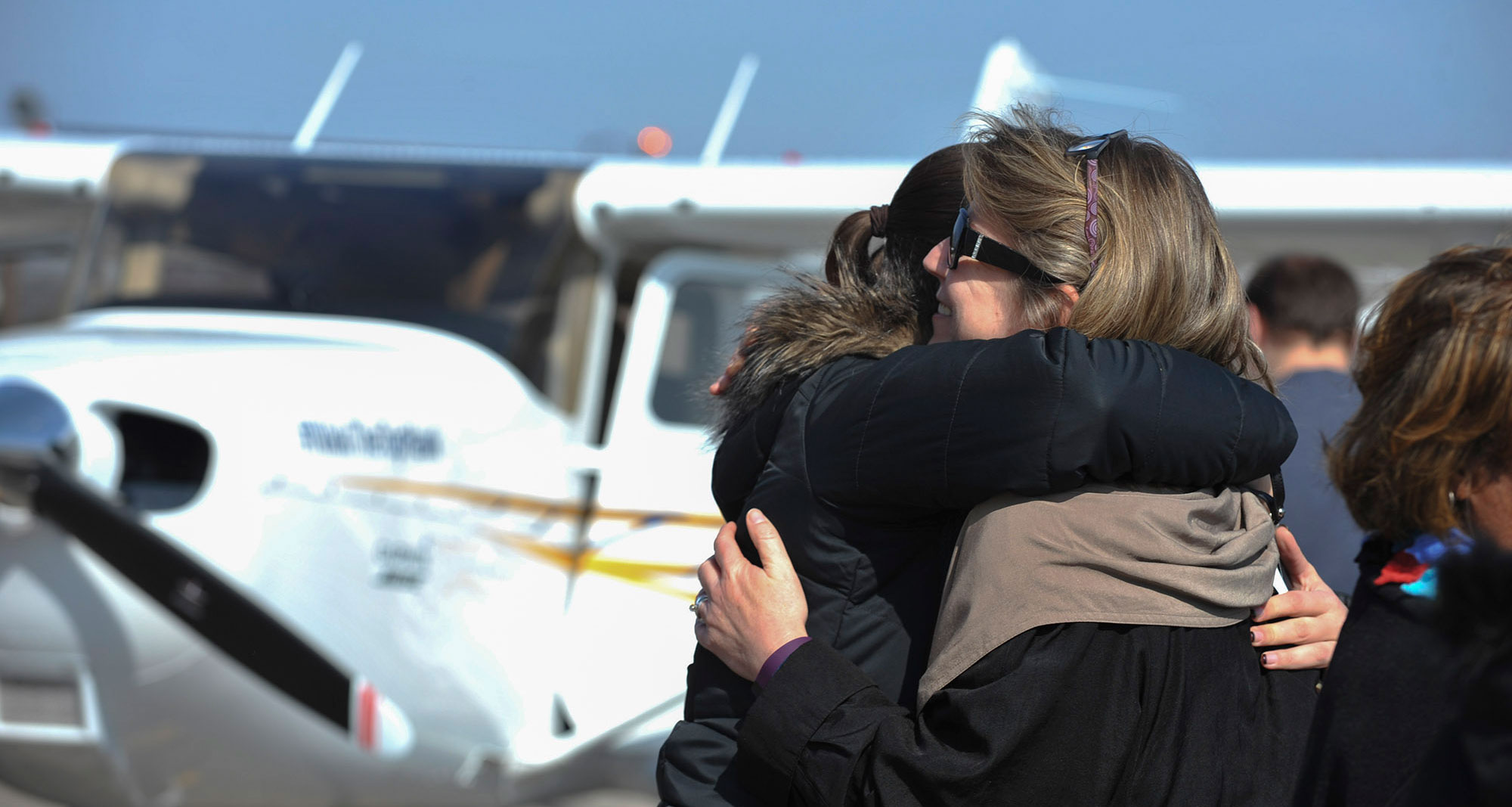 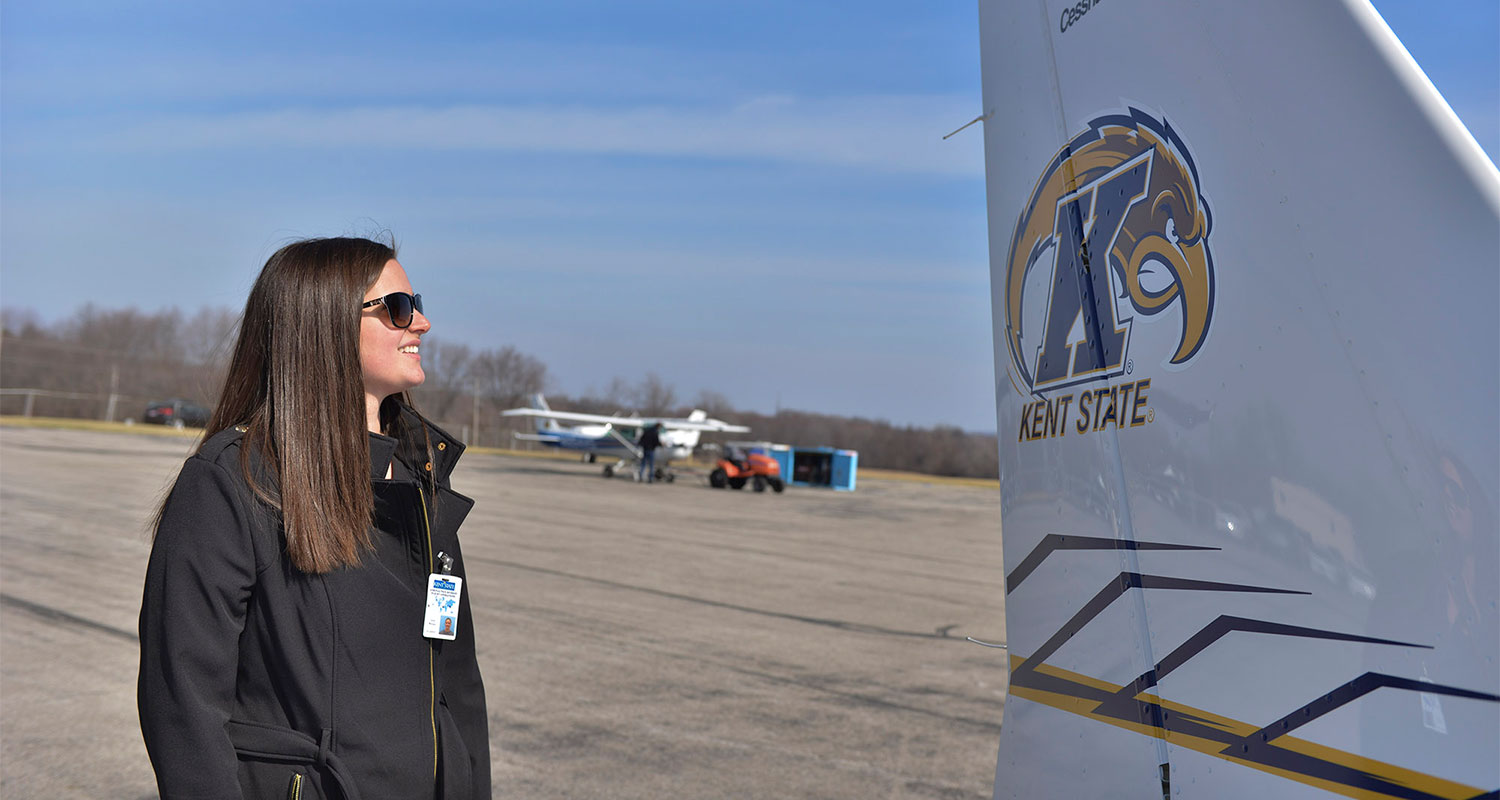 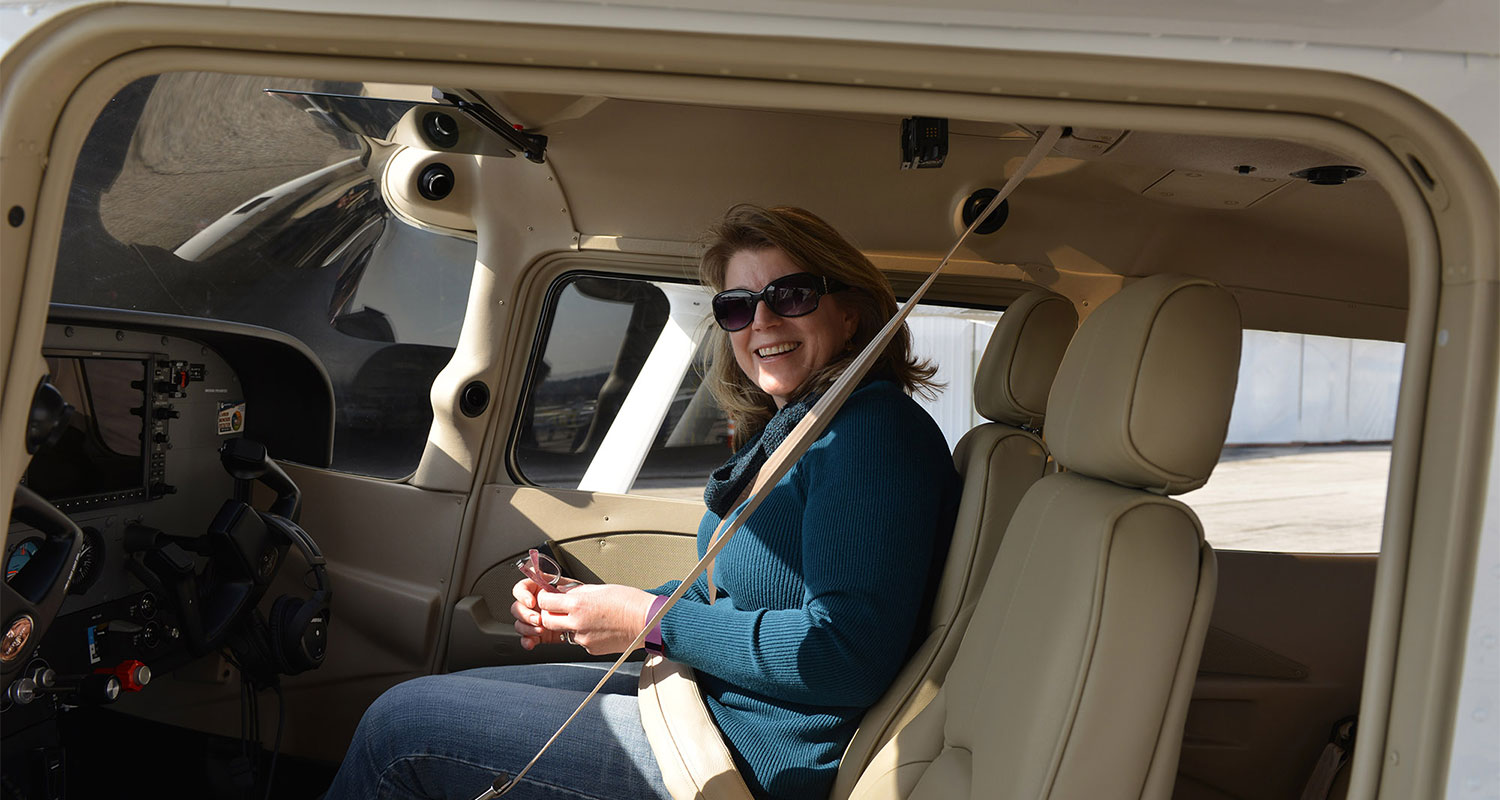 Kent State was named a 2016 Top Hawk university, one of only four universities nationwide to receive the honor. Each school was awarded a Cessna Skyhawk to use for one year.

In addition to supporting typical flight training operations, the Top Hawk aircraft will:

The aircraft has been named Nikki in celebration of the life of Nicole “Nikki” Kukwa, a Kent State aeronautics student from North Royalton, Ohio, who died on Oct. 23, 2006, after receiving a leukemia diagnosis during her junior year at Kent State.

“Nikki was instrumental in establishing Kent State’s Women in Aeronautics Club, was an exemplary student and served as an inspiration to those who knew her,” said Robert Sines, interim dean of Kent State’s College of Applied Engineering, Sustainability and Technology. “A three-day, girl’s aeronautics camp takes place annually in her honor showing her continued, positive influence in aeronautics.”