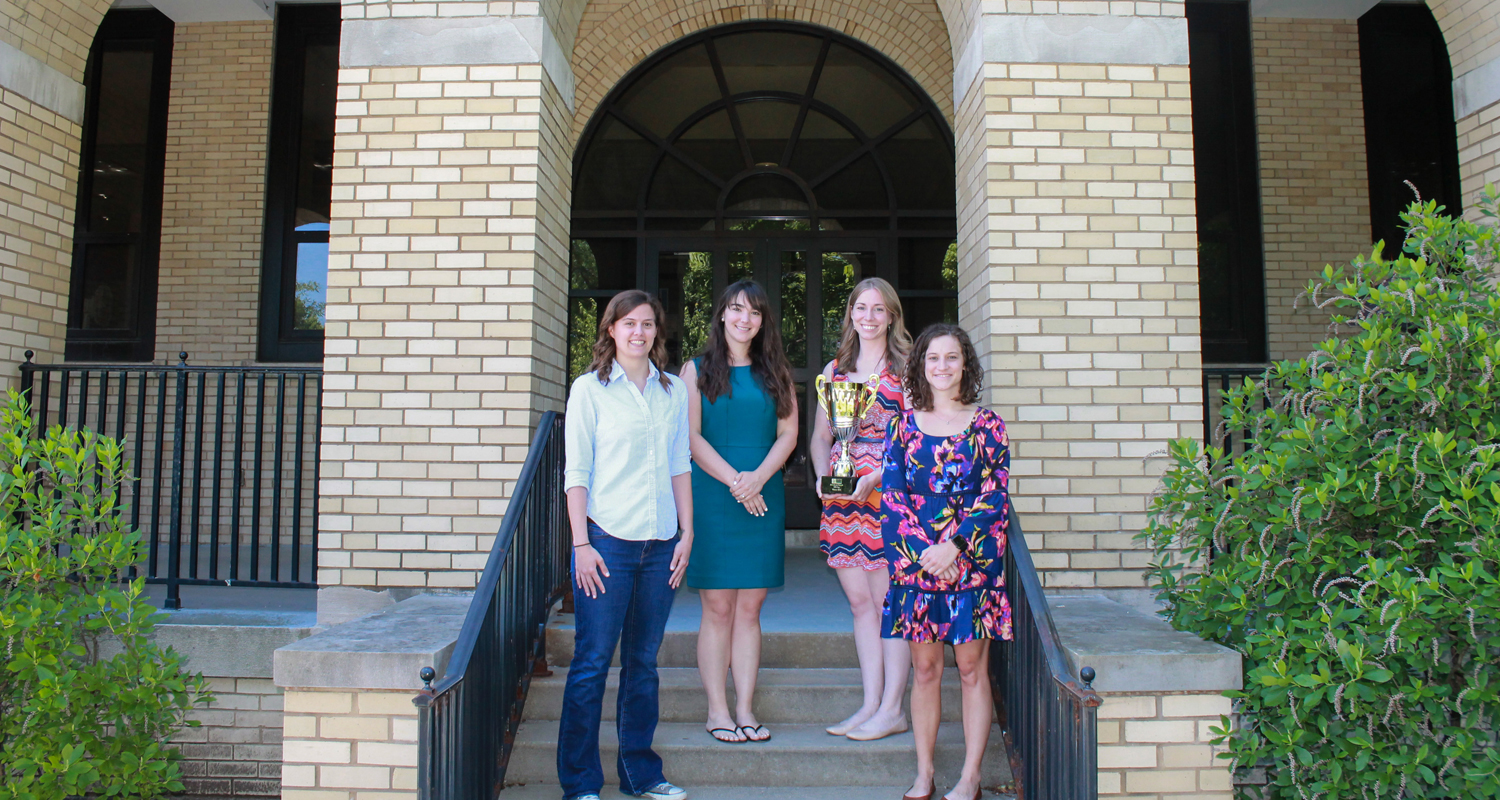 Four Kent State University graduate students in the Department of Psychological Sciences, in the College of Arts and Sciences, won the Sloboda and Bukoski Cup at the Society for Prevention Research’s annual conference.

For the competition, the team was given a specific data set and then had eight weeks to familiarize themselves with the content, conduct a literature review, develop research questions, analyze the data and prepare a multimedia presentation that fit into the conference theme “Using Prevention Science to Promote Health Equity and Improve Well-Being.”

Baker, whose own research is on dating violence, served as the team captain and said that after hearing about the competition from her mentor, she and her labmates decided to form a team and apply.

“After we received the data set, we were really excited because it focused on interpersonal relationships, which fit really well into our own work as a lab,” Baker said. “Each team member brought their own set of skills to the project.”

Baker credited the team’s victory on the quality of their program at Kent State.

“We have a very strong training program here that’s based on theoretical knowledge and scientific method,” she said. “It’s trained us to become critical thinkers so that we’re prepared to explore situations that are outside of our specific research areas.”

Kent State Psychology Professor Manfred van Dulmen, Ph.D., who serves as the students’ primary graduate advisor, also served as the team’s mentor for this competition. The team also was assigned a prevention science mentor from Northwestern University, C. Hendricks Brown, Ph.D. Van Dulmen believes that this victory is a testament to the team’s hard work, as well as the strength of their program at Kent State.

“To win this early career award, which is based on empirical work with an existing data set in about eight weeks, is a major compliment to these graduate students and the training they receive,” van Dulmen said.

Founded in 1991, the Society for Prevention Research is a multidisciplinary group made up of scientists, practitioners, advocates, administrators and policymaker whose goals are to advance scientific investigation “on the etiology and prevention of social, physical and mental health, and academic problems and on the translation of that information to promote health and well-being.”

Baker is a third-year doctoral student, and her primary research areas include romantic and peer relationships, particularly related to violence in dating relationships.

DeLuca is a third-year doctoral student, and her primary research areas include romantic and peer relationships and methodological and measurement issues in assessing these relationships.

Cochran is a third-year doctoral student, and her primary research areas are close and romantic relationships.

Stigall is a first-year graduate student who is primarily interested in studying maintenance and satisfaction in romantic relationships.