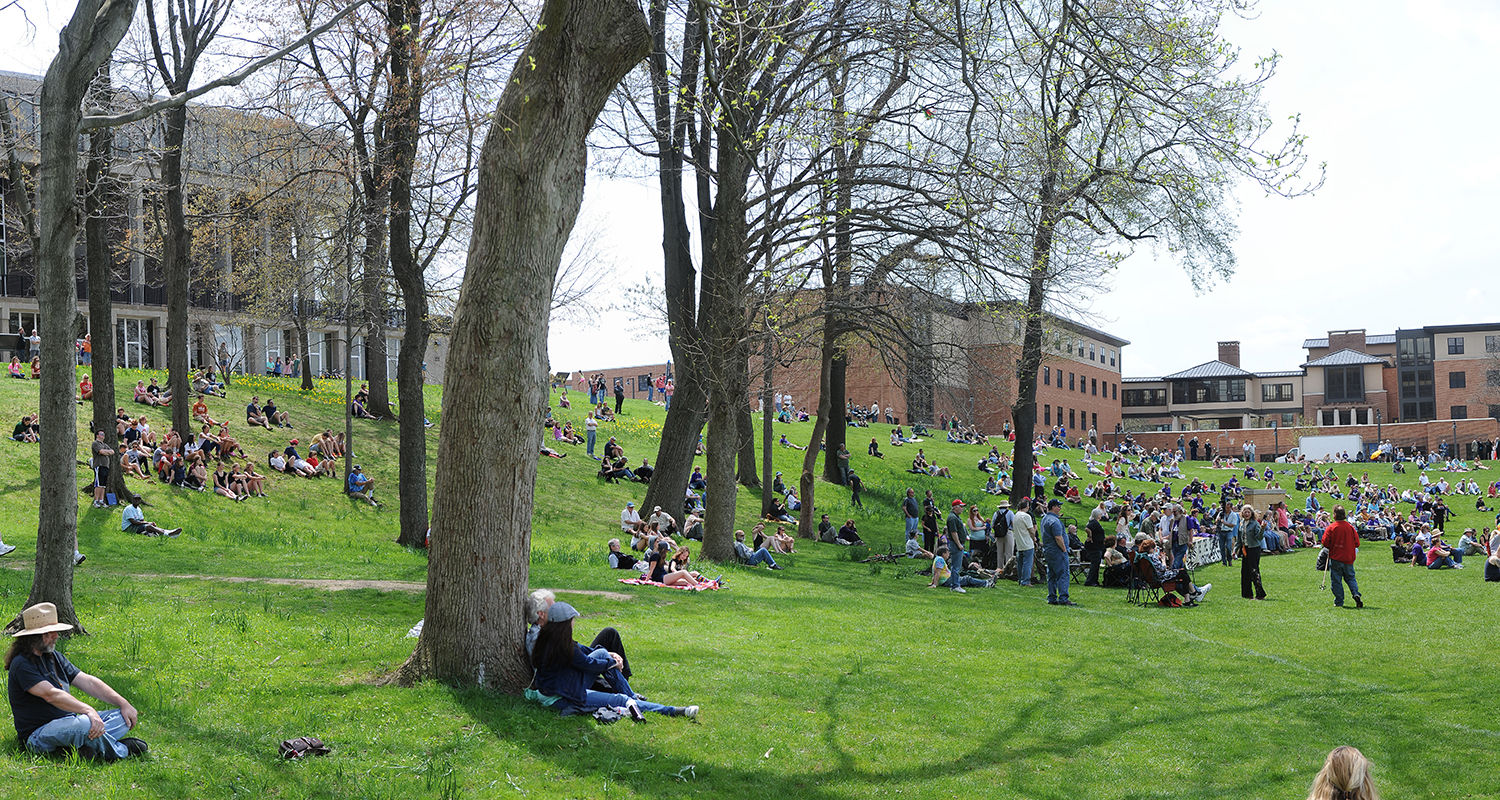 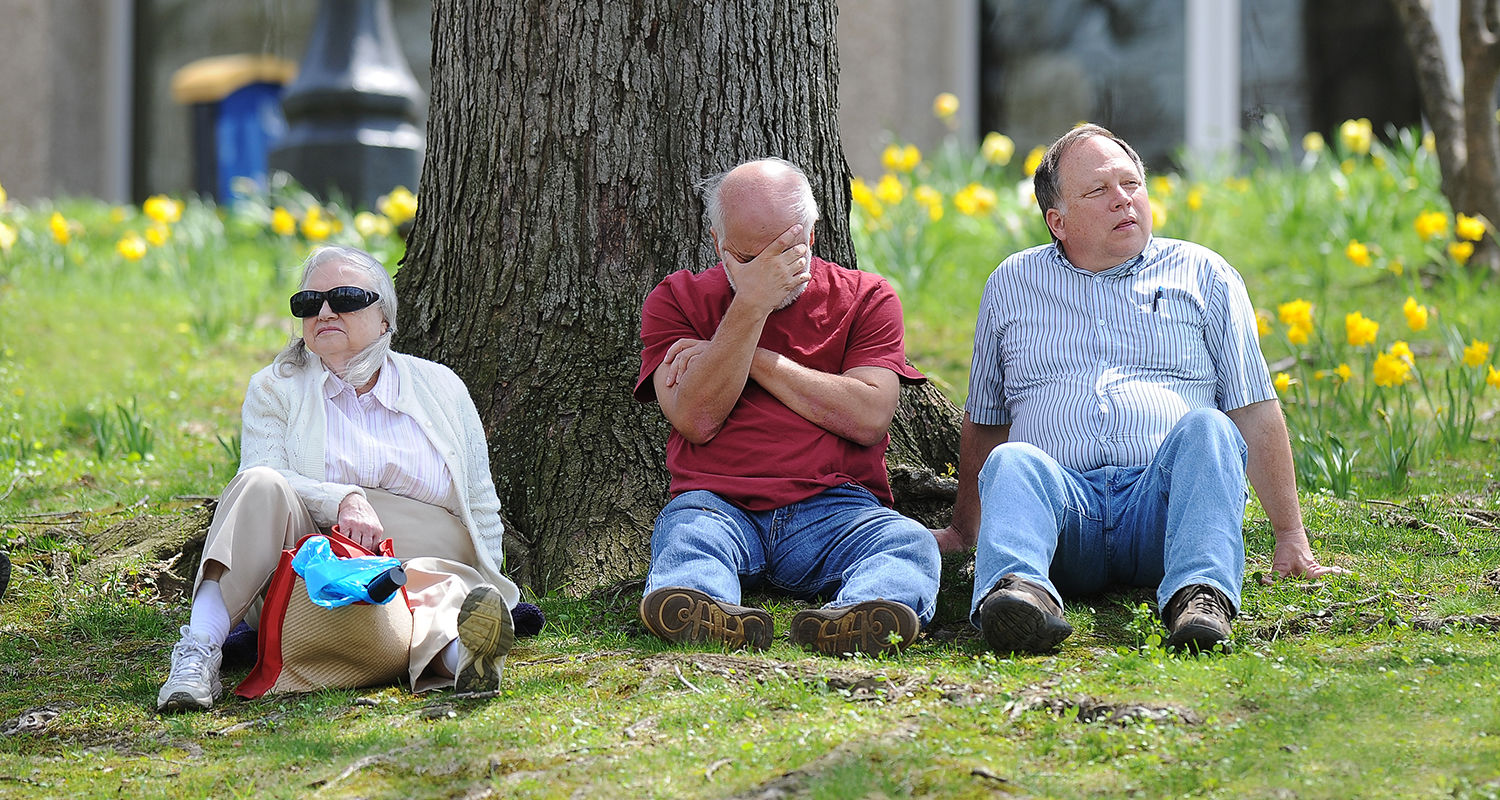 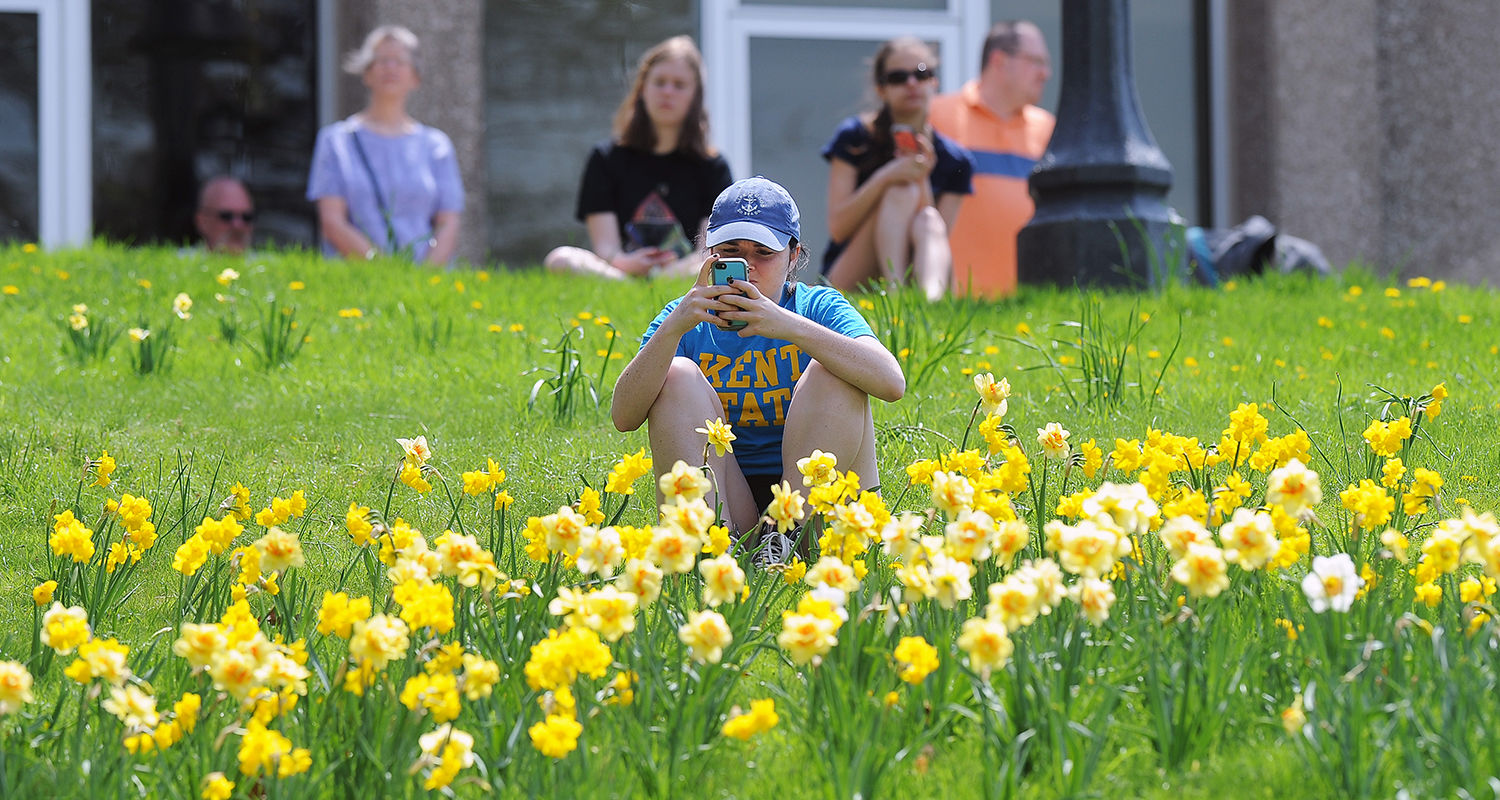 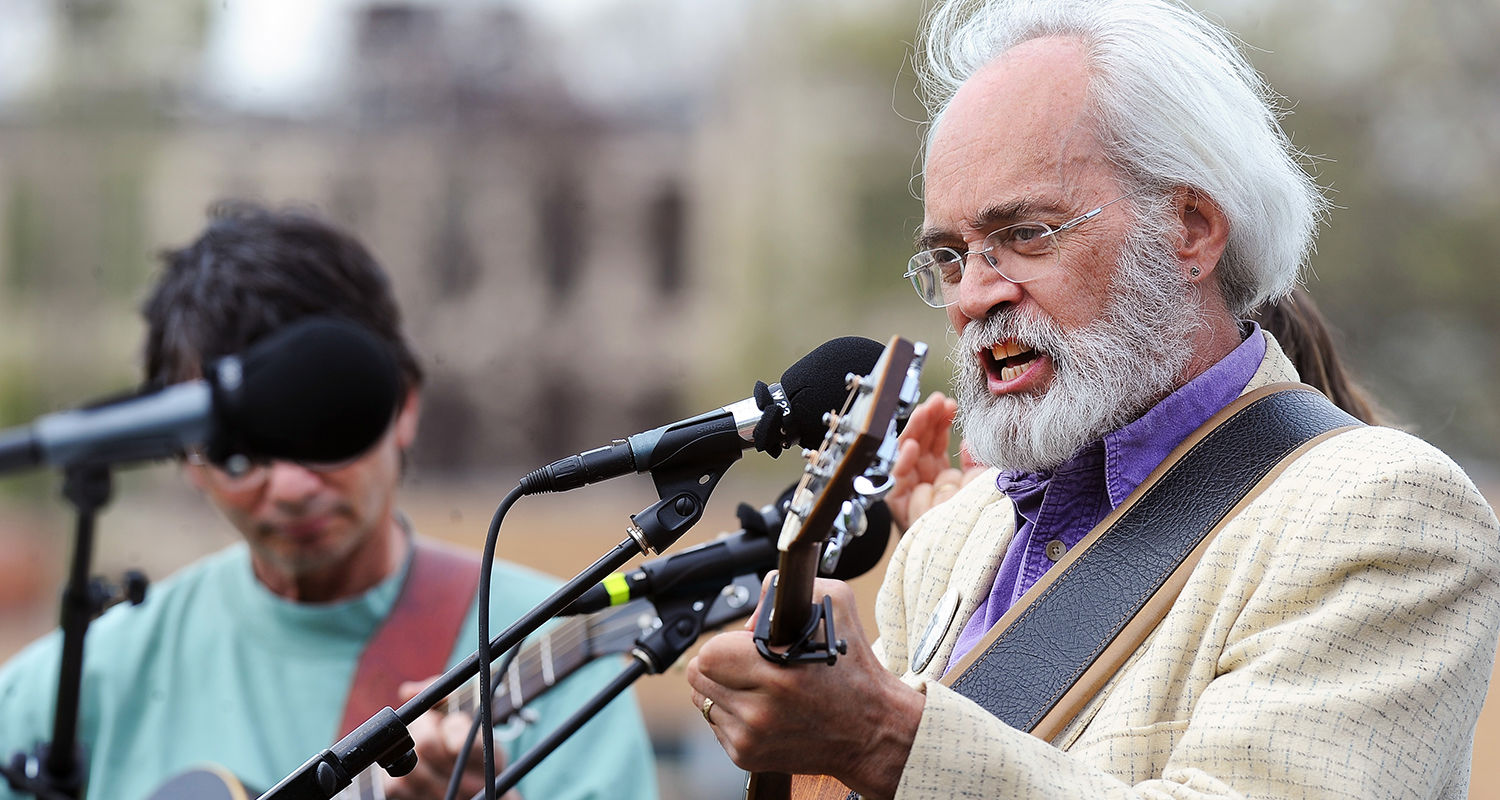 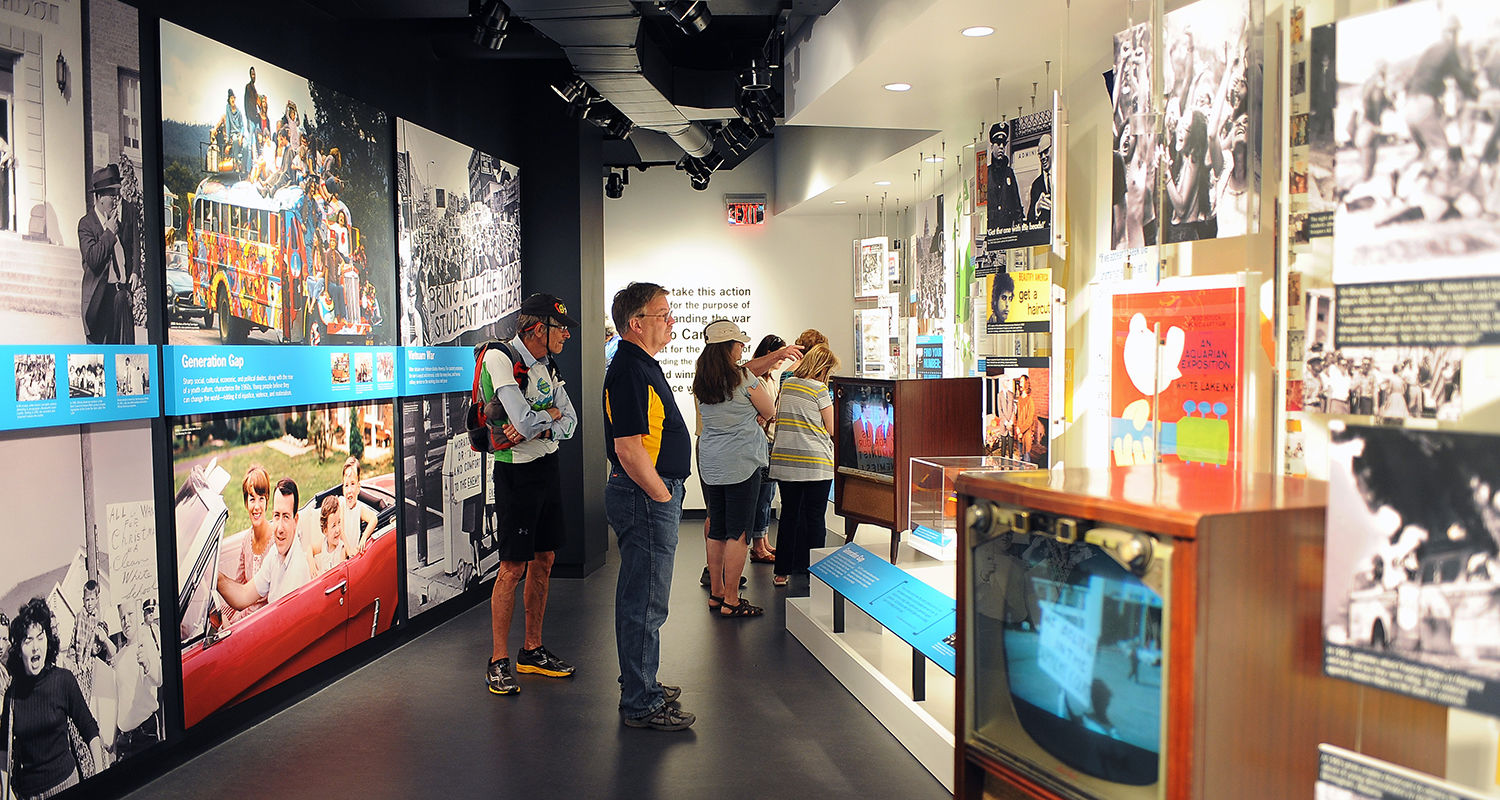 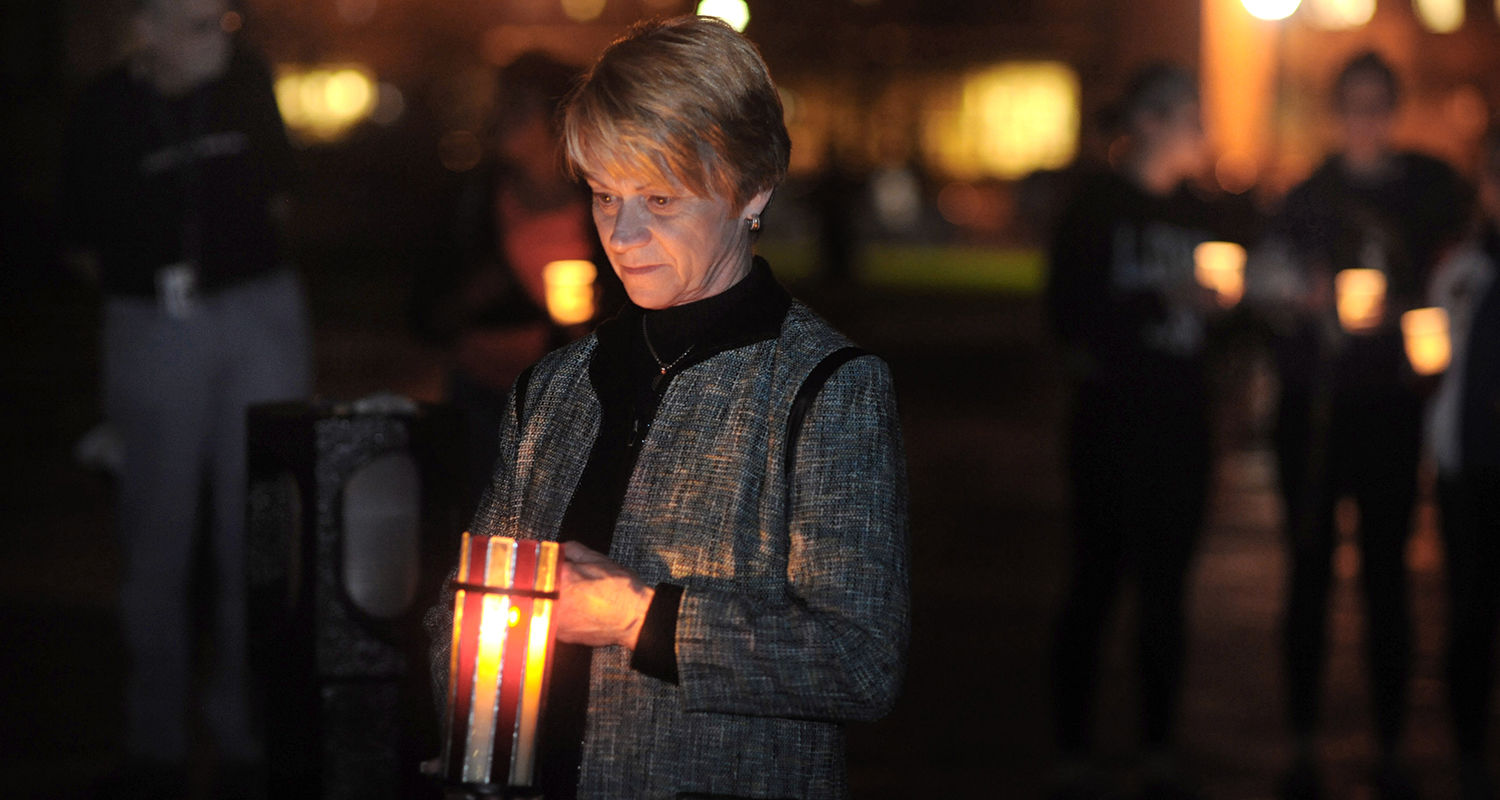 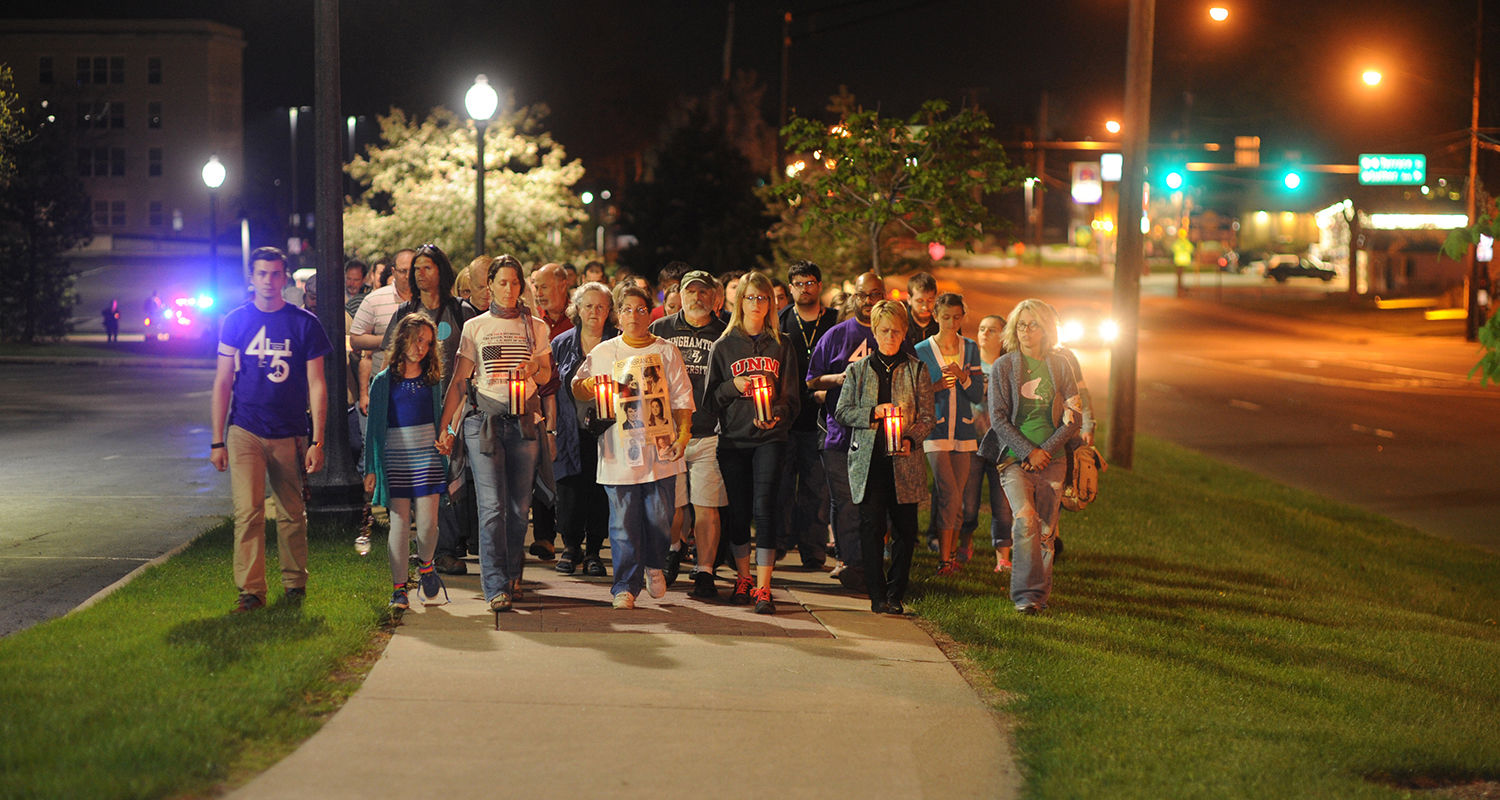 Kent State University held its 45th annual commemoration of May 4, 1970, with events April 30-May 4. The annual commemoration, hosted by the May 4 Task Force, provided an opportunity for the university community to gather and remember those who were lost and injured during the tragedy and also reflect on what May 4 means today.

The May 4 Task Force, a student organization on campus, hosted a series of workshops, panel discussions, musical performances, a documentary screening, and a keynote presentation by Dick Gregory, an influential comedian, civil rights activist, and author. Kent State President Beverly Warren also spoke at the commemoration on May 4.

The May 4 Visitors Center hosted a special showing of Dick Cavett’s Vietnam on April 30 in the Schwartz Center. Following the movie, a discussion was led by documentary filmmaker John Scheinfeld and Timothy Naftali, the head of Tamiment Library and Robert F. Wagner Labor Archives at New York University and former director of the Richard Nixon Presidential Library and Museum.

The May 4 Task Force hosted musical performances by Sue Jeffers, Carlos Jones and Barry B. at the Stone Tavern in downtown Kent (for ages 21 and over) on May 1.

On May 2, the May 4 Task Force hosted hourlong workshops in the Kent Student Center on topics of conflict resolution, the Muslim Student Association, women’s activism, and Black United Students. An intergenerational panel discussion with members of Students for a Democratic Society (SDS) and the May 4 Task Force was held at the Kent Student Center.

The May 4 Task Force hosted a documentary screening with an introduction from Elizabeth Winters of Hanover College, followed by an eyewitness panel with writer Lois Van Buren in the Kent Student Center Kiva.

In the Kent Student Center Kiva, there was a panel discussion titled “A response to ‘Kent State: Death and Dissent in the Long Sixties,’ a Book by Tom Grace.” The panelists included Grace, author of the book “Kent State: Death and Dissent in the Long Sixties”; Ken Bindas, Kent State professor and chair of the Department of History; Barbara Brock, former member of Kent Committee to End the War in Vietnam; Ken Hammond, professor at New Mexico State University; and Greg Wilson, professor at the University of Akron. The panel was moderated by Laura Davis, Professor Emerita of English and founding director of the May 4 Visitors Center.

A war veterans’ panel, with an introduction from Iraq War Veteran Paul Chappell of the Nuclear Peace Foundation, took place in the Kent Student Center Kiva.

The annual candlelight vigil march took place at 11 p.m. on May 3. The march began at the Victory Bell and continued around campus, concluding at the Prentice Hall parking lot, where lighted markers indicated where the four victims – Allison Krause, Jeffrey Miller, Sandra Scheuer and William Schroeder – were killed. The candle bearers then started the vigil that continued throughout the night until the commemoration began at noon on Monday.

The 45th Commemoration began at noon on May 4 at the Kent State Commons and included a keynote presentation by Dick Gregory, an influential comedian, civil rights activist and author. Kent State President Beverly Warren, Paul Chappell and Ken Hammond, Ph.D., professor of history at New Mexico State University (and Students for a Democratic Society leader at Kent State from 1967-70) also spoke at the commemoration.

“May 4th is an event which carries with it not only tragedy and pain but also an undeniable legacy of persistence, struggles for justice and student activism,” said Ashley Manning, Kent State junior English major and president of the May 4 Task Force, who got involved after attending the 43rd commemoration during her freshmen year. “This is a legacy which we have worked to keep alive all these years by planning the annual commemorations and which, this year, is reflected in our program theme ‘The Persistence of Memory.’

“What is particularly noteworthy of the Task Force is that it is a student-led organization and that even 45 years later, students still keep that memory alive for past, present and future generations,” Manning added. “I think this really shows just what an impact these events have had, not only for the Kent community, but also on a national and global scale, and is a testament to the power left behind by the students who were demonstrating and/or killed on May 4, 1970.” 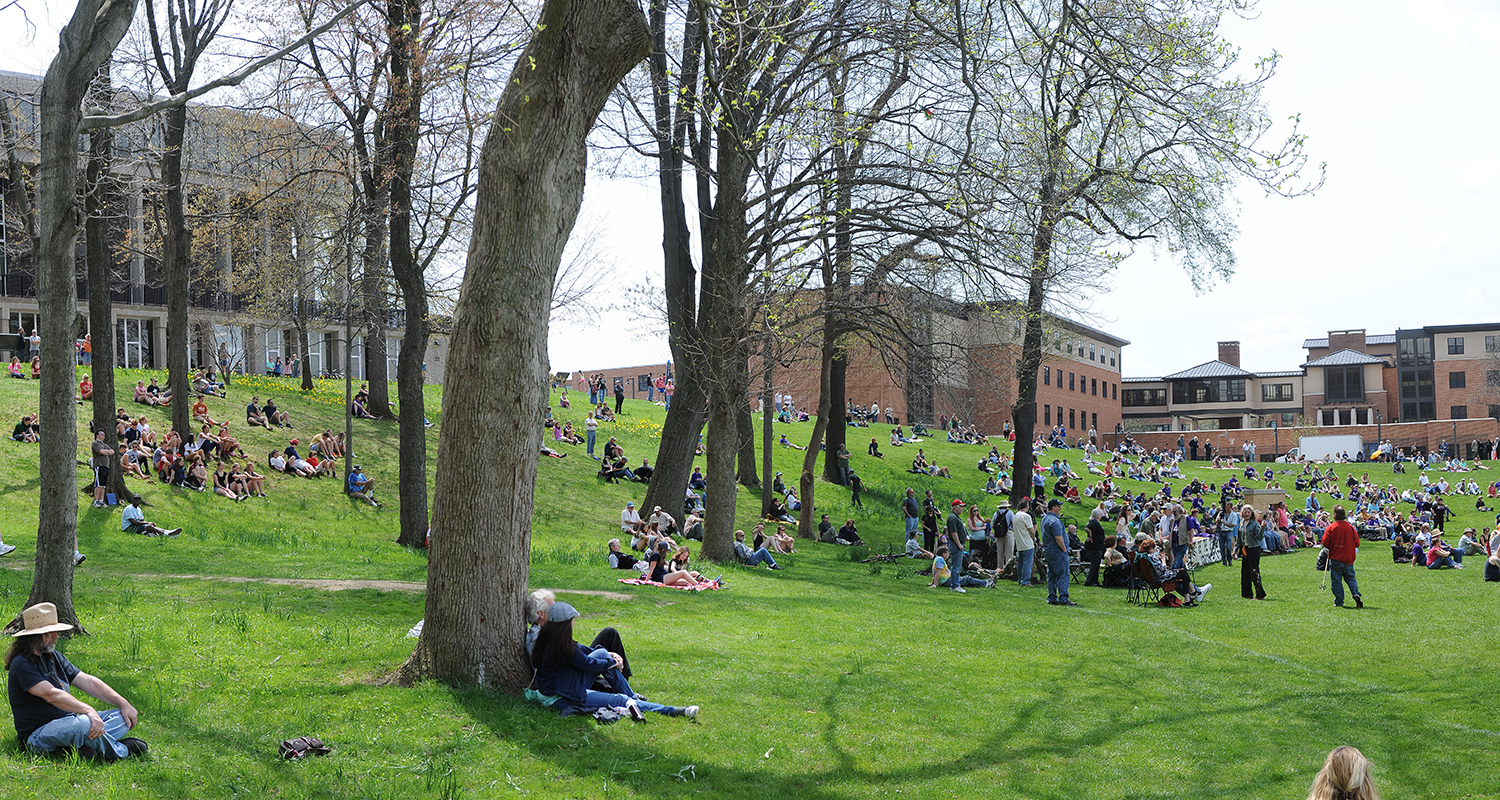 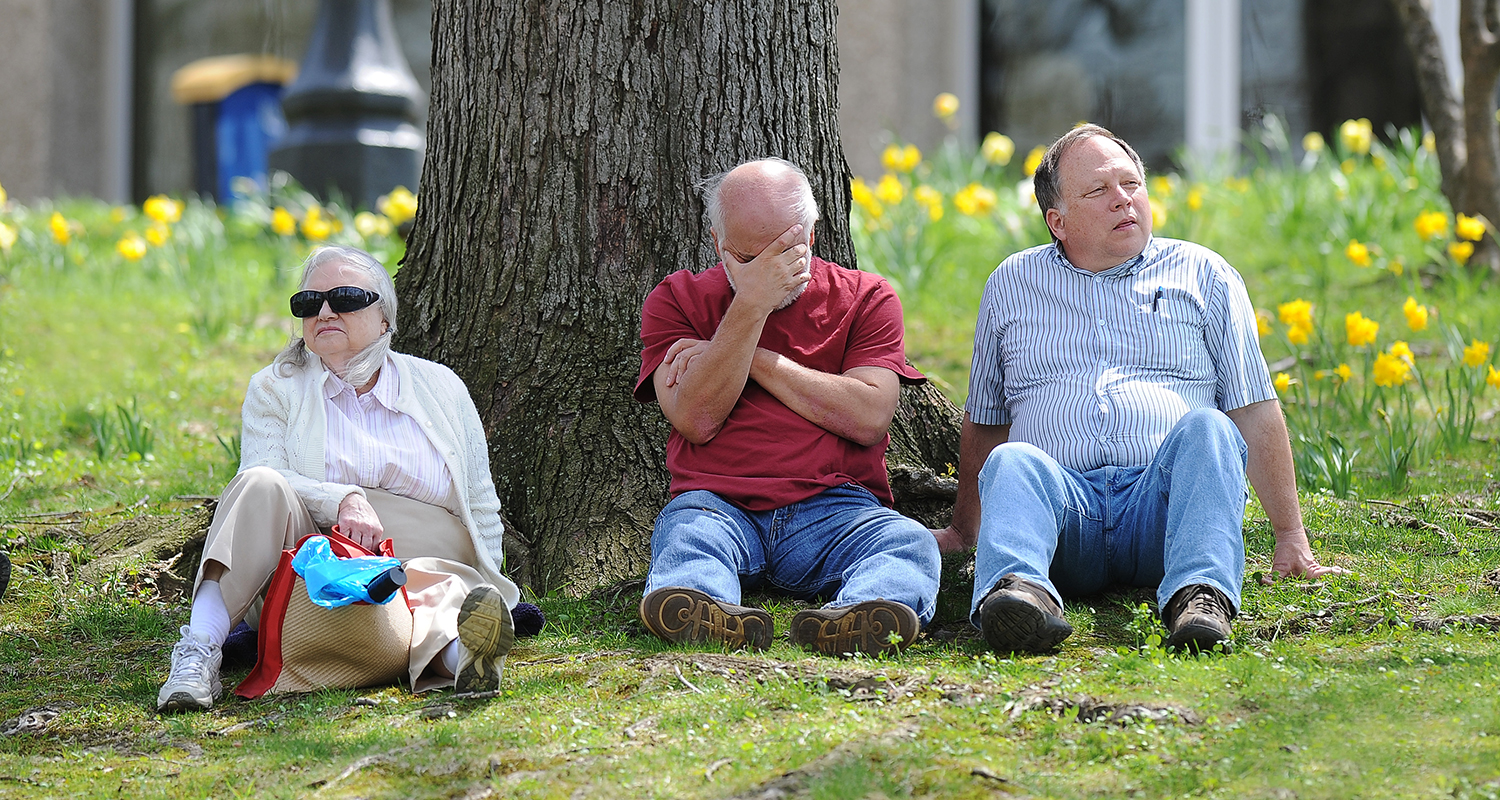 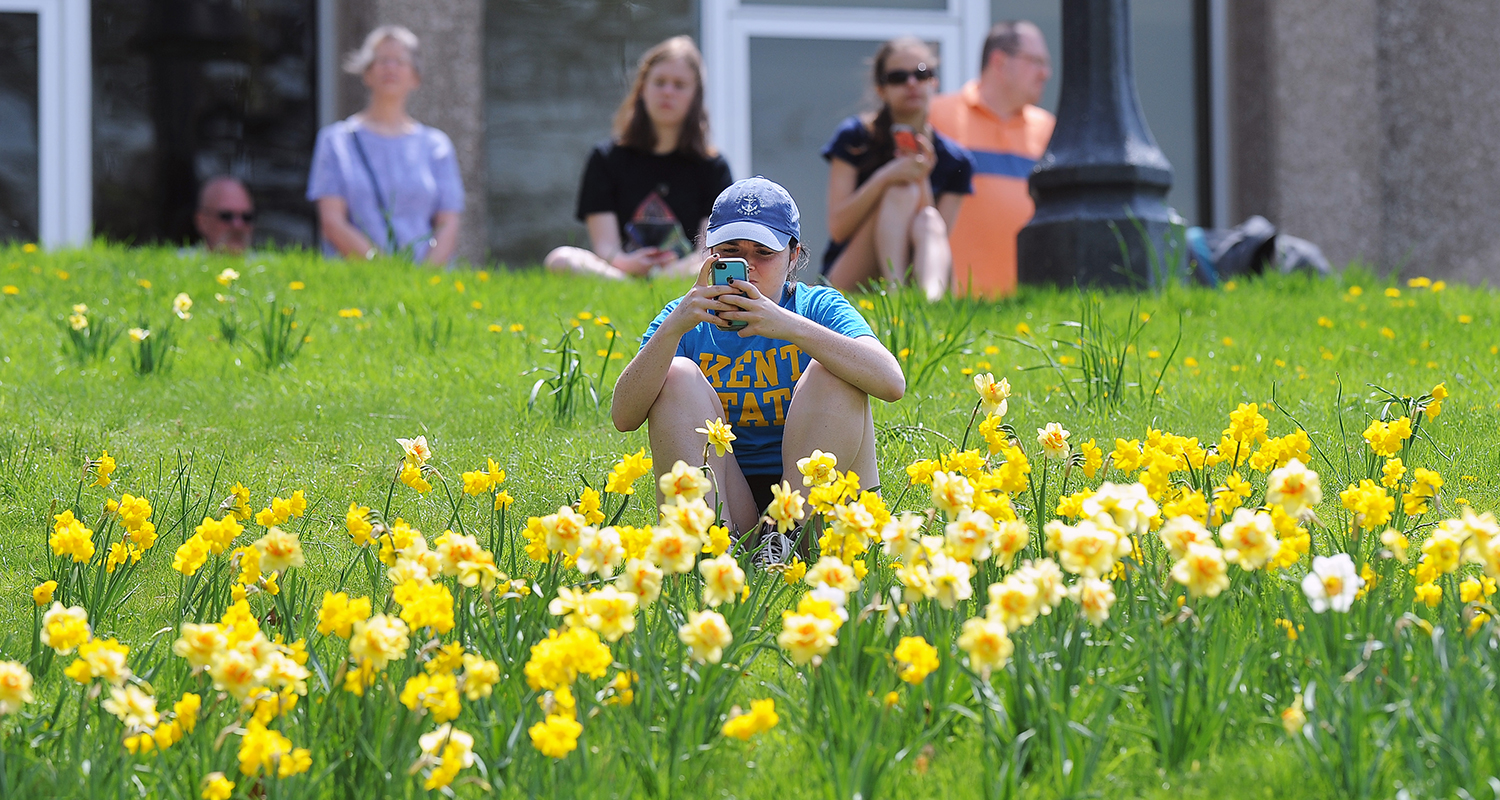 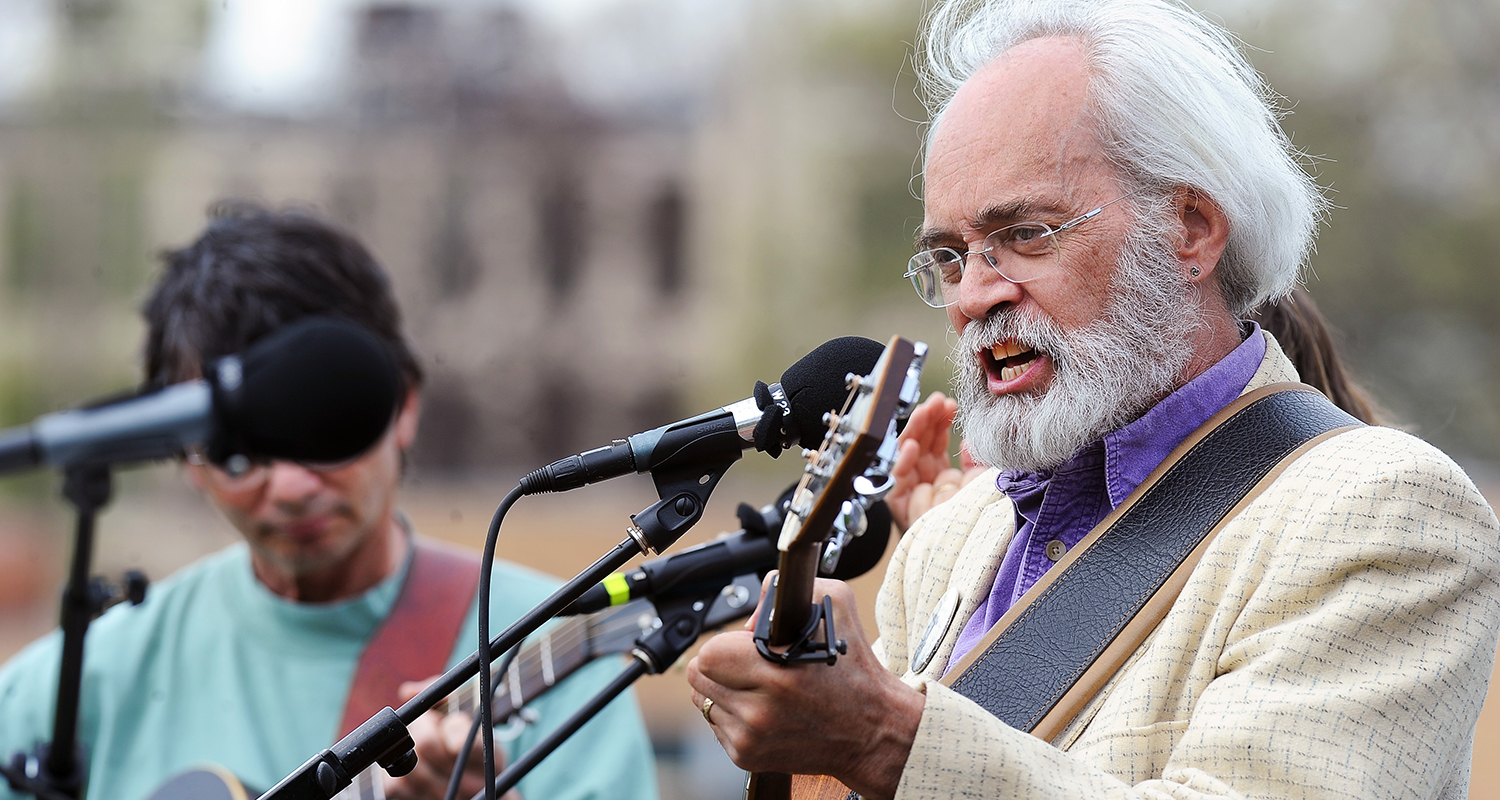 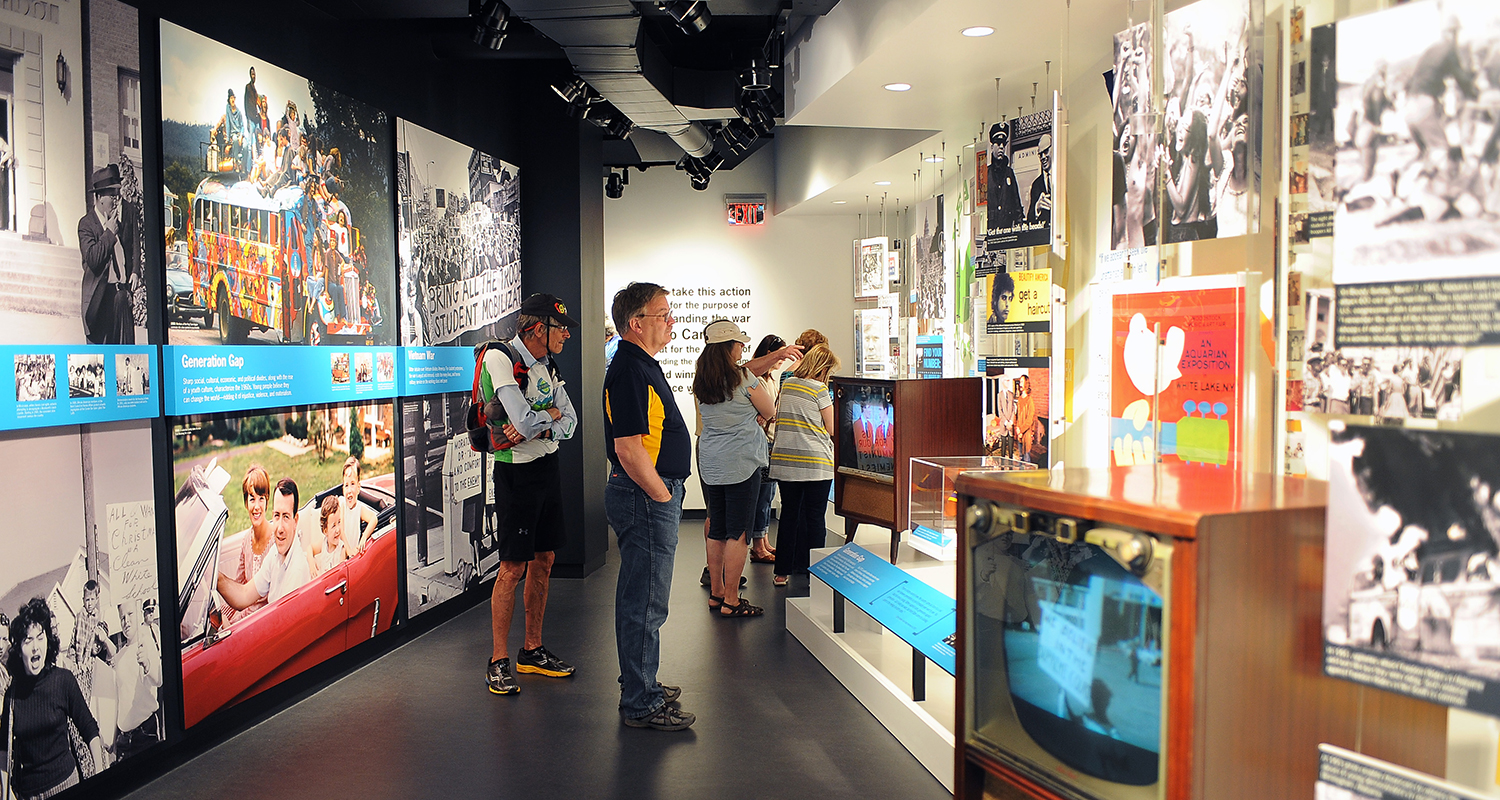 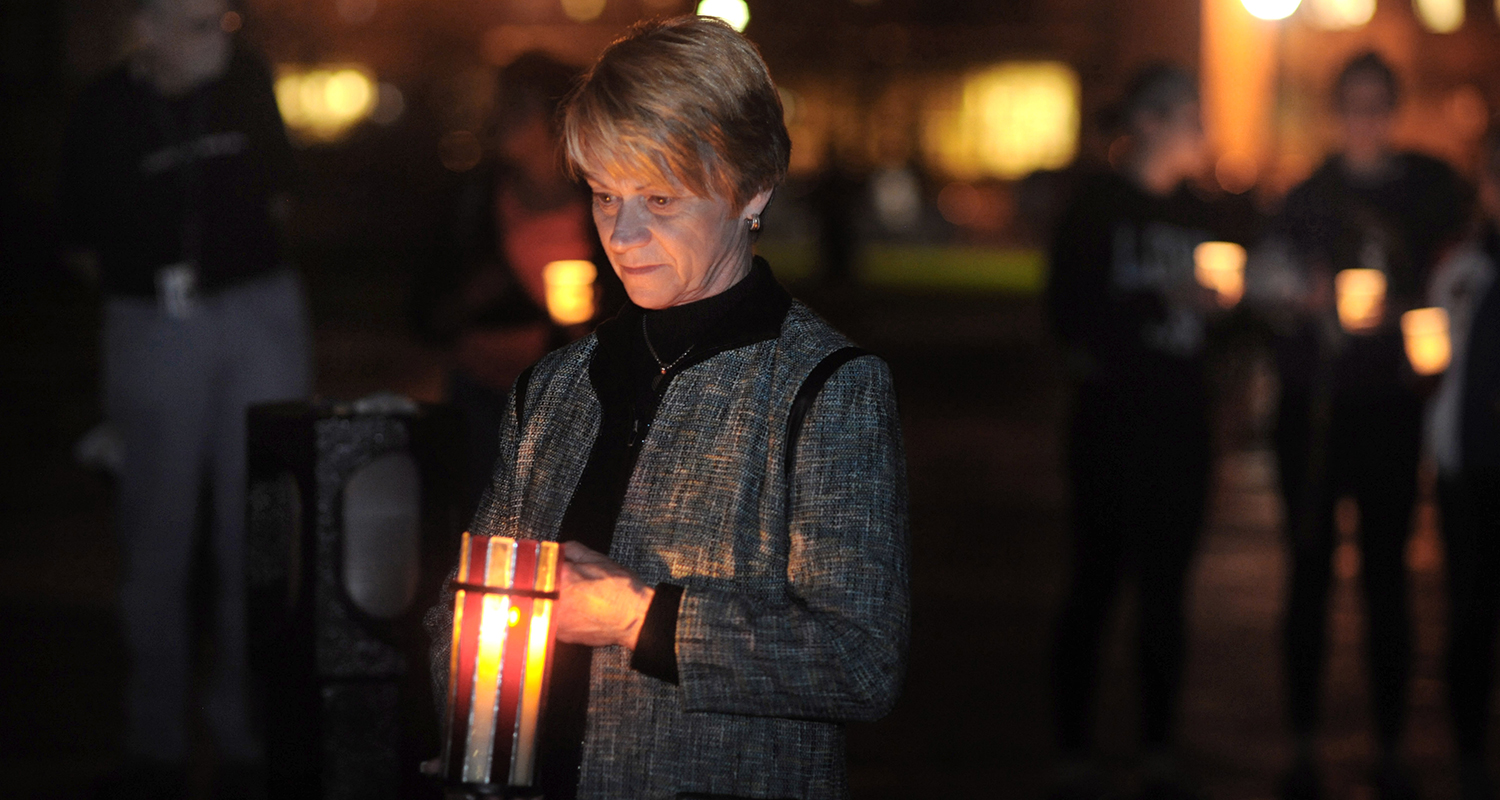 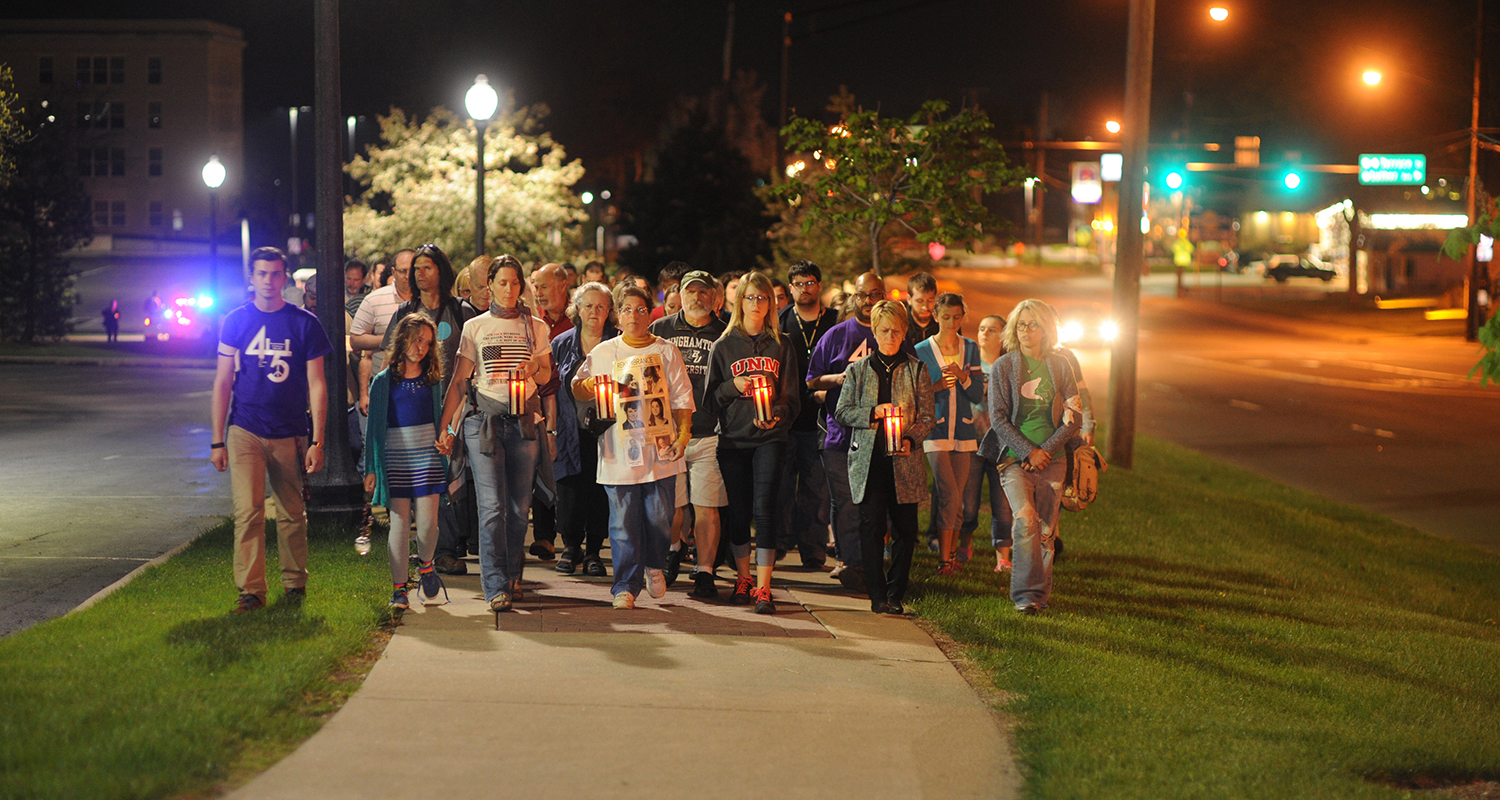 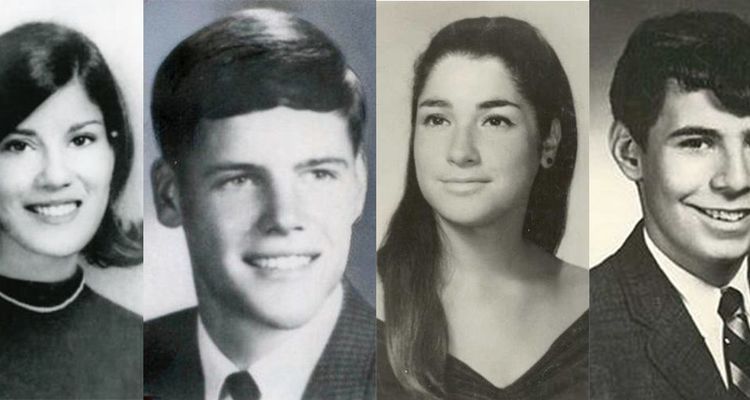 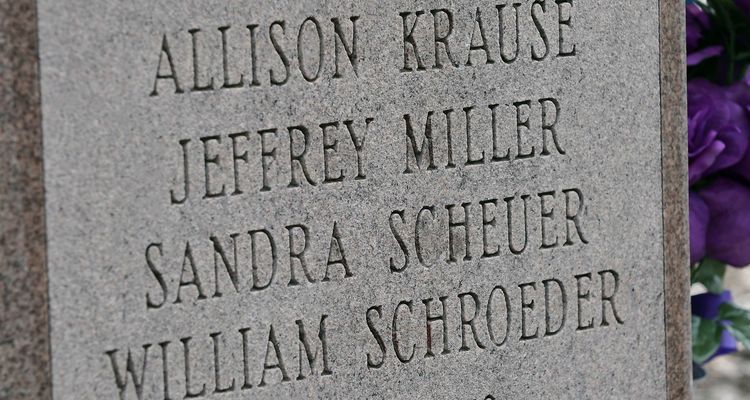