Kent State University President Lester A. Lefton has announced he will retire from the presidency of Ohio’s second largest public university, effective July 1, 2014. 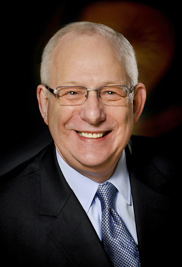 Kent State University President Lester A. Lefton has announced he will retire from the presidency of Ohio’s second largest public university, effective July 1, 2014. He has served as Kent State’s chief executive officer since July 1, 2006.

“I am so proud of where our university is today, and our record-setting performances have exceeded even our own high expectations and captured regional, state and national attention,” says Lefton. “Kent State is well-positioned for the future, and the academic and physical transformations we have begun – across our campuses and our home communities, most notably, in Kent – will pave the way for an even more exciting future.”

Jane Murphy Timken, chair of Kent State’s Board of Trustees, praised Lefton as a strategic thinker and student-focused leader whose tenure has been transformational for Kent State. “President Lefton’s contributions to Kent State have been extraordinary,” Timken says. “He has been the right leader at the right time who has brought a new sense of purpose and pride in Kent State.

“Through his comprehensive vision and relentless pursuit of excellence, President Lefton has strengthened Kent State’s position at the forefront of higher education,” she says. “He has led our university through an unprecedented period of advancement and growth in enrollment, academic standards and programs, student retention and graduation, faculty success, fundraising, winning athletics, and public-private investments in our campuses and surrounding communities.

“Over the past seven years, Kent State has reached new heights – in fact, it is at the top of its game, and the board is committed to continuing this momentum,” Timken continues. “Seeking a new president who will move us to the next level will be the clear goal of our board.”

Timken thanked Lefton for informing the trustees of his retirement plans well in advance, allowing for a thorough search for a successor, who will be chosen after a national search process that will be launched in the coming weeks.

Under Lefton’s leadership, key university accomplishments to date include: