Live Chat
The Kent State softball team celebrates on the field following its 3-0 victory over Ohio to win the 2017 MAC Softball Tournament Championship.

Kent State University senior Ronnie Ladines tossed a three-hitter and hit a two-run homer in the first inning to lead No. 4 Kent State past No. 2 Ohio, 3-0, in the Mid-American Conference (MAC) Tournament Championship game. The performance by Ladines capped a sensational week in which she earned MAC Tournament Most Valuable Player honors. 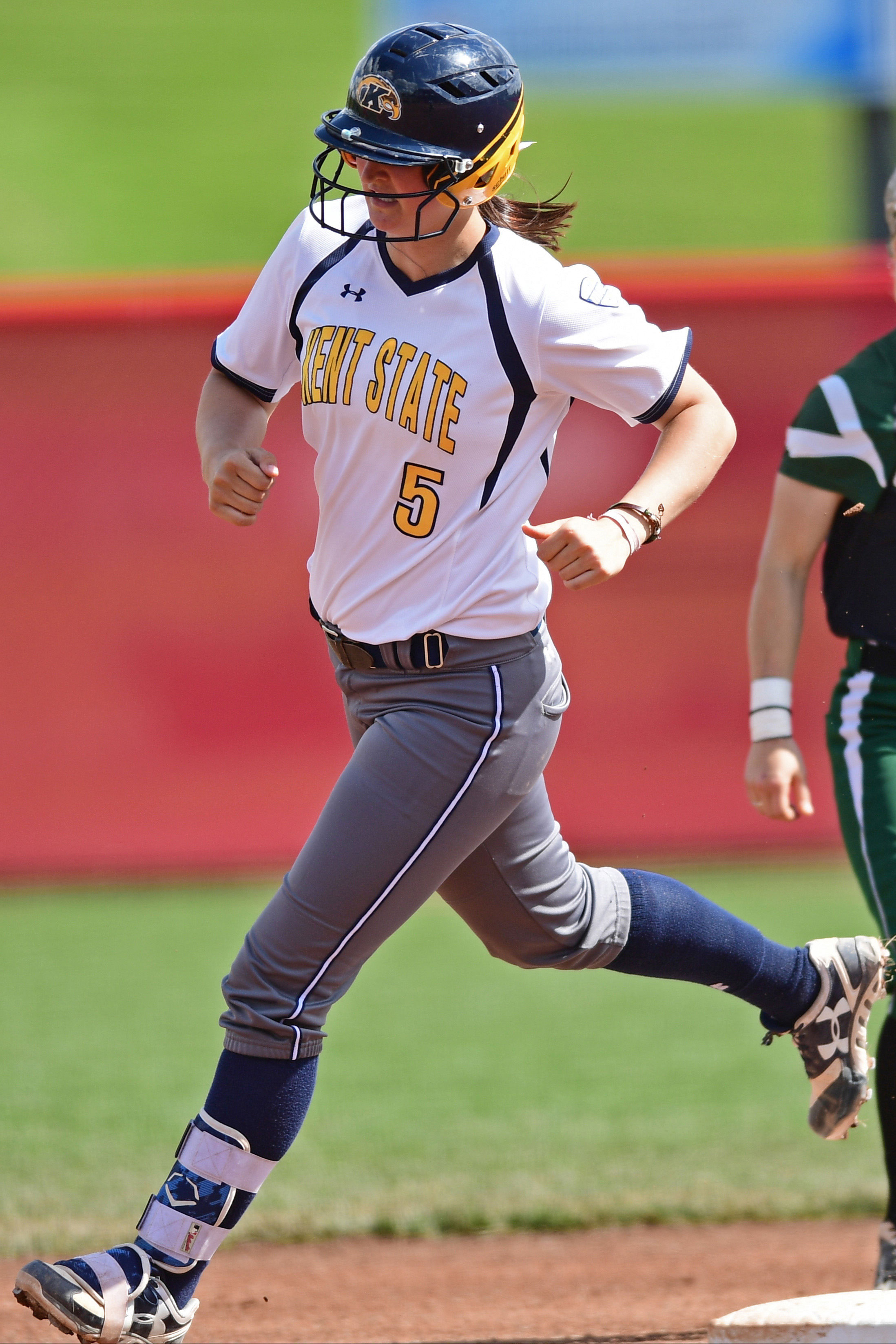 Kent State (32-26) accomplished the improbable, winning three games on Saturday, May 13, to capture its third MAC Tournament crown and first since 2008. The Kent State Golden Flashes started the day by beating No. 3 Northern Illinois, 9-3, in a game that started at 10:30 a.m. before taking down the Bobcats in back-to-back games.

“I’m so incredibly proud of this team for putting last night behind them and getting the job done today,” said head coach Eric Oakley. “It started with people believing, and there weren’t many outside of our dugout that believed we could win three games today. Ronnie, Maddy [Grimm], Holly [Speers] and [Emily] Dobbin were great for us all week, but it was great to have players like Madi Huck, Vanessa Scoarste and Hunter Brancifort really stepped up today. Madi made me look like a genius for throwing her, and we don’t win this without her incredible performance.”

Sophomore Brancifort cleared the fence in left field to give the Flashes the lead in the bottom of the first. After a two-out walk drawn by junior Holly Speers, Ladines launched her fourth home run of the tournament to make it a 3-0 game.

That was all the offensive support needed for Ladines (19-14), who retired seven batters she after allowing a leadoff double to start the game.

Junior Emily Dobbin made the defensive play of the tournament, skying at the wall in left field to take away a home run from Ohio’s Morgan Geno to start the fourth inning.

Ladines totaled six strikeouts and walked just one batter to earn her fourth victory of the tournament. The native of Arlington, Washington, also led the Flashes at the plate with a .529 batting average (9-for-17), two doubles, four home runs, seven RBIs and four walks.

The Kent State Golden Flashes will head to Waco, Texas, for NCAA Regional action, facing Baylor University on Friday, May 19, at 7:30 p.m. ET at Getterman Stadium. Every game played in the Waco Regional will be streamed on ESPN3, and all Kent State's games can be heard live on Golden Flashes Radio.