Kent State’s Amanda Reed battles for a ball between two Toledo defenders in the Golden Flashes’ 1-0 win over Toledo on Oct. 19.

The Kent State University women’s soccer team secured the Mid-American Conference (MAC) Regular Season Championship by defeating Ohio University 2-1 on Oct. 26 at Dix Stadium. It is the third regular season championship in program history and the first since 2004.

“The regular season championship means a lot,” said Kent State head coach Rob Marinaro. “Everyone came together with their work, commitment and team leadership, and it was spectacular. You have to give a lot of credit to the team, and they are more than a team – they are family. The team bounced back from a loss last week, and they have been doing it all year long. They showed great energy today and really built going forward.” 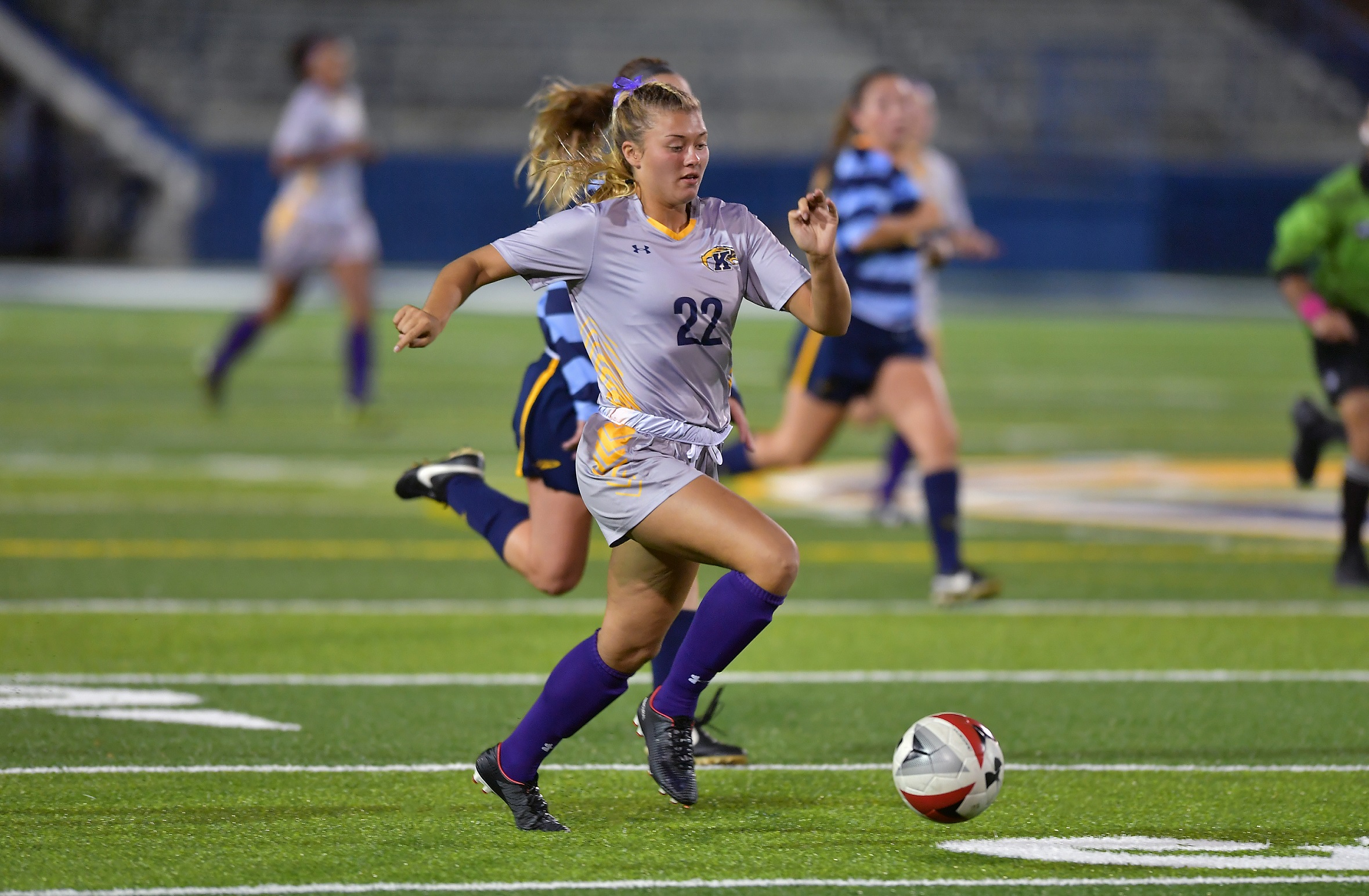 The Kent State Golden Flashes scored first in the 24th minute on senior Kristen Brots’ second goal of the season, as she beat the Ohio keeper 10 yards out and found the back of the net. Seniors Donovan Capehart and Hayden Pascoe registered assists.

“Any way I can contribute to the team is great, and it happened to be a goal,” Ms. Brots said. “We also had a freshman (Holmes) score a goal, and every one of the team gets looks, which is great.”

Kent State attacked in the middle of the second period with a huge insurance goal from freshman Maddie Holmes on a header from a free kick by junior Paige Culver. It is the first career goal for Holmes, and Culver picked up her third assist.

“It was a great goal, and it felt good to get my first,” Ms. Holmes said. “It was a great pass from Paige that set it up, and if I missed it, I would have been mad at myself.”

The Ohio Bobcats scored a late goal in the 82nd minute from Courtney Daugerdas to break up the shutout, but the Kent State Golden Flashes defense closed out the remainder of the match to seal the victory.

“We have had the same mentality all year long, which is to take it one game at a time and come out with a great start,” coach Marinaro said. “They stepped up today and made sure they took care of business.”

Overall, the Golden Flashes led in shots (18-10), shots on goal (11-6) and corner kicks (8-3). Junior goalkeeper Ashleah McDonald (9-3-1) made a return to the starting lineup and made five saves while facing 10 shots. She is second in Kent State’s program history in career wins (34) and is one away from tying Stephanie Senn (2012-2015) atop the program leaderboard.