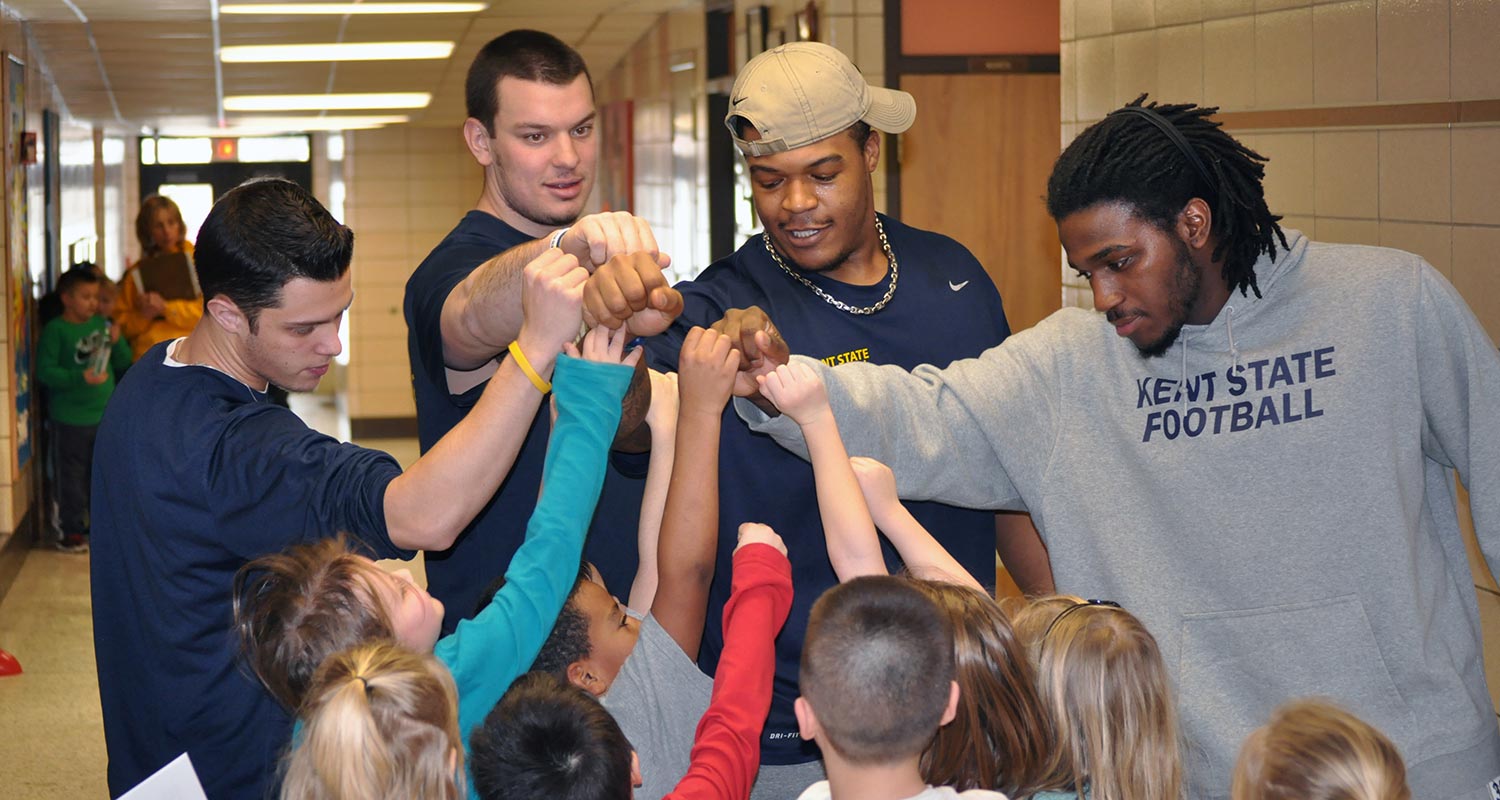 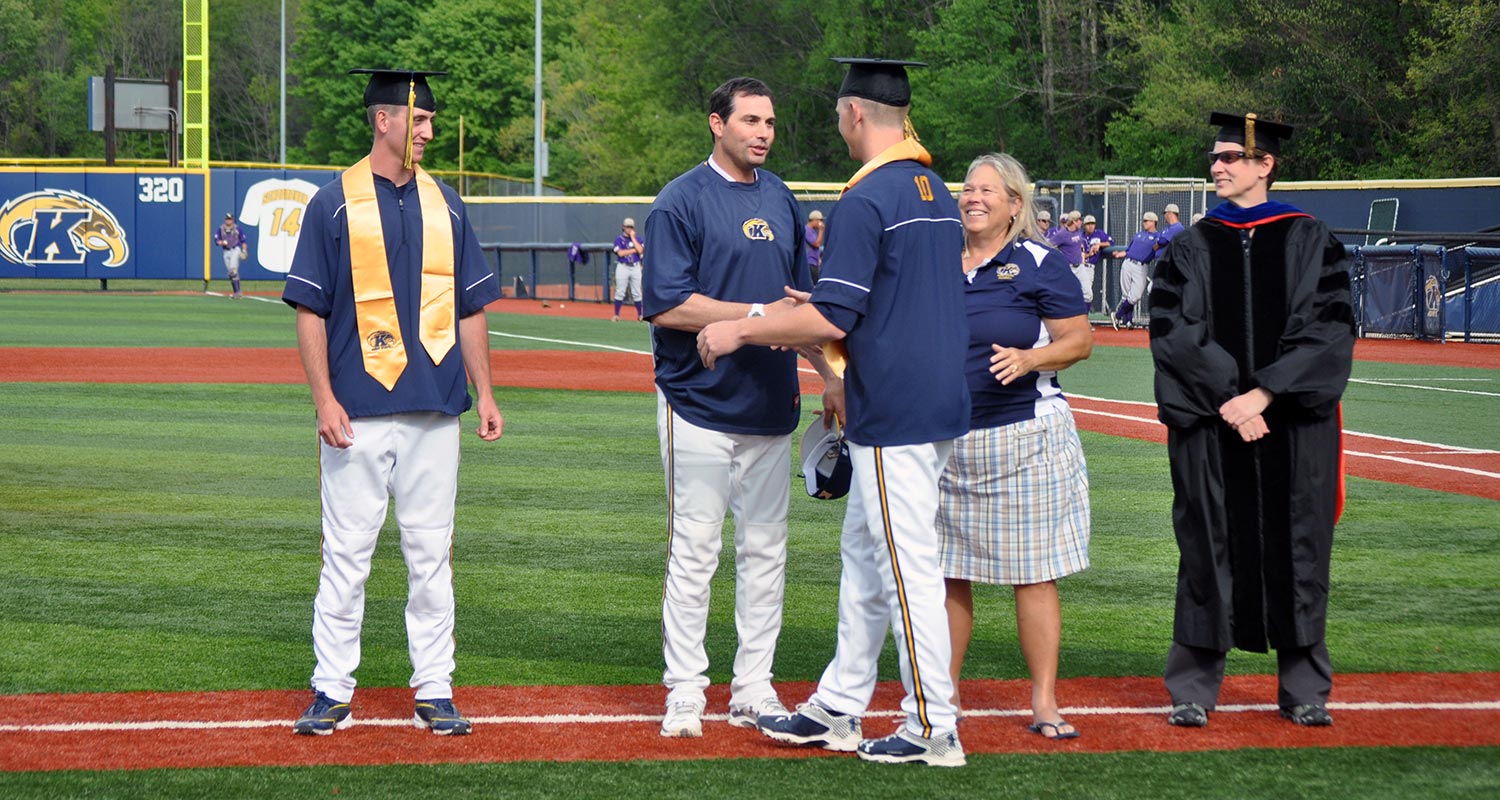 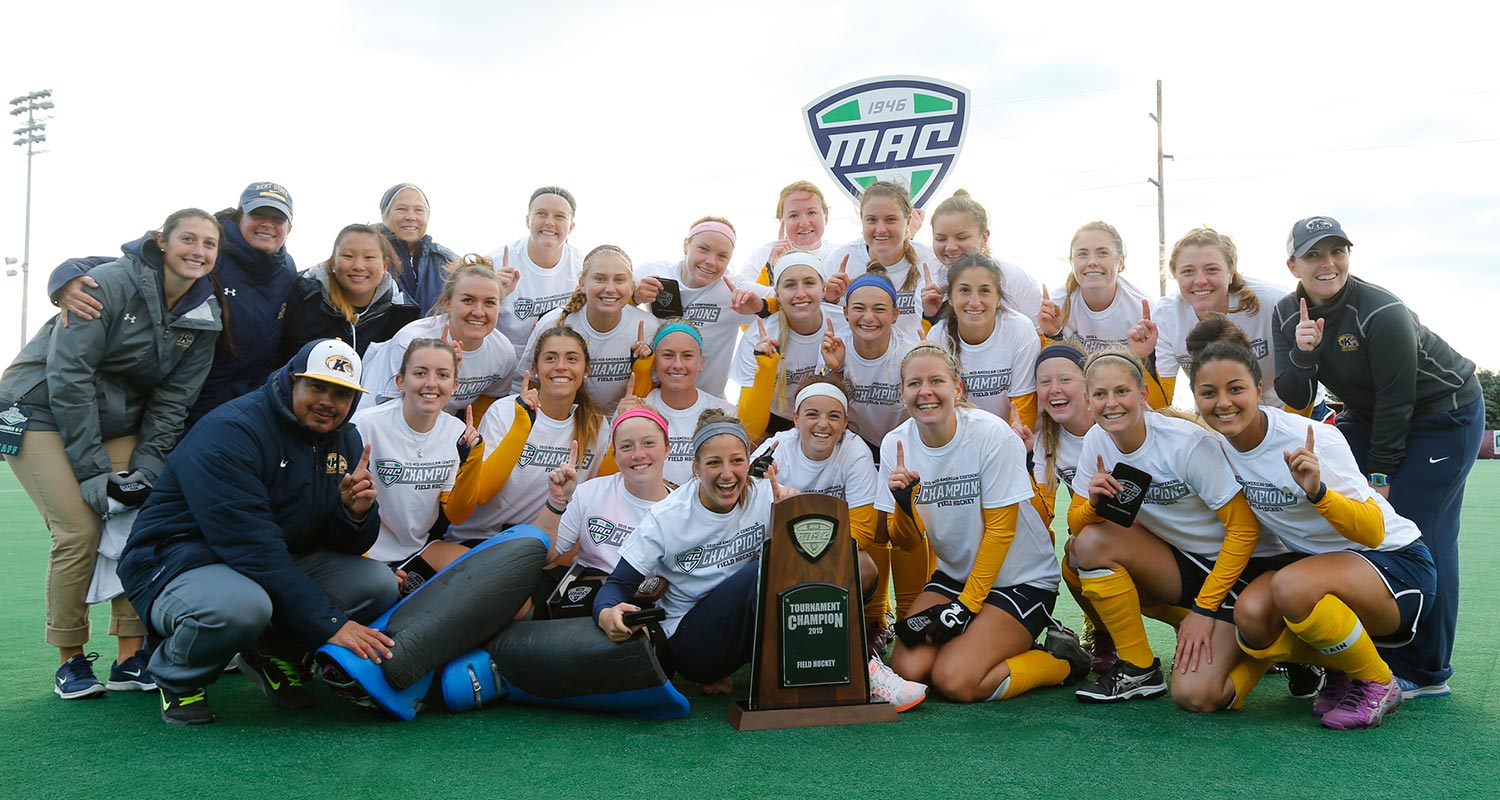 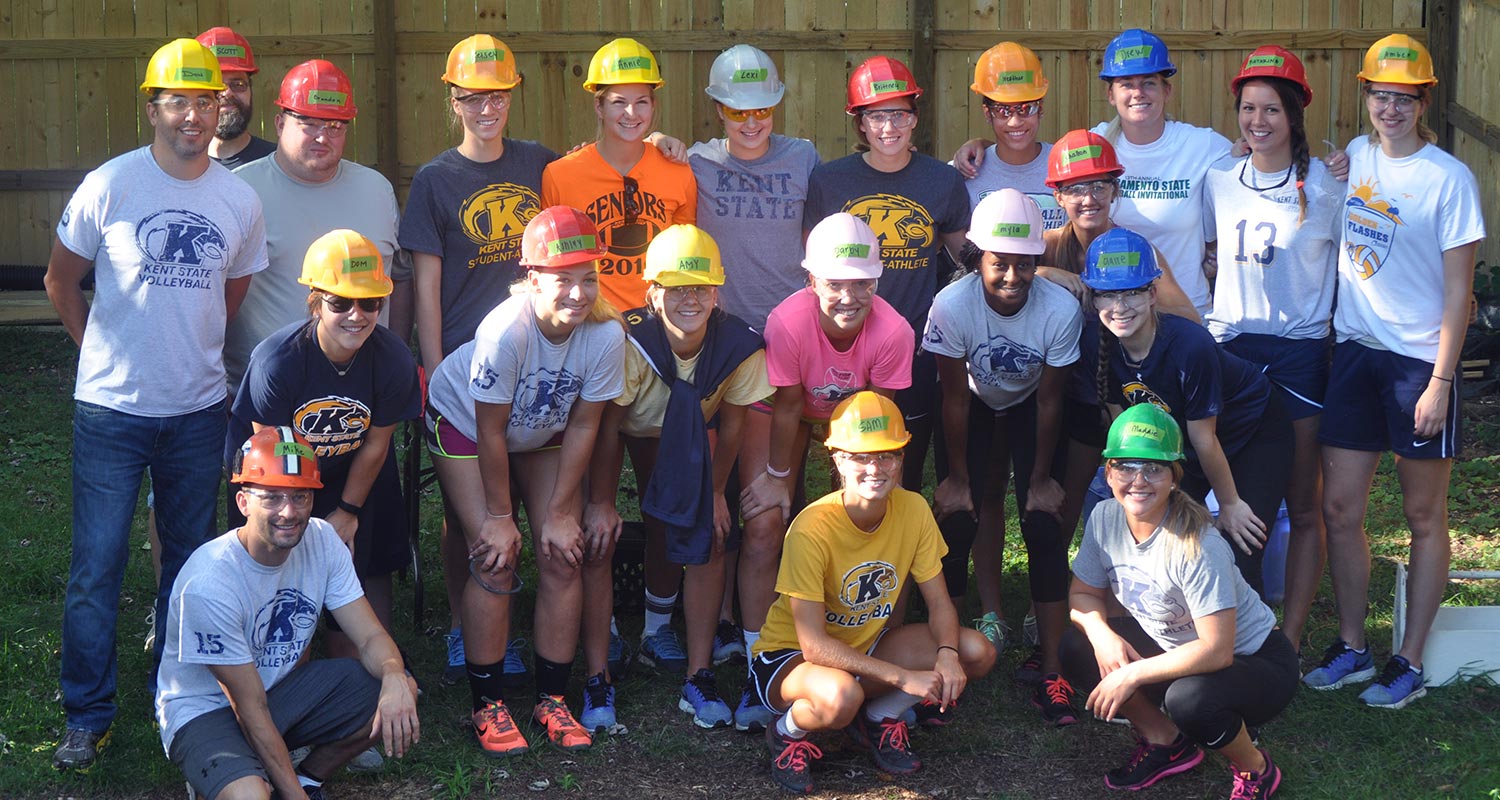 The Mid-American Conference (MAC) announced the presentation of the Cartwright Award to Kent State University for its program excellence in academics, athletics and citizenship during the 2015-16 school year. It is the program’s third Cartwright Award honor in the last seven years, the most of any program in the MAC.

“This is a very special award because it recognizes the attributes that are truly at the heart of Kent State, and I am grateful to the extraordinary student-athletes, coaches and athletics staff members who uphold our commitment to student success, well-being and competitive excellence,” said Kent State President Beverly Warren. “That this award carries the name of our former university president, Dr. Carol Cartwright, makes this doubly rewarding for all of us."

“This is an outstanding achievement by our student-athletes, coaches and staff,” said Kent State Director of Athletics Joel Nielsen. “The Cartwright Award recognizes our dedication to success in all aspects of intercollegiate athletics. Receiving this honor for the third time in seven years is a credit to the hard work and dedication of all Golden Flashes, past and present. We look forward to competing for this award again in years to come.”

The Cartwright Award is named in honor of Carol A. Cartwright, Ph.D., one of the most highly respected voices in higher education. Cartwright served as the president of Kent State from 1991-2006 and president of Bowling Green State University from 2008-2011. Cartwright previously was the vice chancellor for academic affairs at the University of California, Davis and dean for undergraduate programs and vice provost at the Pennsylvania State University. She has served on the NCAA Board of Directors and is a member of the Knight Commission on Intercollegiate Athletics.

“The Cartwright Award is unique in that it recognizes excellence not only on the field of play, but also in the classroom and in community,” said MAC Commissioner Jon Steinbrecher, Ph.D. “It speaks to the core values of our conference, and to be selected by its peers for this award is a tremendous honor for Kent State University. I applaud the students, coaches and entire staff for this special honor.”

This honor comes on the heels of the Kent State Golden Flashes receiving the Jacoby Trophy, recognized as the top women’s program in MAC, for a conference-record ninth time. Overall, Kent State won four MAC regular season championships and took home three MAC Tournament titles. The success was matched in the classroom, where student-athletes earned a department-record 3.212 GPA. A total of 57 student-athletes earned a perfect 4.0 GPA, also an all-time best mark for the Golden Flashes.

Read a brief summary of the accomplishments by Kent State in each of the three areas of academic, athletic and citizenship excellence.