Melissa Harris-Perry, Ph.D., delivers her keynote address from the podium in the Kent Student Center Ballroom. 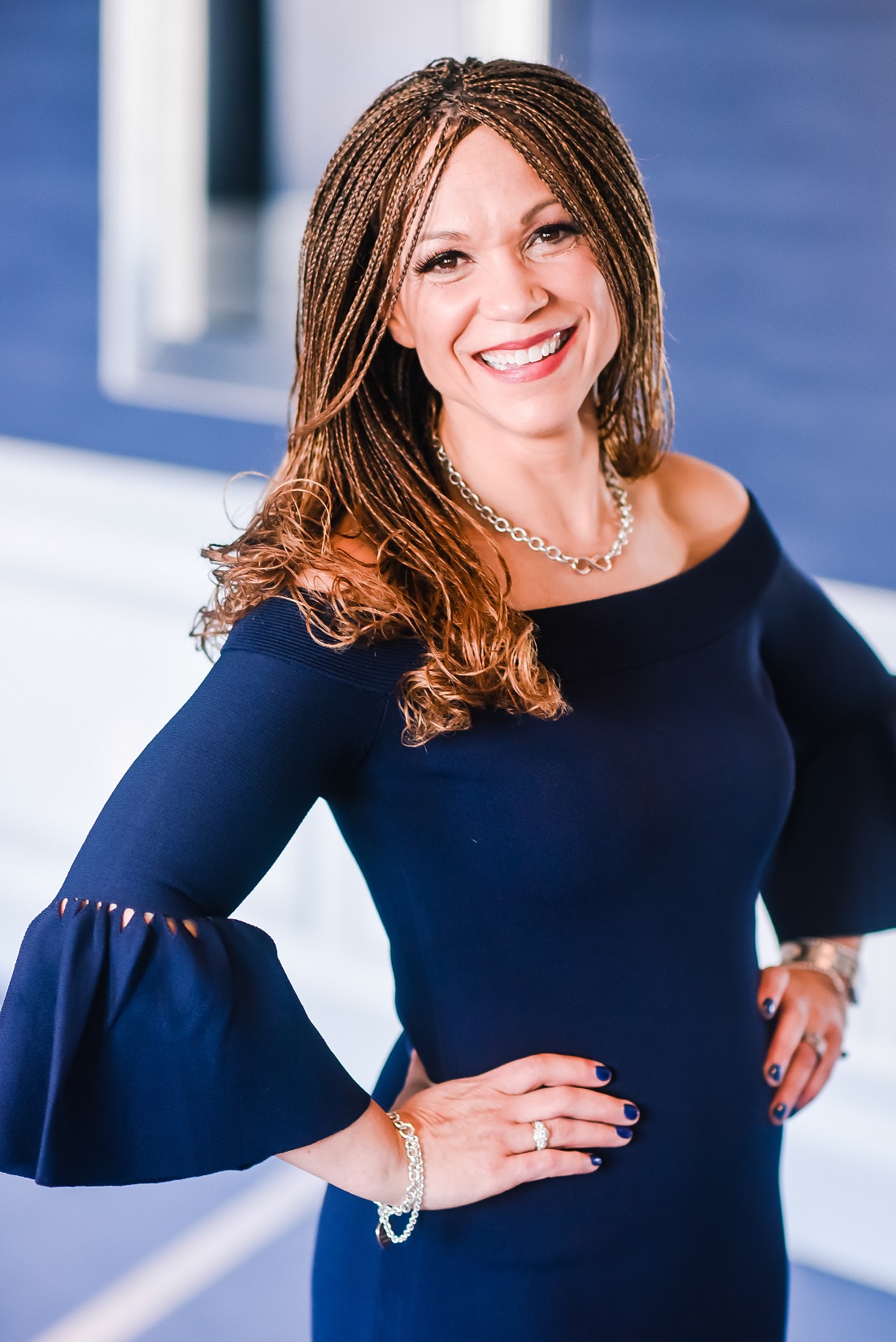 At Wake Forest, Harris-Perry serves as the founding director of the Anna Julia Cooper Center, whose mission is to advance justice through intersectional scholarship. She is also the founder of the innovative, bipartisan program Wake the Vote.

Together with her husband, James Perry, she is a principal of Perry Partnership, offering both political and private consulting. Perry Partnership identifies new talent, develops civic capacity, trains political candidates, deepens democratic engagement and expands opportunities for real people to make a difference.

For more than a decade, Harris-Perry has contributed to American public life through her distinct combination of scholarship and wisdom applied to the analysis of race, gender, politics and power. Her writing has appeared in The Wall Street Journal, The New York Times, the Chicago Tribune and many other print and digital venues. She was among the initial cohort of writers for TheRoot.com and authored highly regarded columns for both Essence and The Nation. Currently, she is editor-at large of Elle.com and a contributing editor at The Nation.

Committed to diversifying American journalism and mentoring emerging public voices, Harris-Perry has developed and implemented innovative mentoring efforts, including the Elle.com scholars program centering the stories of women and girls of color, and Black on Campus, a national student journalism program in partnership with The Nation.

She is the author of the award-winning “Barbershops, Bibles, and BET: Everyday Talk and Black Political Thought” and “Sister Citizen: Shame, Stereotypes, and Black Women in America.” She hosted the award-winning television show “Melissa Harris-Perry” from 2012-2016 on weekend mornings on MSNBC. In 2016, she won the Hillman Prize for broadcast journalism.

Harris-Perry received her Bachelor of Arts degree in English from Wake Forest and her Ph.D. degree in political science from Duke University. She also studied theology at Union Theological Seminary in New York. Harris-Perry previously served on the faculty of the University of Chicago, Princeton University and Tulane University. She serves on several boards and award committees and is a trustee of The Century Foundation.

As part of the commemoration, the university announced the 2020 recipients of Kent State’s Diversity Trailblazer Award, the Beverly J. Warren Unity Award for Diversity and the Rozell Duncan Student Diversity Award.

The Diversity Trailblazer Award honors diversity pioneers associated with Kent State. The Beverly J. Warren Unity Award for Diversity recognizes the contributions of any Kent State unit that demonstrates significant contributions in the areas of diversity, equity and/or inclusion. The Rozell Duncan Student Diversity Award recognizes a student or student organization who has demonstrated, through their positive interactions with others, a respect and value for differing backgrounds and points of view within Kent State or surrounding community.

The annual MLK Day of Service event from 8:30 a.m.-1 p.m. on Monday, Jan. 20, kicked off Kent State’s series of celebratory events. The Day of Service, which is coordinated by Community Engaged Learning at Kent State, offers students, faculty, staff and community members the opportunity to engage in service to area nonprofit organizations.

For more information about the Martin Luther King Jr. Celebration and to view a calendar of celebratory events, visit www.kent.edu/diversity/MLK or call 330-672-8563.