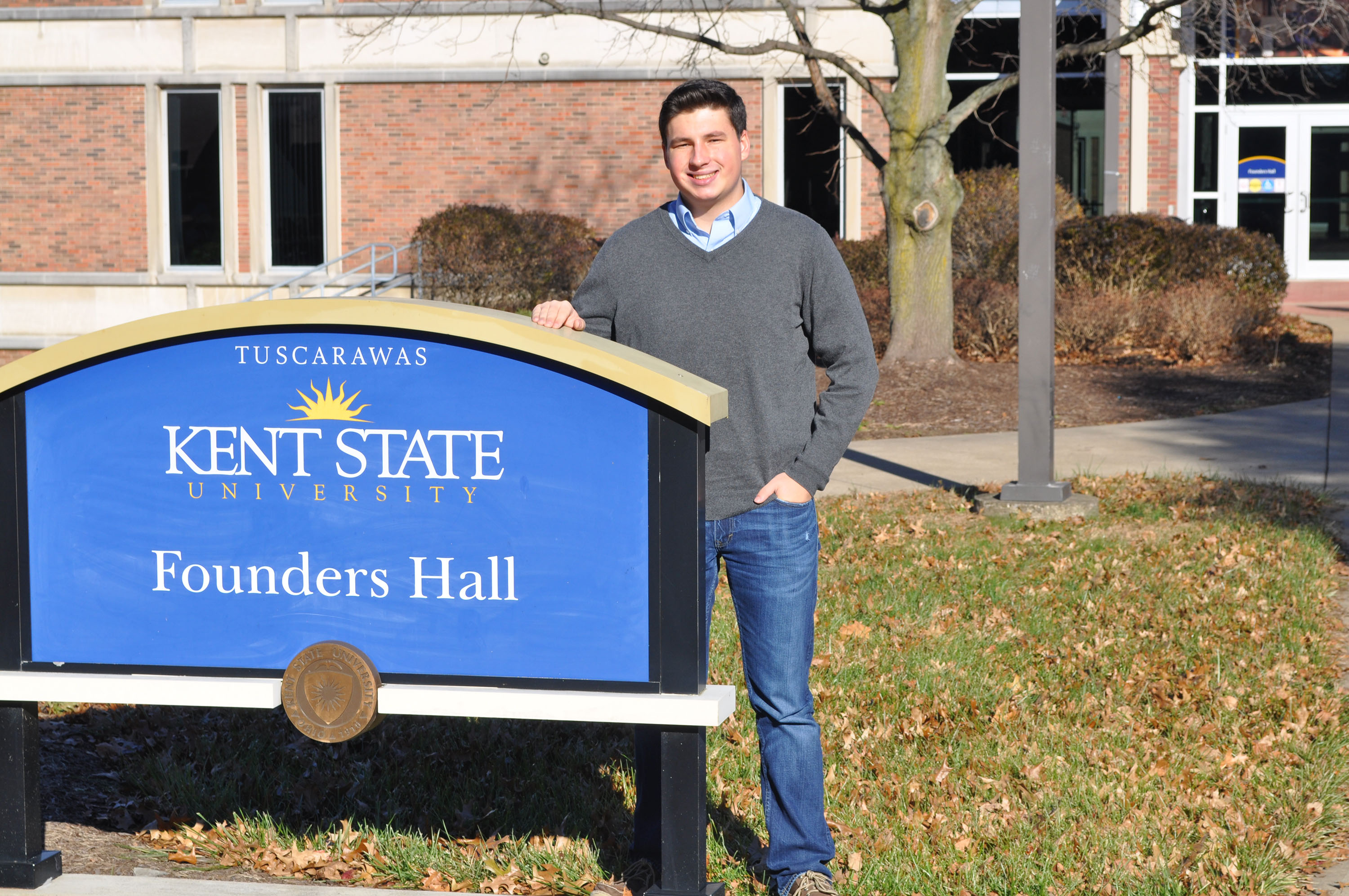 Kent State University at Tuscarawas student and Councilman-At-Large Eric Harmon, 19, is currently the youngest elected official in the state of Ohio and will be the youngest person ever to serve on Uhrichsville City Council when his term officially begins in January. Harmon is deeply rooted in the city of Uhrichsville and plans to not only remain in the area, but to make a difference in his community.

“I think it’s important that we have people in the area who are willing to step up and make a positive difference,” he said.

Harmon sees the local economy as the main issue he’ll be addressing in his new role.

“We’ve seen huge cuts from the state government that are holding us back,” he said. “The biggest challenge, despite less money, is the need to bring in businesses, both big and small, to make a difference in the community. Businesses employ our citizens, bring money back into our community and help us in repaying our debt.”

Harmon recently represented Kent State Tuscarawas at the Propel Ohio program, created by Sen. Sherrod Brown and held in Columbus. The event brought together young leaders throughout the state of Ohio to address social issues. This year’s main focus was childhood poverty.

“We try to seek solutions and receive ideas – take these ideas and enact them in our communities,” Harmon explained. “I was able to see the causes and effects of childhood poverty and the opioid crisis. Every area in the state of Ohio is affected by these crises.”

Harmon hopes that the knowledge gained from this experience will make a difference in communities and benefit children and families throughout Ohio.

A freshman at Kent State Tuscarawas studying Integrated Social Studies, Harmon plans to become a history teacher and to continue his political endeavors.

“Kent State Tuscarawas is a good resource for the community and honestly, just the best possible situation for me – and it’s close to home,” said Harmon.

He explained that the history and political courses he’s taking at Kent State Tuscarawas are preparing him for both career paths.

“No matter what, I want to have an impact on the community in which I live in,” he said.