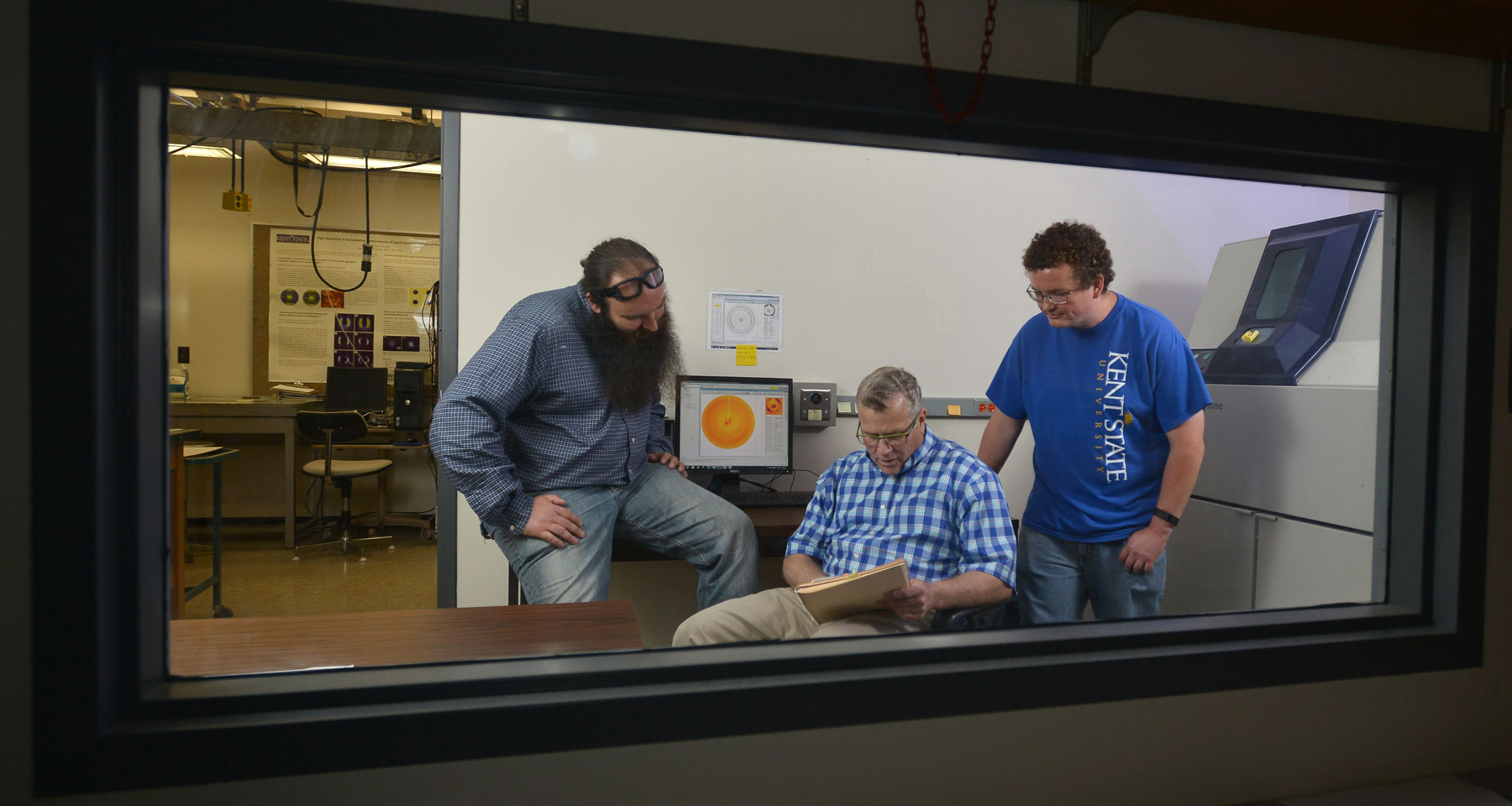 With faculty like Michael Fisch, Ph.D., on hand, it is no wonder that Kent State University identified materials science as an area of research focus. Nor is it hard to see why Fisch, an assistant professor in the College of Applied Engineering, Sustainability and Technology, is July’s Scholar of the Month.

Since he began his tenure at Kent State in 1999 as a visiting scientist at the Glenn H. Brown Liquid Crystal Institute®, Fisch has made a name for himself and Kent State in the fields of liquid crystals and electron beam technology. From 1981 to 1999, Fisch served as a postdoctoral research associate and visiting scientist at MIT, and rose to the rank of professor of physics at John Carroll University. Fisch, who earned a Ph.D. in applied physics from Harvard University, became an associate professor (NTT) at Kent State’s Liquid Crystal Institute the year after he joined.

In December 2004, Fisch was appointed interim director of the university’s Program on Electron Beam Technology and took over as full-time director six months later, a role in which he served Kent State for the next four years. Since 2008, he has been at the College of Applied Engineering, Sustainability and Technology.

Fisch’s varied research interests are highlighted by his memberships in the American Physical Society, American Chemical Society and the Institute of Electrical and Electronics Engineers. His expertise is further displayed by the 65 publications he has produced, dealing with a wide range of topics including liquid crystal properties and their application to devices; polymer composites and nanocomposites; sensor and sensor systems for smart systems and materials; transformative changes in undergraduate education; energy storage, saving and production materials; and novel wind power technologies. He is also a reviewer for Liquid Crystals, The Journal of Physical Chemistry and Langmuir.

Fisch also boasts three patents to his credit in liquid crystal device applications, a book titled “Liquid Crystals, Laptops and Life” published by World. For Kent State’s College of Applied Engineering, Sustainability and Technology, he has chaired and served on its student grievance committee, its library committee and several faculty search committees. He has served as the college’s representative to the University Requirements Curriculum Committee. Fisch also serves on the Ohio Transfer Assurance Guides (TAG) Committee for Technology.

Fisch has taught 13 different courses at Kent State, including most recently, Strength of Materials and Metallurgy and Materials Science.