Victoria Humphreys, a Kent State University senior with a double major in applied and organizational communication, will experience the internship of a lifetime this summer through the Washington, D.C., Internship for Native Students (WINS).

Victoria Humphreys, a Kent State University senior with a double major in applied and organizational communication, will experience the internship of a lifetime this summer through the Washington, D.C., Internship for Native Students (WINS). 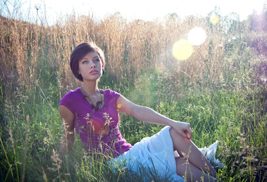 About Humphreys
Born in Phoenix, Ariz., Humphreys is registered with the Gila River Indian Community, from her mother’s side of the family. Humphreys’ immediate family didn’t stay in Phoenix long after her birth, as they moved 28 times before she was in high school. Her family settled in Akron when she was in the seventh grade.

Humphreys' mother graduated from Kent State in 2006, so the university was familiar to the family. Eager to follow in her mother's footsteps, Humphreys applied to the university. She didn't know she was accepted to Kent State until she received a phone call in late August from her mom telling her "to get to campus."

"It was Welcome Weekend, and I just realized I was a Golden Flash," she says. Fast-forward three years to her senior year. Humphreys is the vice president of Kent Communication Society, president of the Native American Student Association, thinking about joining student government and very involved in her classes.

Learning About the Internship
For a class assignment, she had to write a cover letter for the job or internship of her choice. Humphreys started researching Native American internships when she found WINS and fell in love. The class assignment soon became an exercise in job seeking.

Because of a lecture given by Stephanie Smith, adjunct instructor in the School of Journalism and Mass Communication, on governmental public relations, Humphreys asked for her assistance in honing her résumé, cover letter and essays to fit this particular internship.

According to the WINS website, the program “offers students of sovereign American Indian, Alaskan Native and Native Hawaiian nations the opportunity to build leadership skills while living, studying and interning in Washington, D.C."

The Process
Humphreys says the application process was not too difficult for her. She had to show proof of tribal enrollment, have letters of recommendation from professors and the Tribal Student Services’ advisor from her reservation, complete a 500-word essay and apply. As soon as she submitted her application, she heard that she had been accepted.

Now, she is waiting for when she will hear which departments want her to join them this summer, based on her essays. She will make her decision in April. She is crossing her fingers for the Department of Defense.
Humphreys has always wanted to work for the Department of Defense and felt this internship would really help her get her foot in the door. She also aspires to do something that will eventually help Indian youth.

Humphreys has big plans for while she is in Washington, D.C. She will be seeing her family, going on a tour of the White House where she hopes to run into President Barack Obama and his wife, and doing lots of shopping.

Humphreys says that she is excited to make more connections in the Native community while gaining real-world experience this summer. She also knows how awesome this internship will be on her résumé.

“All of my professors and advisors have been amazing during my college career," she says. "Some have gone above and beyond to support me and will continue to help and support me until I graduate.”