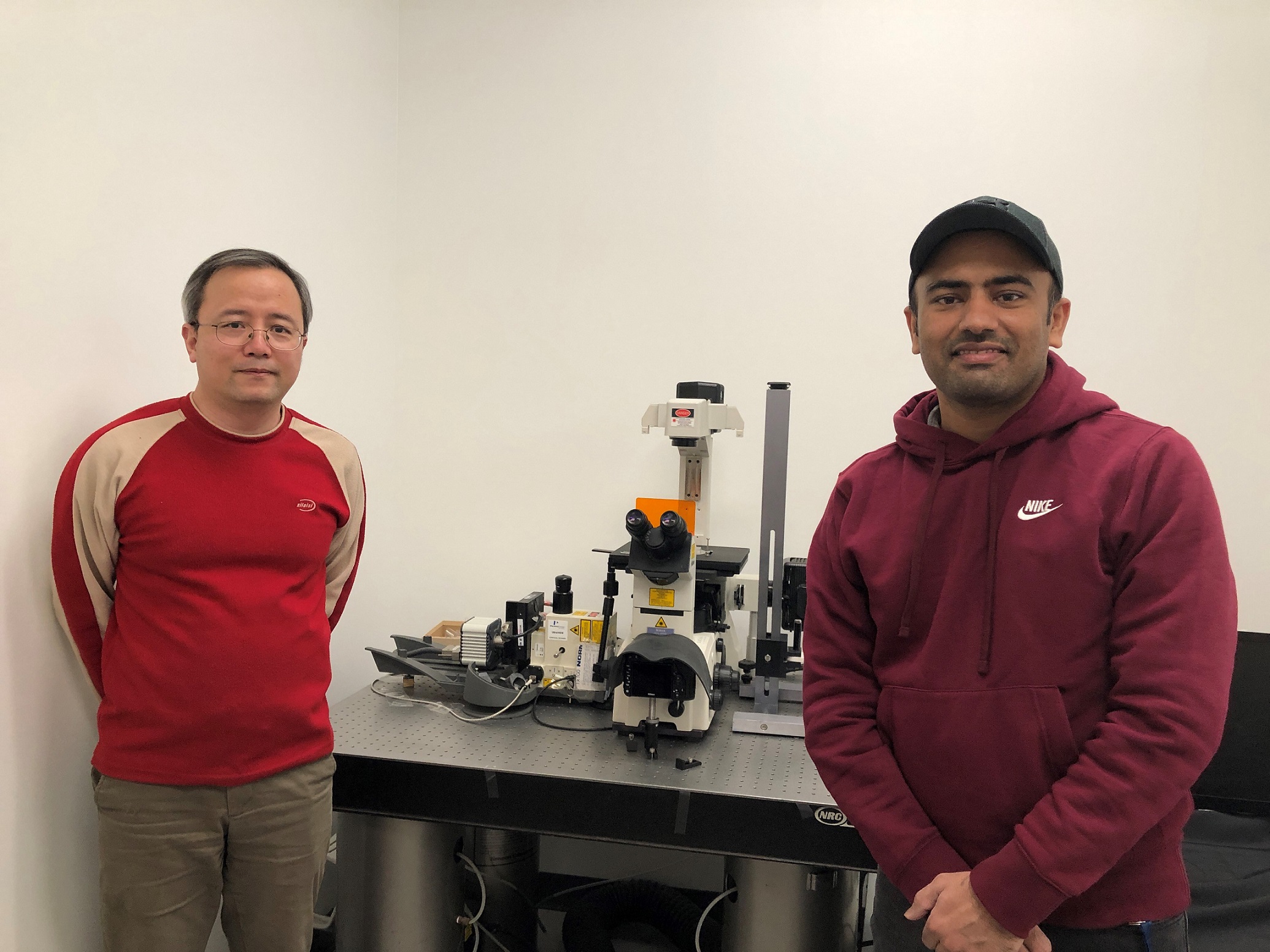 In a new study, researchers report the creation of an artificial molecule with superpowers. It has the potential to revolutionize nanotechnology – and it also explains one of nature’s intriguing enigmas: Why do we have a right hand and a left hand?

When scientists discovered DNA and learned how to control it, science was revolutionized. Today researchers and the medical industry routinely create artificial DNA structures for many purposes, including diagnosis and treatment of diseases. Now an international research team co-led by a Kent State professor reports to have created a powerful supermolecule with the potential to further revolutionize science.

The research and subsequent paper, published in Nature Communications, was co-authored by an international team of researchers, and led by Hanbin Mao, Ph.D., professor at the Department of Chemistry and Biochemistry at Kent State University in the U.S., and Chenguang Lou, Ph.D., associate professor at the Department of Physics, Chemistry and Pharmacy at the University of Southern Denmark. Other members of the team hail from the University of Southern Denmark, Copenhagen University (Denmark), Oxford University (United Kingdom) and ATDBio (United Kingdom).

Next Generation of Nanotechnology

The researchers describe their supermolecule as a marriage between DNA and peptides. DNA is one of the most important biomolecules, and so are peptides; peptide structures are used, among other things, to create artificial proteins and various nanostructures.

“If you combine these two, as we have, you get a very powerful molecular tool, that may lead to the next generation of nanotechnology; it may allow us to make more advanced nanostructures, for example, for detecting diseases,” said corresponding author Lou.

The Cause of Alzheimer’s

According to the researchers, another example is that this marriage of peptides to DNA can be used to create artificial proteins, which will be more stable and thus more reliable to work with than natural proteins, which are vulnerable to heat, ultraviolet (UV) radiation, chemical reagents and more.

“Our next step will be to investigate whether it can be used to explain the cause of Alzheimer’s disease in which malfunctional peptides are culprits,” said corresponding author Mao. The research work reports the mechanical properties of a new structure composed of three-stranded DNA structures and three-stranded peptide structures. It may sound simple, but it’s quite complex.”

Left and Right in Nature

It is rare in nature that DNA and peptide structures are chemically linked like this new structure is. In nature, they often behave like cats and dogs, though some key interactions are essential to any living organisms. One possible reason for this is their so-called chirality – sometimes also described as handedness. All biological structures, from molecules to the human body, have a fixed chirality; think of the human heart, which is always positioned in the left side of the body. DNA is always right-handed, and peptides are always left-handed, so trying to combine them is a highly challenging task.

“Imagine you want to stack your two hands by matching each finger while both palms face the same direction,” Mao said. “You will find out it is impossible to do it. You can only do this if you can trick your two hands into having the same chirality.”

This is what the research team has done: tricked the chirality. They have changed the peptide chirality from left to right so it fits with the chirality of the DNA and works with it instead of repelling it.

“This is the first study to show that the chirality of DNA and peptide structures can communicate and interact when their handedness is changed,” Lou said.

So Why Do We Have a Left and a Right Hand?

The researchers report to be the first to provide an answer to why the biological world is chiral: “The answer is energy,” Mao said. “The chiral world requires the lowest energy to maintain, therefore it is most stable.”

In other words, nature will always seek to spend as little energy as possible.