Whitesides to speak in the Kiva about simplicity 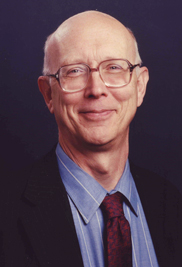 On Oct. 9, Kent State University will host a seminar featuring Harvard Chemistry Professor George M. Whitesides at the Kent Student Center Kiva. The seminar, “Simplicity as a Component of Invention,” will begin at 3:30 p.m. and is free and open to the public.

With more than 950 scholarly scientific articles, Whitesides is one of the most cited scientists in the world for his work in the areas of NMR spectroscopy, organometallic chemistry, molecular self-assembly, soft lithography, microfabrication, microfluidics and nanotechnology.  He is currently the Woodford L. and Ann A. Flowers University Professor at Harvard, one of only 21 university professorships at the institution.  He is listed as an inventor on more than 50 patents and has co-founded more than 12 companies with a combined market capitalization of more than $20 billion.

One of his many current research and development projects, the fabrication of a medical diagnostic lab-on-a-chip, has gained international notoriety for its simple, effective design.  The low-cost “lab-on-a-chip,” made of paper and carpet tape can be made for only one cent.  He has co-founded a nonprofit called Diagnostics for All that aims to provide dirt-cheap diagnostic healthcare devices to people in the developing world.

"Complexity is relatively simple to think about (at least for academics); simplicity is more complex,” Whitesides says.  “This seminar will consider simplicity, together with an idea we call stackability, as a parameter in research, using two examples—one from ongoing large-scale technology, and one from our own research.”

Whitesides received his A.B. degree from Harvard College in 1960 and earned a Ph.D. in chemistry from the California Institute of Technology in 1964. Among his many awards, Whitesides is the recipient of the American Chemical Society's Award in Pure Chemistry (1975), the Arthur C. Cope Award (1995), National Medal of Science (1998), the Kyoto Prize in Materials Science and Engineering (2003), the Dan David Prize (2005), the Welch Award in Chemistry (2005), the Priestley Medal (2007), the Dreyfus Prize in the Chemical Sciences (2009) and the 2009 Benjamin Franklin Medal in Chemistry.

To learn more about Whitesides, go to the Whitesides Research Group home page.

Related video:  Professor Whitesides TED talk (Feb. 2010) on "Toward a Science of Simplicity."