Outspoken transgender advocate Laverne Cox will visit Kent State University to give her “Ain’t I A Woman: My Journey to Womanhood” presentation on Wednesday, Nov. 5, at 7:30 p.m. in the Kent Student Center Ballroom. This event is free and open to the public, but a wristband is required. Required admission wristbands can be reserved starting at 8 a.m. on Oct. 15 at www.eventbrite.com and selecting the “Laverne Cox at Kent State” event. Doors will open at 6:30 p.m. the day of the event. 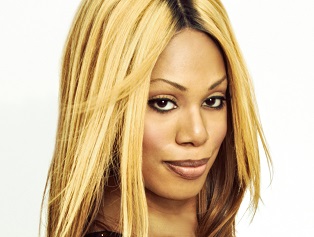 Cox is the first transwoman to produce and star in her own television show, “TRANSForm Me,” and appear on the cover of Time Magazine. She is also the first transwoman of color to have a leading role on a mainstream scripted television show, “Orange Is the New Black.” She received rave reviews and an Emmy nomination for outstanding guest actress for the role of Sophia Burset in the show.

Time Magazine named Sophia Burset the fourth most influential fictional character of 2013. Cox was named one of Out Magazine’s “Out 100,” one of the country’s top 50 trans icons by The Huffington Post and one of Metrosource magazine’s “55 People We Love.” Cox was the recipient of the Anti-Violence Project’s 2013 Courage Award.

A renowned, in-demand speaker, Cox has taken her empowering message of moving beyond gender expectations to live more authentically all over the country. As a transgender advocate, Cox continues to lend her voice to the cause of transgender visibility and equality. She is committed to telling diverse and three-dimensional trans stories in the media.

This event is sponsored by Kent State’s Women's Center, the Office of Sexual and Relationship Violence Support Services (SRVSS), the LGBTQ Student Center and the Student Multicultural Centers. All centers are in Kent State's Division of Diversity, Equity and Inclusion.