Each year, droughts cost crop farmers dearly. They experience not only a loss in yield, but also a reduction in the quality of the crops produced. But, what if new breeds of plants could be created that still thrive even without a drop of rain for weeks? 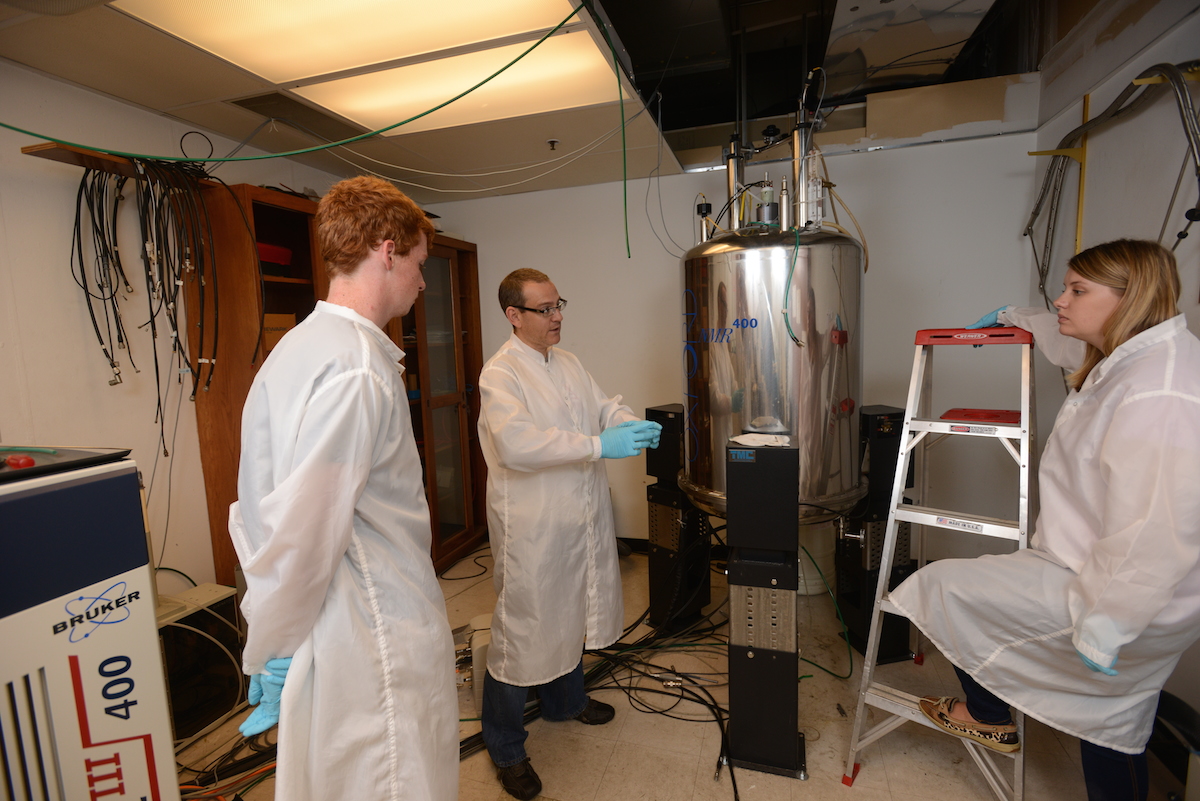 A recent grant award from the National Science Foundation (NSF) will allow scientists at Kent State University to study specific components of the biological membrane and functions of plants, including protein and lipid interactions, to explore new possibilities for plants that typically struggle in extreme environments. The grant was announced this summer.

Edgar E. Kooijman, Ph.D., associate professor of biological sciences in the College of Arts and Sciences at Kent State, was awarded a three-year, $324,000 grant to study “The Secret life of DGPP: Physicochemical Properties and Function of an Enigmatic Signaling Lipid.” Kooijman said this fundamental work on how plant cells respond to environmental stress could ultimately lead to “a new set of tools” for dealing with drought and disease in crop production.

The grant will primarily fund the work of Priya Putta, a Kent State biological sciences doctoral student in Kooijman’s lab, who will spend half a year at the University of Amsterdam learning new plant growing techniques in Professor Christa Testerink’s lab, starting in January.

A biological membrane is made up of lipids (fatty molecules) that form a fluid lipid bilayer, which contains membrane-associated proteins. These membranes are crucial for life as they form a barrier to protect cells from the environment. Plants have evolved intricate ways to cope with environmental stress, such as pathogen attack, drought and salt stress. A key component of this response to stress is that plants make a membrane molecule called diacylglycerolpyrophosphate (DGPP).

“Much still needs to be learned in order to fully appreciate the defining properties of membrane lipids and understand the huge diversity of lipids found in biological membranes,” Kooijman said. “The goal of this work is to unravel the function of this molecule through diverse biophysical and biochemical approaches, and we expect it to yield novel insights in the process of drought tolerance in plants and may lead to novel ways in which crops can be grown in challenging environments.

“Up until now, it has been difficult to breed crops that are tolerant to drought via conventional methods,” Kooijman added. “New methods are needed.

”  This year, California’s drought will cost the state $2.2 billion in losses and added expenses for its giant agriculture industry, while cutting 17,100 or 3.8 percent of the state’s farm jobs, according to a recent report released by the Center for Watershed Sciences at the University of California, Davis.

“If we can come up with novel lipid binding proteins, we could potentially develop new genetic tools and types of crops that could be exploited commercially,” Kooijman said. “Who knows, we might find ways to grow food crops in a desert.”

Photo Caption:
Edgar E. Kooijman, (center) associate professor of biological sciences at Kent State University, explains to students how to use a nuclear magnetic resonance spectrometer. Kooijman will lead an NSF-funded study of the biological membrane and functions of plants to explore new possibilities for plants that struggle in extreme environments.