Live Chat
A computer rendering of the Liberty of Poetry statue (shown here) was used by Kent State University to create the 3D-printed reproduction of the statue.

Kent State University and the Opera di Santa Croce in Florence, Italy, will celebrate a collaborative partnership around the creation of “Sisters in Liberty: From Florence, Italy, to New York, New York,” an exhibition opening on Oct. 17, 2019, and running through April 26, 2020, at the Ellis Island National Museum of Immigration on Ellis Island in New York. 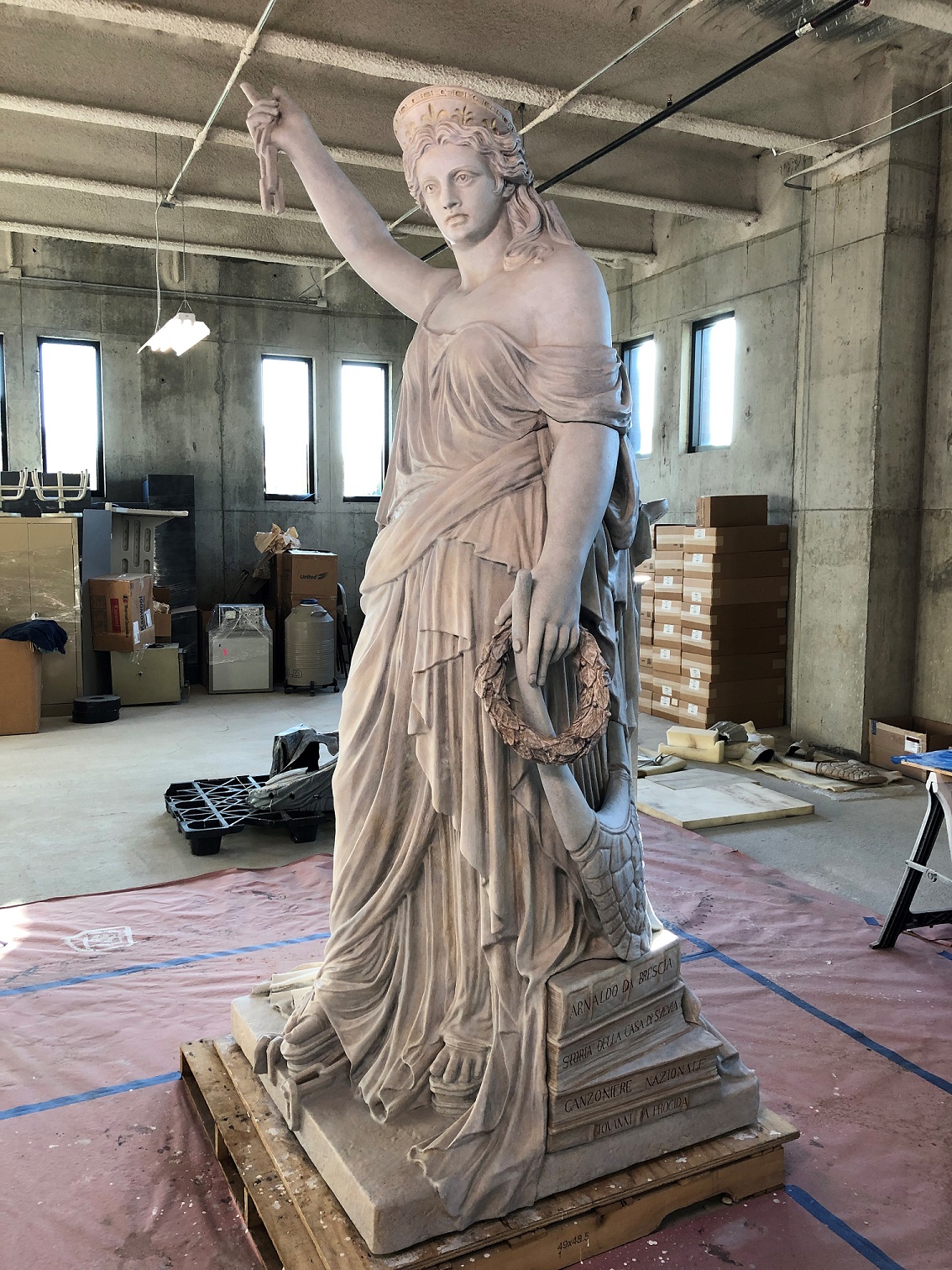 The exhibition features two distinct sculptural personifications of liberty: New York City’s Statue of Liberty Enlightening the World and Florence’s Liberty of Poetry. Visitors to the exhibition will participate in a multimedia experience and be asked to consider the question “What does liberty mean to me?” The exhibition is meant to provide a space for learning and reflection on the quest for liberty and personal freedom and to honor the experiences of immigrants to this country.

Watch a video about the “Sisters in Liberty” exhibition.

“Sisters in Liberty” debuts at a historically significant time, as well as a deeply important anniversary year for Kent State, which will commemorate the 50th anniversary of the May 4, 1970, shootings on its campus. Born from the wound of May 4, Kent State has become an institutional leader on the study of peace and reconciliation, advancing interdisciplinary approaches for listening to and advocating for all members of our larger community.

As a part of this collaboration, the partners leverage existing unique and innovative tools and platforms of the university, including Kent State’s Wick Poetry Center, Design Innovation Initiative and the digital visualization technologies from collaborating faculty in the College of Arts and Sciences, the College of the Arts, and the College of Architecture and Environmental Design.

“I am proud of Kent State’s contribution to this exhibition, which offers visitors new ways of engaging with the themes of liberty,” said James Blank, Ph.D., dean of Kent State’s College of Arts and Sciences and collaborator on this project.

Kent State and the Opera di Santa Croce will host a number of events to complement the exhibition. The U.S. Consulate General in Florence will celebrate 200 years of diplomatic relations between America and Tuscany. Lectures and programs centered on the themes explored in “Sisters in Liberty” will be presented in Florence as part of the celebration.

“We look forward to our continued collaboration with the Opera di Santa Croce and offering important scholastic opportunities for students and researchers,” Blank added.

For more information about Kent State and this exhibition, visit www.listeningtoliberty.com. 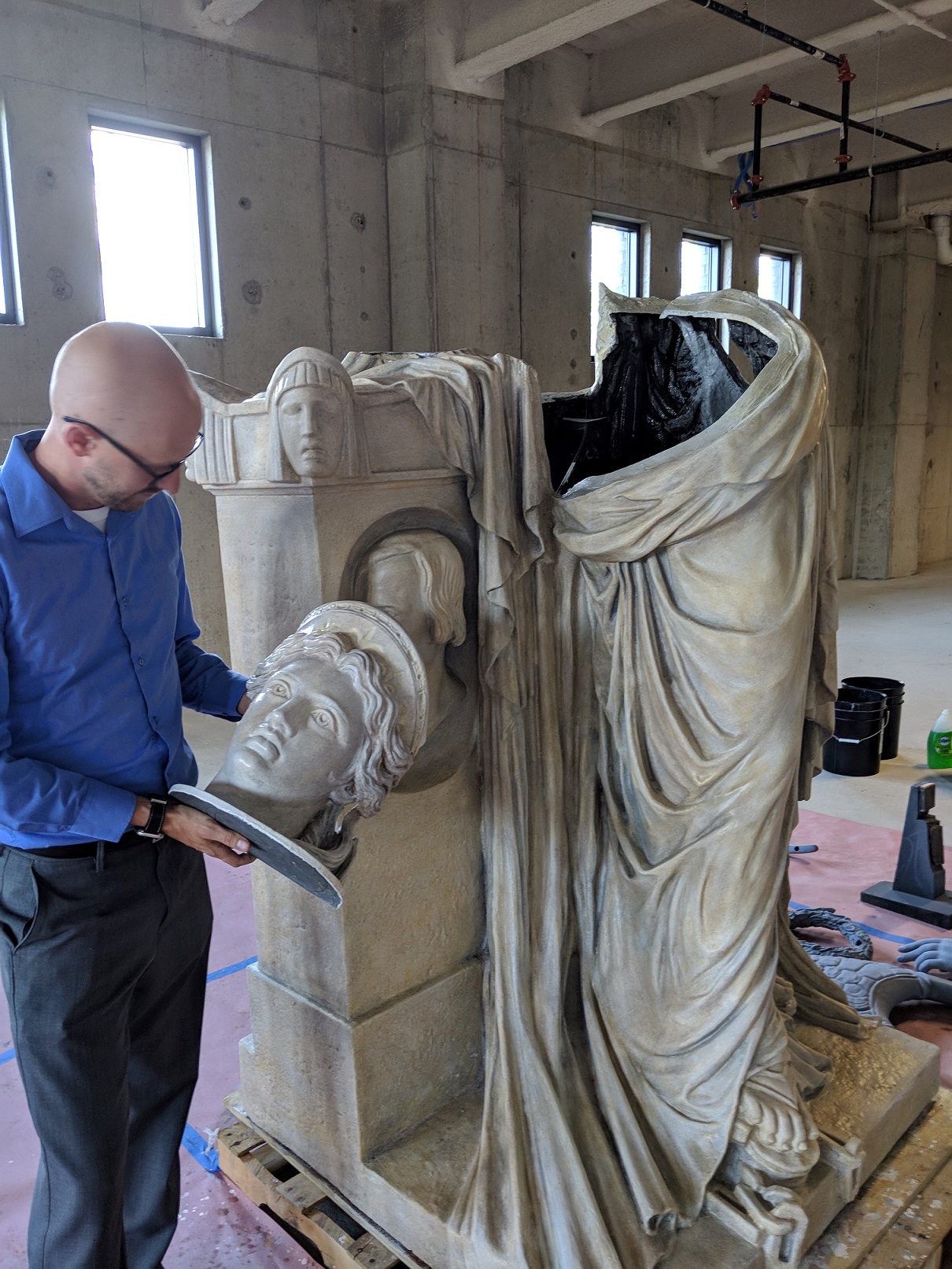 About the Statues
In Italy during the 1860s, the sculptor Pio Fedi was designing a magnificent tomb with a figure of the Liberty of Poetry to honor Giovanni Battista Niccolini, a poet who had inspired and supported the Risorgimento, the Italian struggle for self-determination. The Niccolini monument was inaugurated with a great public celebration in 1877 at the Florentine church of Santa Croce, known as the Temple of the Italian Glories as it is the burial site for some of Italy’s most prominent figures, including Michelangelo, Galileo and Machiavelli. Simultaneously in the 1870s, Frédéric Bartholdi, a French sculptor, envisioned a great gift to the American people in honor of the centennial of American independence. His figure of Liberty Enlightening the World, commonly known as the Statue of Liberty, was inaugurated in New York harbor in 1886.  Both statues bear a significant physical resemblance to each other, as well as a symbolic connection. The Liberty of Poetry was made to represent creative freedom and freedom from foreign occupation, while the Statue of Liberty has long been a symbol of freedom and independence for the American people. However, whether Bartholdi and Fedi ever met or whether they knew of each other’s vision of liberty remains an unknown. Many believe that Bartholdi was inspired by Fedi’s drawings when he was in Florence in the 1860s during the Franco-Prussian War.

About Kent State University
Kent State University is one of 76 public higher-research universities, as categorized by the Carnegie Foundation for the Advancement of Teaching, and is ranked in the first-tier list of Best National Universities by U.S. News & World Report. With eight campuses spanning Northeast Ohio, a College of Podiatric Medicine, a Regional Academic Center, and academic sites in major world cities, such as New York City, Geneva and Florence, Kent State is one of Ohio’s leading public universities and a major educational, economic and cultural resource far beyond the Northeast Ohio region it has served since 1910. The student body comprises more than 37,000 students, including more than 1,500 international students from nearly 100 countries, and the worldwide alumni family exceeds 251,000. The addition of new learning environments from the sciences to the arts and the development of exciting new academic programs, such as aerospace engineering, geographic information science and business analytics, characterize Kent State’s focus on transformational educational experiences.

About Opera di Santa Croce
Opera di Santa Croce is the nonprofit organization in charge of the church and monumental complex of Santa Croce from the 14th century. Its mission is to preserve and promote the cultural, spiritual and artistic heritage that stemmed from the Franciscan roots but flourished with the history of Florence into our modern times. After more than six centuries, this is the first time Opera di Santa Croce has created an exhibition outside Italy.

Photo of bust being inspected during creation of 3D replica of Liberty of Poetry statue:
Joshua Talbott, team leader from Kent State University’s Division of Information Technology, inspects the bust of the 3D-printed replica of the Liberty of Poetry statue that Kent State is creating for the “Sisters in Liberty: From Florence, Italy, to New York, New York” exhibition.