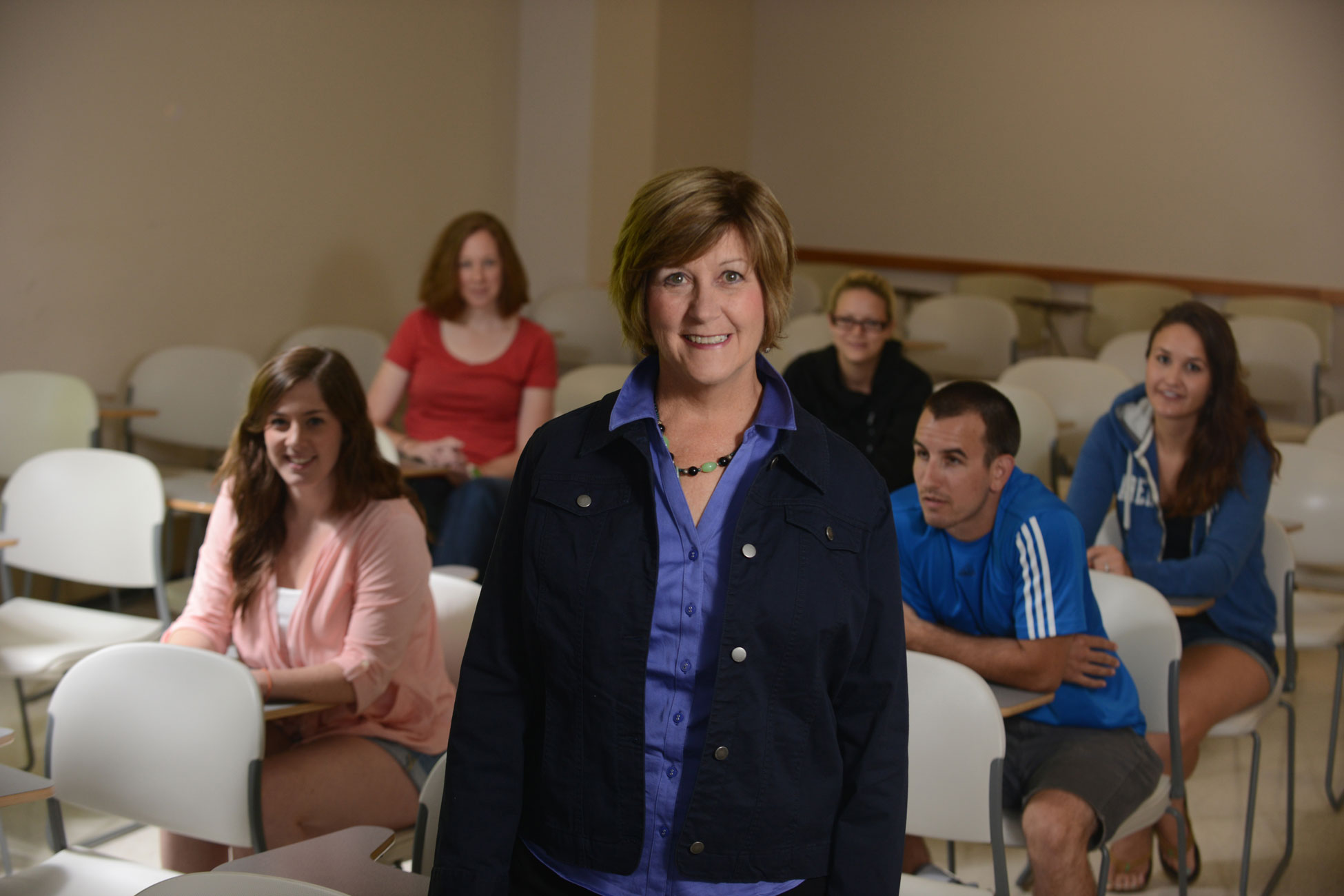 Ann Jacobson is a professor in the College of Nursing and a nationally recognized nursing scholar. Her program of research represents an integration of theories from a variety of disciplines and focuses on testing cognitive-behavioral and complementary therapies for people experiencing procedural pain and for those undergoing knee arthroplasty.

Jacobson has authored or co-authored more than 40 publications in high quality journals, 75 percent of which represent first authorship. Discussion of her research describing patients’ perspectives on total knee replacement appeared both in The Wall Street Journal and The New York Times, and has been translated into Arabic.

She also has studied hospitalization and re-hospitalization rates of patients in a network of nurse-led heart failure clinics and interdisciplinary care at chronic kidney disease centers, and collaborated in disseminating the findings. Jacobson has been instrumental in developing clinical resources for evidence-based practice in chronic care.

Jacobson maintains a clinical practice as an adult clinical nurse specialist (CNS) at Hillcrest Hospital, which is part of the Cleveland Clinic Foundation system. In her role as a CNS, she collaborates with researchers from nursing and other disciplines in supporting clinical studies that focus on optimizing outcomes for people with chronic conditions.

Kent State’s Scholar of the Month recognizes faculty researchers and scholars whose recent work has had an important impact on their professional fields and has brought exposure and notoriety to the university. Each month, a different college will have the opportunity to nominate a researcher/scholar for this recognition. There is also a month when a Regional Campuses faculty member will be featured.