WKSU has named veteran journalist Andrew Meyer as the station’s next news director. His roles include managing WKSU reporters and working with senior staff to set coverage priorities and build relationships within the Northeast Ohio community. The WKSU news staff currently comprises seven full-time reporter/producers stationed in the station’s main broadcast facility in Kent, Ohio, and satellite studios in Cleveland, the Cultural Center in Canton and downtown Akron. 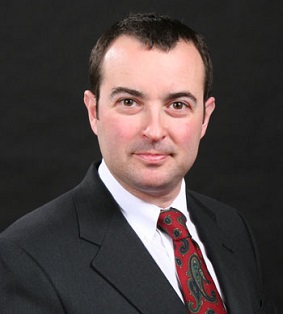 Meyer comes to WKSU from public radio station WBGO in Newark, New Jersey, where he was assistant news director. Along with his management duties at WBGO, he also anchored afternoon newscasts, reported on local and regional stories and hosted a monthly call-in program with then-Newark Mayor Cory Booker and other newsmakers. Before he became a full-time staff member at WBGO, Meyer worked as a freelance reporter/producer for stations in the New York City metropolitan area, such as WNYC and 1010 WINS. He also was a stringer for a number of networks, including NPR.

Meyer was born in Louisville, Kentucky, and holds the commission of Colonel in the Honorable Order of Kentucky Colonels. He and his family will live in Hudson, Ohio.

“I am very pleased that Andrew will be joining our staff,” said Dan Skinner, WKSU executive director and general manager. “His wealth of experience in management and journalism will help the WKSU newsroom do its best to serve the Northeast Ohio community in a time when our region is drawing increased national attention.”