Homecoming Day, Saturday, Oct. 10, 2010, was a fabulous day. The fun and high spirits were enhanced by a record crowd at Tailgate Alley. One of the highlights of the alley was the Centennial Squirrel decorating contest. Viewers had the opportunity to vote for their favorite squirrel in six different categories. There were 34 squirrel entries in two sizes, each decorated uniquely.

Entrants in the contest were comprised of some enterprising businesses and organizations from the city of Kent, Kent State University departments and schools and student groups, as well as individuals from both the community and campus. Each entrant did their best to outdo one another with paint, glue, paper, beads, jewels and various other art and clothing materials. Entered designs showed some really creative takes on the black squirrel ranging from a Michael Jackson look-alike to a fearsome dinosaur (with a “Roo” in his teeth) to a jogger on a handmade treadmill!

First and second places were awarded in each of the six categories. All winners were chosen by popular ballot with the Best of Show ribbon being bestowed on the entry receiving the most votes. 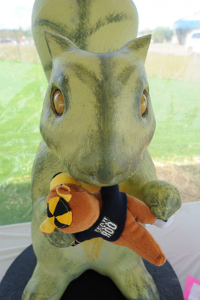 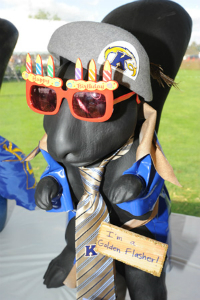 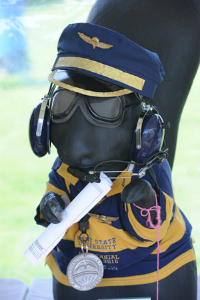 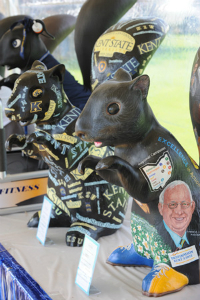 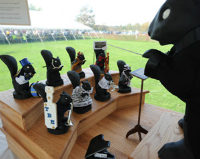