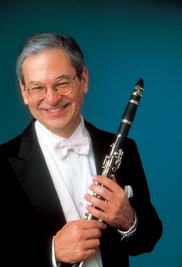 The pair will perform "Sonata for Clarinet and Piano" by Francis Poulenc; "Three Pieces for Solo Clarinet" by Igor Stravinski; "Sonata in f minor, Op. 120 #1" by Johannes Brahms; "Dance Preludes" by Witold Lutoslawki; "Little Shepherd, Girl with the Flaxen Hair and Premiere Rapsodie" by Claude Debussy; and "Introduction, Theme and Variations" by Gioacchino Rossini.

Shifrin is an orchestra soloist, recitalist and chamber music collaborator. He has performed with the Philadelphia Orchestra, the Dallas Symphony and the Denver Symphony, among others, along with orchestras in Italy, Germany and Korea..

Shifrin has served as principal clarinetist for ensembles including the Cleveland Orchestra, the Honolulu Symphony and the Los Angeles Chamber Orchestra. He has been a member of the Chamber Music Society of Lincoln Center since 1989, and he served as its artistic director from 1992 through 2004. Shifrin is one of only two wind players to have been awarded the Avery Fisher Prize.

“One of the world's greatest clarinetists and former Cleveland Orchestra member has a triumphant return to Kent Blossom Music thanks to a generous grant from the Kulas Foundation,” says Keith Robinson, co-artistic director of Kent/Blossom Music and Miami String Quartet cellist. “Joined by Spencer Myer, this concert is sure to be a musical tour de force!”

In an email exchange, Shifrin recalled the following: “I was a student at KBM (Kent/Blossom Music) in 1970 and taught there from (19)74, 75, 76  while I was in the (Cleveland) Orchestra. 1970 was an amazing year for KBM: (Aaron) Copland was there - we did Messiaen's Oiseaux Exotiques with (Pierre) Boulez, Pierrot (Lunaire) with Boulez, Jan DeGaetani and a student group and lots more. It was also the year for the KSU shootings and the death of George Szell. A very intense summer all around!” 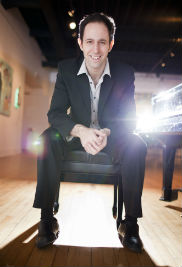 Myer’s involvement in Kent/Blossom Music began in 2007. He has performed as a soloist with ensembles including the Cleveland Orchestra and has appeared with New York City’s Park Avenue Chamber Symphony, the Dayton Philharmonic Orchestra and the Santa Fe Symphony Orchestra, among others.

Myer was the gold medalist of the 2008 New Orleans International Piano Competition. In 2012, he also began performing with cellist Adrian Daurov as the Daurov/Myer Duo.

Founded in 1937, the Kulas Foundation’s annual grants go toward music education, institutions and performances in the Greater Cleveland area.

A six-concert subscription is $72 for adults and $60 for seniors. To purchase a subscription, call the Kent/Blossom Music office at 330-672-2613. Subscriptions may be purchased with check or credit card (Visa, MasterCard or Discover).

Single tickets also are on sale at $15 for adults, $13 for seniors, $5 for students. For more information about the Kent/Blossom Music Festival, visit www.kent.edu/blossom.