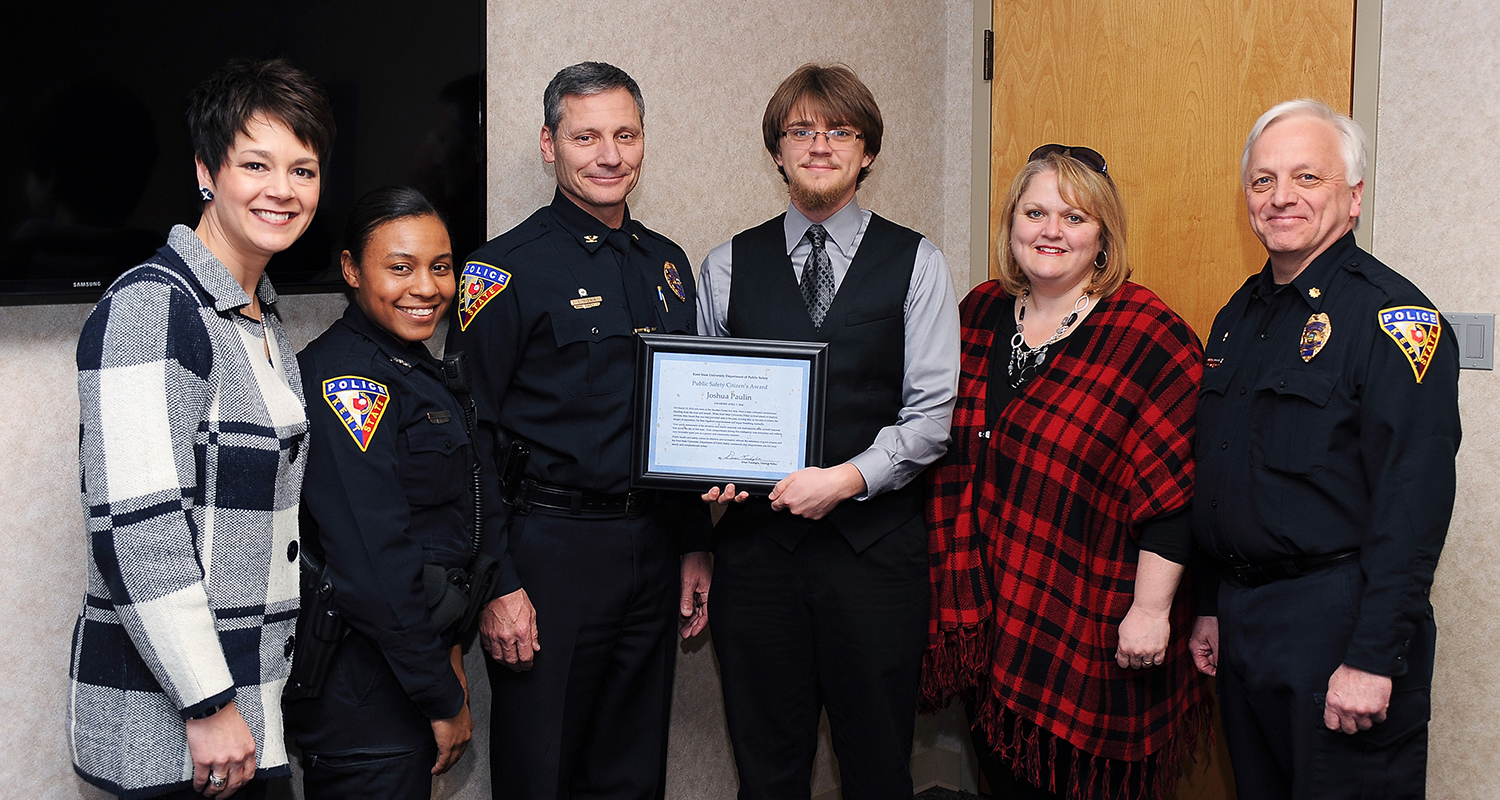 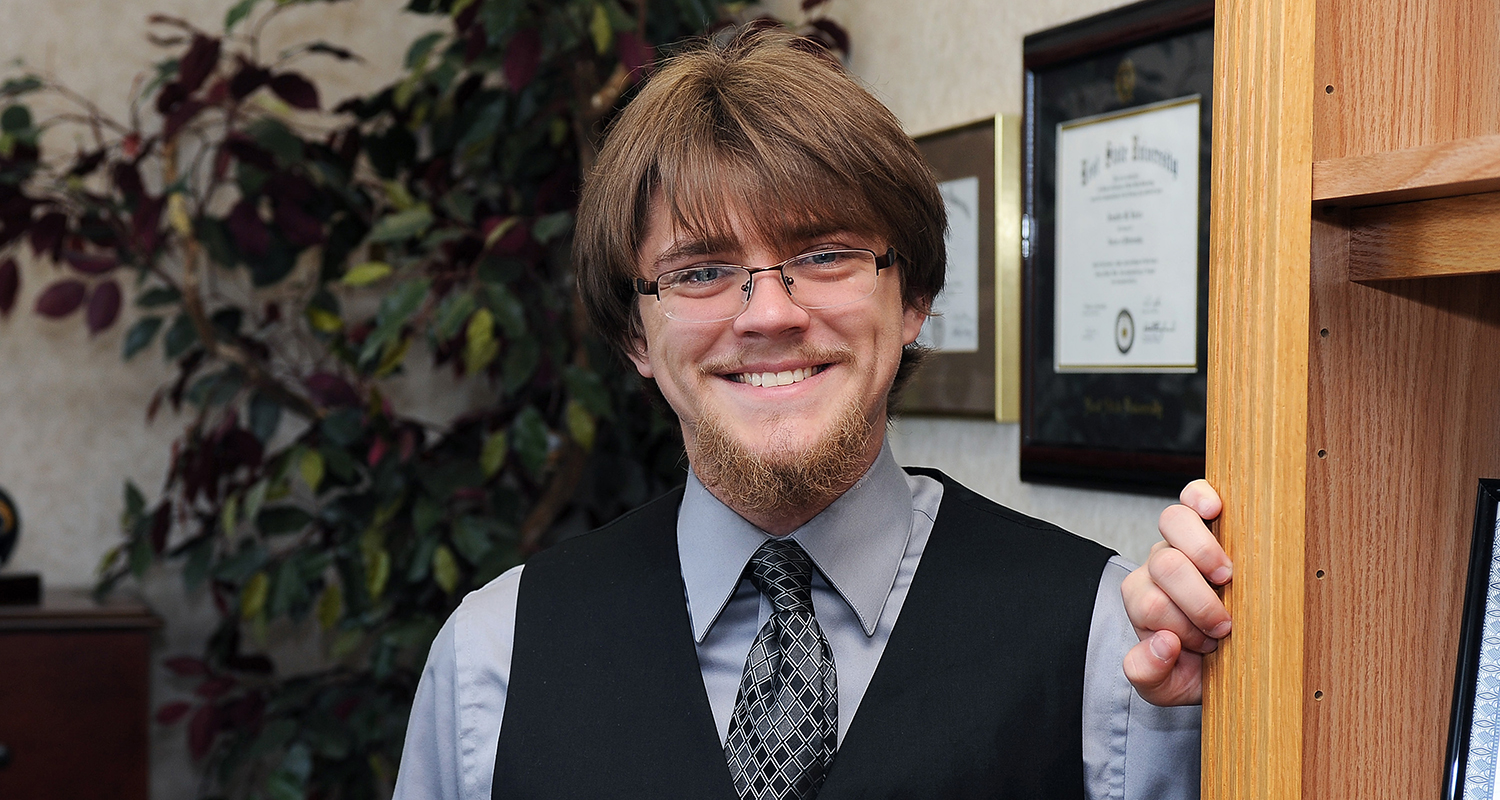 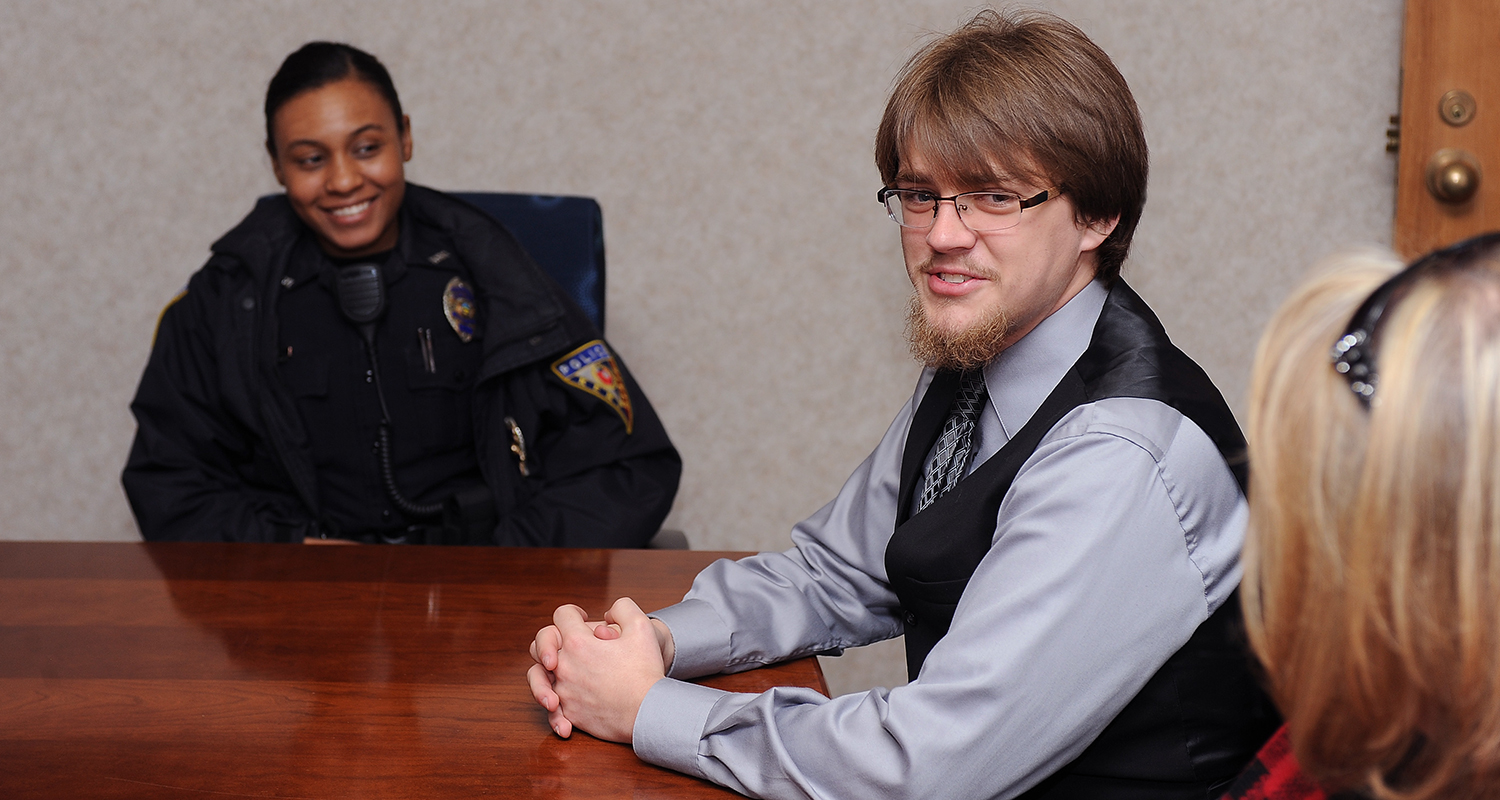 Kent State University freshman Josh Paulin is not only a good student, but an exemplary citizen.

On March 13, 2016, Paulin saved a man’s life, and now Kent State’s Department of Public Safety is honoring Paulin for his heroic acts.

It all started while he was waiting at a bus stop near the Kent Student Center Kiva. Paulin saw a man walk behind him, and then heard a loud thump. The man had collapsed.

“So I turned around and saw that he was on the ground unconscious,” Paulin remembered.

Using his training as an Eagle Scout, Paulin kept the man’s airways open until paramedics arrived.

“I rolled him over on his side, I took off my jacket and put it underneath his head because his head would have been leaning too far down,” he said. “I was worried about his neck.”

“We are so very proud that he would be that selfless,” Kulics said. “To me, it shows that we truly have students who are undeniably Kent State.”

Paulin refuses to consider himself a hero. He said he just wanted to help.

“I don’t want to be another bystander saying, ‘Oh, poor him,’ and then walking off,” Paulin said. “I thought he would have done the same for me.”

Despite his training and skills, Paulin does not have any plans to enter the field of public safety. Paulin is an accounting major in Kent State’s College of Business and Administration.

At 50, Kent Student Center Is Still the Heartbeat of the Campus
Kent State Again Recognized as One of Campus Pride’s ‘Best of the Best’ Colleges and Universities for LGBTQ+ Students
Richantae Johnson Appointed Kent State’s Interim Director of Gender Equity and Title IX Coordinator
Friday, March 3, 2023 - 03:30am
[title]